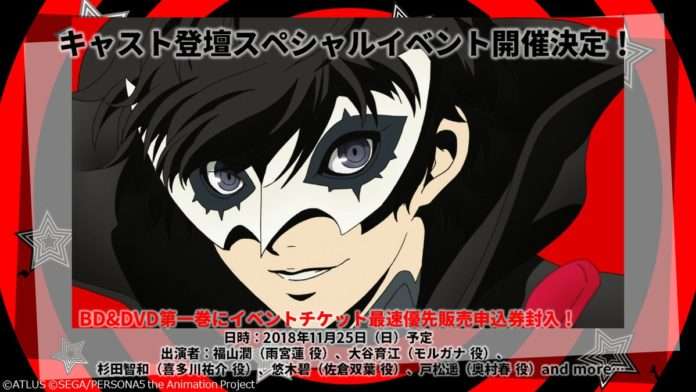 Alongside the broadcast of episode 4 of Persona 5 the Animation yesterday, a special event featuring the main cast for the anime was announced to take place on November 25, 2018.

The Volume 1 Blu-ray and DVD release for Persona 5 the Animation will be released on June 27th. The limited edition of this home release will include a fast priority sale ticket to purchase a ticket to the November event.

Future details for the event will be announced at a later date.