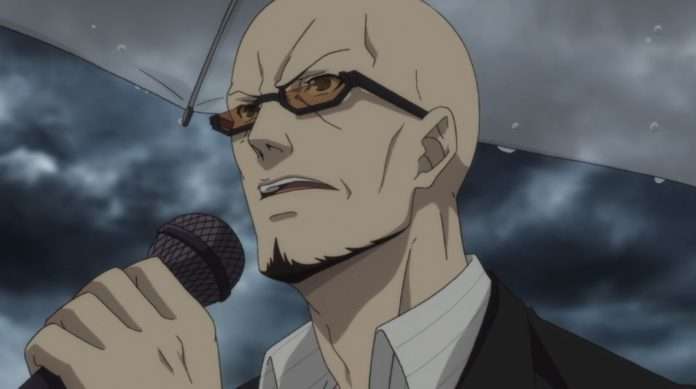 Before we begin, I’d first like to ask you some questions. How are you? Did the past year treat you well? It’s been quite some time since the last review, so I thought I’d check in. In any case, let’s get right down to it. The special “Dark Sun…” episode of Persona 5 The Animation doesn’t even bother to try to hide the fact that Ren is alive, bringing him immediately back into play after a couple of minutes. Which makes sense, seeing as how that wasn’t a particularly important twist to begin with.

Unfortunately, the opening is pretty dull, though Shido manages to elevate it somewhat. We’ve dealt with teachers who abuse their position, con artists, hackers, corrupt businessmen and the like, but none of them remotely compare to corrupt politicians and the danger they potentially pose to the world. And Dark Sun… actually does a good job of leveraging that pretty well. Shido hasn’t had much of a presence until now, but they did a good job of making his newfound presence have an impact (even if they lean on the cheesy “he was behind everything!” trope).

I was really looking forward to seeing how this special would handle Persona 5’s pivotal twist (since I was disappointed with it), but the its take on it is simply just okay. It’s a definite improvement over the game, since we see the legwork the Phantom Thieves put into setting the plan up. The problem is that it’s told in such a dry and boring way. Plot twists of this nature are supposed to be stylish and exciting, something neither the game nor the anime even remotely grasped. Having a successful plan told back to you in such a straightforward manner is just unsatisfying. 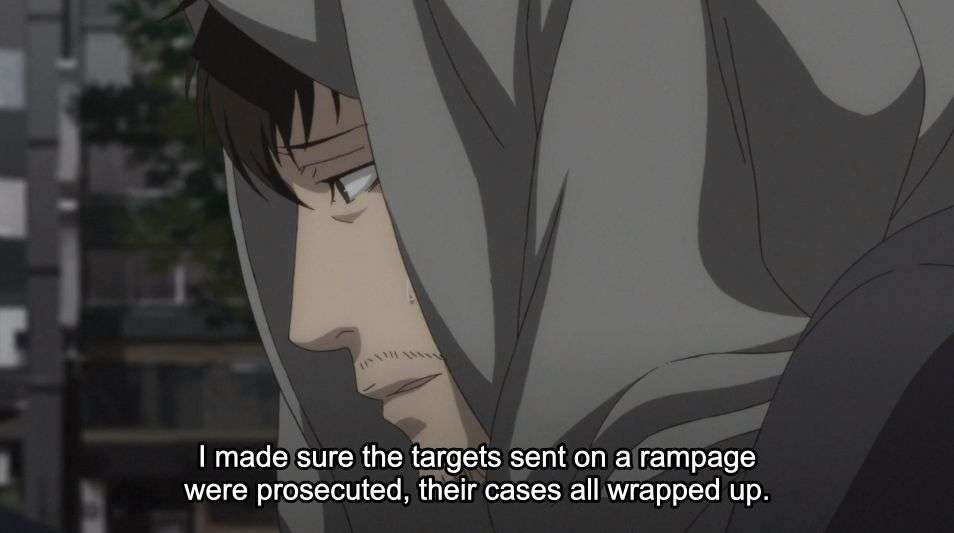 Puzzling enough, the special decided to keep that infamously bad exposition scene. The one where Akechi and Shido recount their past to each other as if there was a third party present. It was easily the weakest moment in the game in terms of writing, and it’s not that much better here either. It almost verges into “so bad it’s good” territory since the characters are shamelessly indulging in exposition, but it unfortunately doesn’t make it there.

They missed out on a huge opportunity in actually having Ren express his feelings towards Shido, something the game never really got into. We’re talking about a high profile politician who incriminated Ren on false charges. That has to conjure all sorts of feelings. Fear, anger, anxiety… anything. And yet it’s completely glossed over like it was nothing. Even at the very end, the staff’s unwillingness to significantly characterize Ren is beyond disappointing. 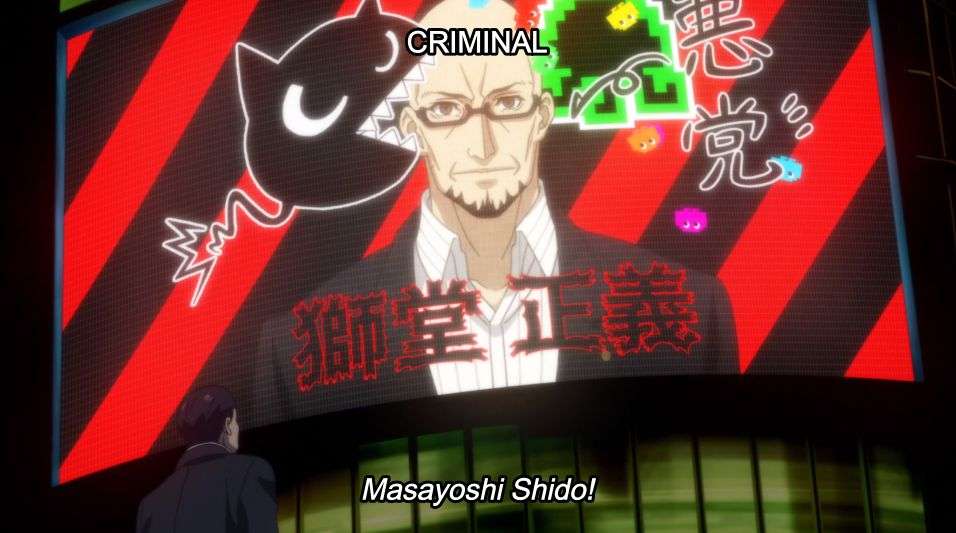 The final calling card is just as fun and as exciting as it was in the game, and it nicely segues into what is undoubtedly the special’s strongest section: the dungeon montage! Dungeon montages were a staple of Persona 5 The Animation, and its done better than ever. While yes, it largely skips over the dungeon (though to the special’s benefit, the dungeon is arguably a slog) what’s briefly shown at least gives us a good idea of what it was like. It’s exciting, fast-paced and genuinely funny at times (I’m sure everyone laughed at the mouse section). I also appreciated how Haru got her moment with one of the crooks (since you know, Haru reacting negatively to her father’s death after her arc is always a good thing).

The montage eventually gives way to the fateful encounter against the “traitor,” and to say that it’s the crux of the entire arc would be an understatement. The entire story has built up to this one moment; Shido may be a gigantic threat, but the traitor is largely responsible for the unique narrative device and the story’s biggest twist. So how does Dark Sun… handle it? If your answer was “adequately” you’re right on the mark. 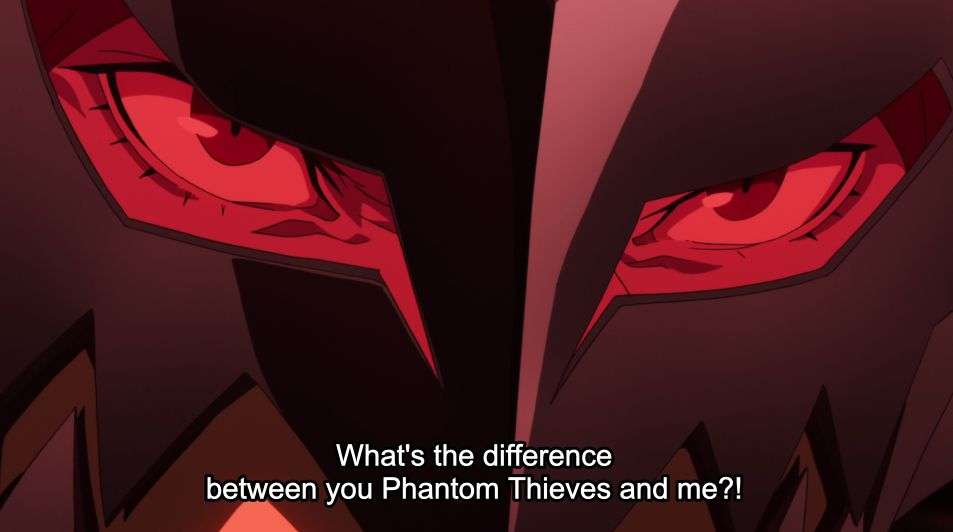 The group’s confrontation against Goro Akechi is incredibly straightforward (with dialogue that feels like it was ripped straight from the game). There are some minor alterations here and there, such as the team splitting up to deal with the strengthened shadows while Joker takes on Goro alone, but there aren’t too many flourishes here. Compared to the game, this segment is very rushed, and there isn’t that much time spent on conveying Goro’s true emotions. It doesn’t help that the original version of this scene in the game is riddled with flaws, even if I consider it a high point in the story. 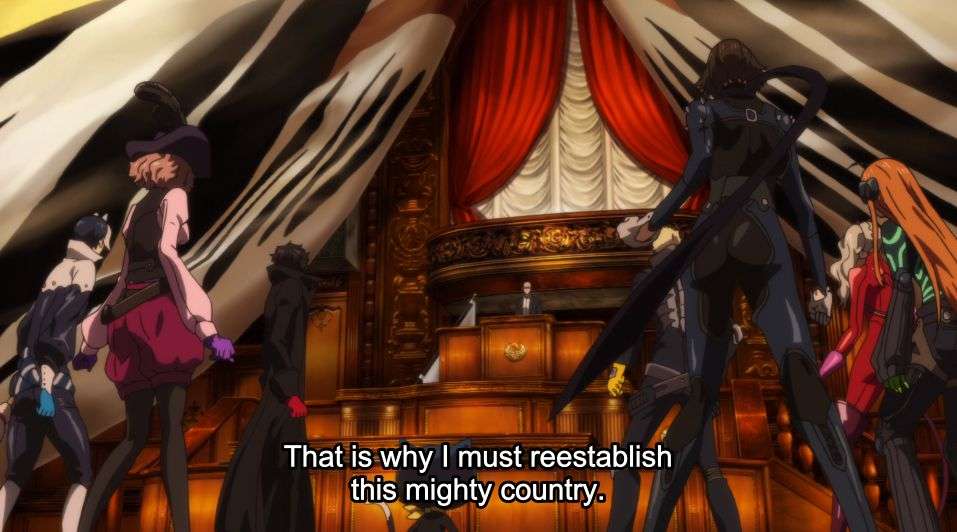 Fortunately, Shido’s confrontation is handled a lot better than Goro’s. The pre-battle dialogue is exciting, as Shido’s speech does a great job of raising the tension. These aren’t the ravings of an exaggerated lunatic; they’re measured words politicians have used in real life, to terrifying consequences. It’s one of my favorite moments in the game, and the anime arguably improves on it. I only wish the boss fight itself was anywhere near as good since it’s a rather rushed take on how his boss fight progresses in the game (to the point where you can’t really appreciate any of the phases). Alice’s cameo was pretty nice, at least 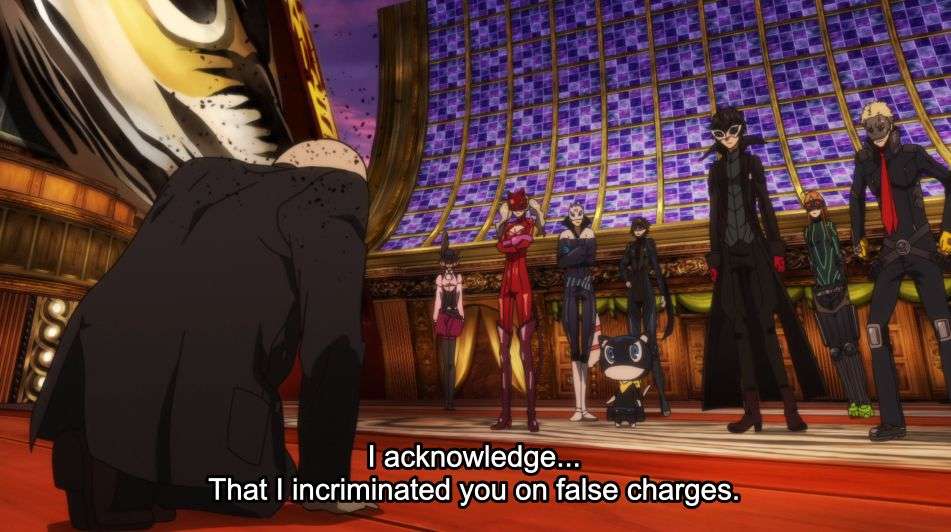 All in all, Dark Sun was a pretty decent adaptation of the Shido arc. As a follow-up to Persona 5 The Animation, Dark Sun… was… adequate. The art, animation, pacing and general direction were all sufficient. To put it another way, that means it didn’t disappoint me, but it didn’t wow me either. You could make the argument that it was rushed, and it might have been better if it received more episodes to better convey the story, but I greatly dislike the thought of sitting through multiple episodes of varying quality.

If anything, this arc would have been tremendously improved if it cut out even more content, and if it instead went all out during the pivotal moments. In any case, Dark Sun… is a good watch for those who stuck with the anime until the very end and enjoyed it, flaws and all. For everyone else, this special is an easy pass.