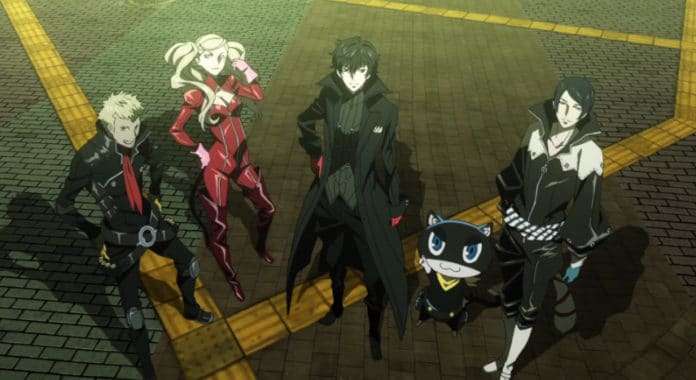 Persona has always had an interesting relationship with anime adaptations. Persona: Trinity Souls was Atlus’s first attempt at making an anime, and to say that it was a disappointment would be a massive, massive understatement. Trinity Souls was a beautiful, spectacular, unmitigated disaster. A completely incomprehensible mess of an anime that had little to do with Persona beyond a few tenuous connections and bizarre cameos.

It wasn’t until 2011 that we were graced with a second Persona anime: Persona 4: The Animation. And while it wasn’t terrible, it was definitely lacking in several areas that ultimately made it disappointing for many. And the less said about the abysmal anime that was Persona 4: The Golden Animation, the better.

Suffice it to say, the announcement of a Persona 5 anime tie-in left me feeling more than a little wary considering Atlus’s track record. With Persona 5 on the way, (a week for some, 161 days for many others) it would be in Atlus’s absolute best interest to deliver a stunner of an anime, something that would leave a solid early impression for those eagerly awaiting the release of the game. So how does Persona 5: The Day Breakers measure up? Well, pretty decently actually.

This is a Prologue (Sorta) 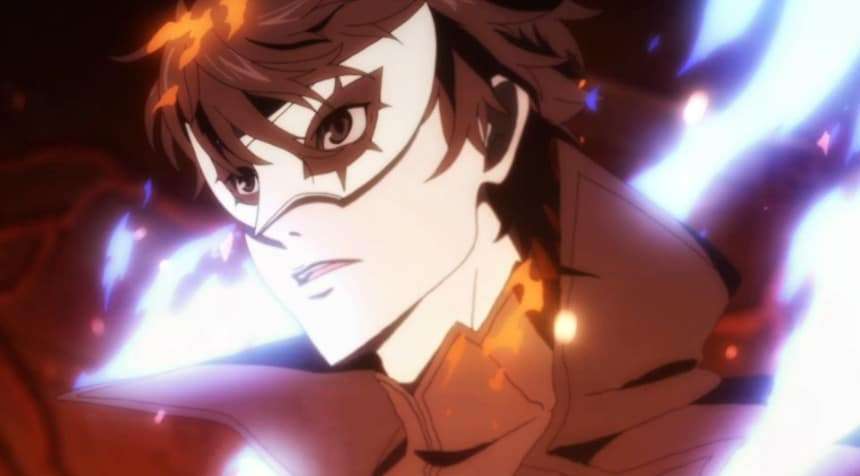 Persona 5: The Day Breakers is an anime that covers a relatively minor portion of Persona 5. There are no major character introductions, no major events, no world building—none of that. Instead we’re treated to a simple short story involving a small set of characters and the Phantom Thieves. It centers around a brand new character: Kazuya Makigami. He’s a nervous, irritable individual who seems to have gotten into a bad situation. As a member of a group of (actual) thieves, he is ostensibly coerced into helping his crew break into establishments and steal anything they can get their hands on.

The episode largely focuses on how he deals with the stress of being forced into working on these jobs, along with his contact with the Phantom Thieves (who he initially contemplates asking for help). While that might sound disappointing, I can assure you that it’s much better in practice. The Phantom Thieves are an absolute delight to watch; there’s a joy in seeing them come up with plans, discuss recent events and work together as a cohesive unit.

The anime does a great job of getting the viewer invested in the group dynamic, something that will be a major factor in the actual game. It’s worth noting that while The Day Breakers takes place a decent ways into the game, it’s essentially a demo for how the Phantom Thieves operate. We’re treated to juuuuust enough content to wet our appetites, but not enough to spoil anything notable, which is perfect for people who were looking to play Persona 5 completely blind.

A Tale of Two Brothers 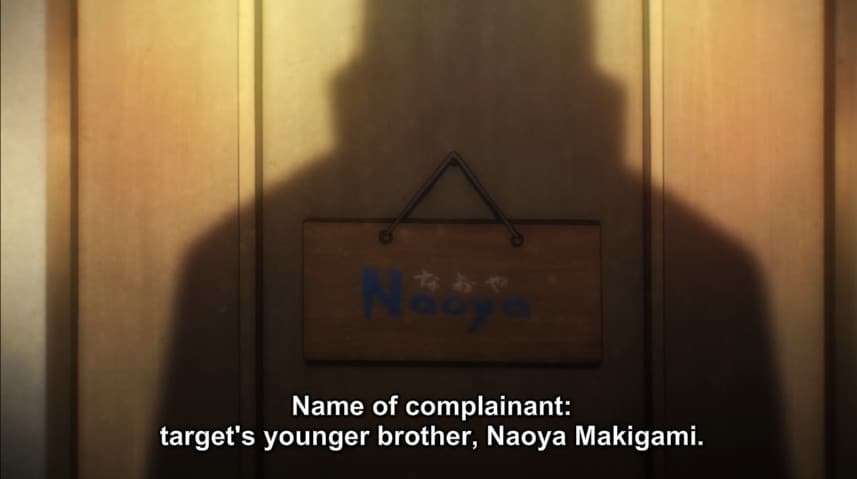 A little over halfway through the episode, we’re introduced to Kazuya’s younger brother, and it’s from that point where the episode takes on a sharply different tone. From the very beginning, the episode paints Kazuya as a somewhat sympathetic individual who’s merely in a bad spot, but the shoe drops in the most magnificent of ways. Kazuya isn’t someone that needed to be saved by the Phantom Thieves; he was their target. This is a brilliant twist and one of the highlights of the entire episode. Domestic abuse is an incredibly tricky subject to tackle. There’s usually a lack of nuance when approaching it, and it’s almost always handled in a rather cliche way. To see the anime approach such an uncommon angle of domestic abuse between siblings was welcomed, and it definitely has me feeling optimistic for how Persona 5 will tackle similarly unpleasant topics.

In the end, Kazuya has his heart reformed by the Phantom Thieves, but it’s not presented in a completely positive manner. There’s a certain underlying eeriness to the scene that follows, because Kazuya becomes a completely different person. And it’s at that moment where the anime raises an interesting moral quandary: were the Phantom Thieves in the right here? On the one hand, they may have made the world a better place by reforming Kazuya, and preventing him from further abusing or possibly even killing his younger brother. But on the other hand, what they’re doing is forcing their own values on another person and changing them without their consent. “Brainwashing” is a term that’s being thrown around, and while I don’t necessarily agree with it, I agree with the underlying sentiment.

The Phantom Thieves are essentially destroying a part of a person to make them “better” and that’s honestly pretty heinous. This is something that (high school detective) Goro Akechi points out at the beginning of the episode, and it’s yet another aspect of the game that intrigues me. Goro’s clash with the Phantom Thieves will undoubtedly prove to be interesting, especially considering that he will eventually join the Phantom Thieves. In the end, the episode doesn’t end on a triumphant note, but on a somber one. It leaves the viewer asking the question: “How will things escalate from here?” 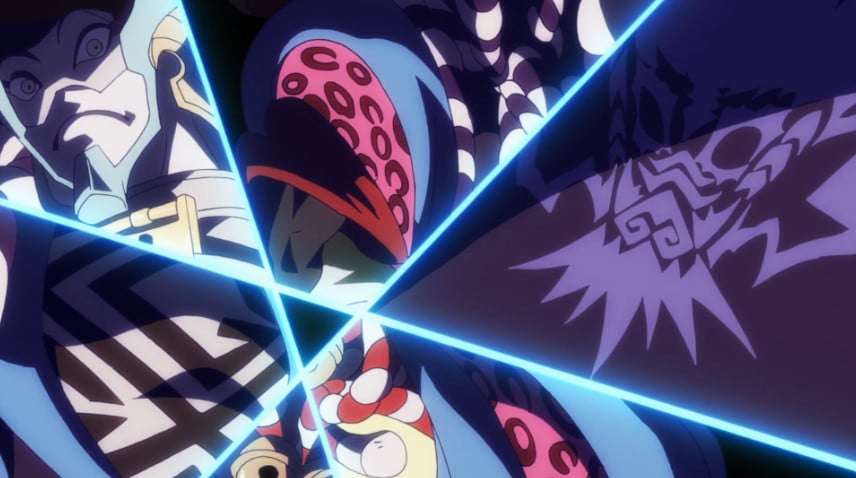 So I covered how the anime’s narrative plays out, but what about the production quality? The Day Breakers was made by A-1 Pictures, a different animation studio from the one that is handling the in-game cutscenes in Persona 5 (Production I.G), and the difference between them is like night and day. Art and animation are noticeably worse in the anime, and while the characters are rendered somewhat faithfully, it’s not always consistent.

Frequent off-model shots are interspersed throughout the anime, and Shibuya itself is depicted in a drab and boring way. By far the most disappointing aspect of the anime is the fight scene at the end. While there are some cool shots, the fight ultimately feels slow and low energy in a way it shouldn’t, noticeably lacking the vigor and intensity that made the fights from Persona 4: The Animation so great.

As far as direction goes, the anime is fairly competent from start to finish, though the pacing is a little wonky. It starts out very fast, going from scene to scene in a rapid-fire style, and eventually manages to slow down towards the end. The first half is underwhelming as a result, but the second half is fortunately a lot better. From a technical standpoint, The Day Breakers is a decidedly average anime. 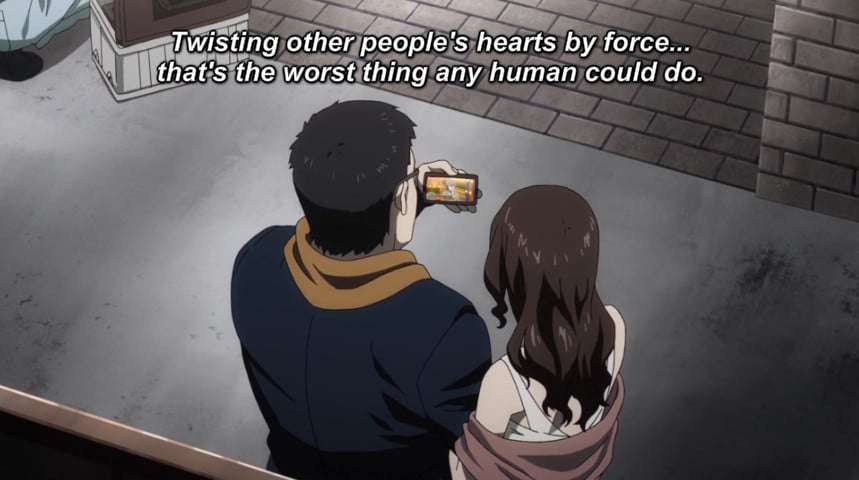 I came away feeling pretty good about the anime. It was a brief look into the world of Persona 5, with serviceable art and animation, and surprising in ways I never would have expected. It keeps its cards close, choosing not to divulge too much, but giving the viewer just enough information to really think about the world of Persona 5 and question the Phantom Thieves. I wouldn’t say it was particularly outstanding as an anime, but as far as being a prologue for Persona 5? It definitely got the job done.