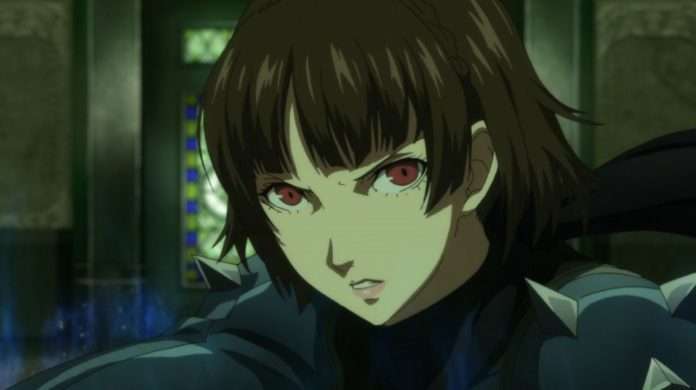 Up until now, despite its many ups and downs, Persona 5: The Animation has mostly maintained a consistent visual quality. Emphasis on “up until now”, because episode 11 was by far and away the ugliest and most visually unappealing episode so far. I’m aware that budget episodes are sometimes a necessary reality in anime, especially ones with a shaky production schedule, but the timing couldn’t have been worse. What with this being Makoto’s ‘Awakening’ sequence, her big moment and high point of the Kaneshiro arc.

To be clear, episode 11 isn’t a bad episode by any means, and in comparison to last week’s episode, it was a definite improvement. The metaverse version of Shibuya is sufficiently unnerving, and Kaneshiro’s cognitive victims are an equal mix of pitiable and creepy. I also like how the anime gives us a bit of Makoto’s past with some all-anime original content, showing her growth from a precocious child with zero cares, to sullen teenager with heavy burdens. 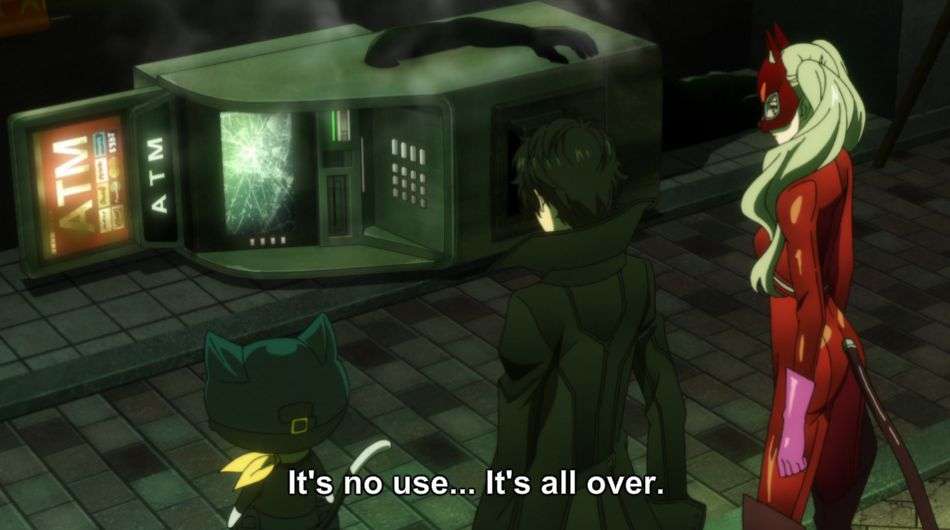 That said, while these scenes were enjoyable, they went by a little too quick for my liking. Makoto’s father barely felt like a character in the game, and that hasn’t really changed in the anime, which is a shame, because they definitely could have fleshed out the incident that cost him his life. Instead, he ends up being a speed bump in the narrative, with his primary purpose being to set up how depressing Sae and Makoto’s life situations.

The confrontation with Kaneshiro received some changes, and mostly for the better. Kaneshiro was always a scumbag, but he’s downright creepy in the anime. The way he first appears out of nowhere and grabs Makoto, his speaking style, and his warped facial expressions… the anime does a much better job of selling this guy as a supreme scumbag. The anime also ramps up the tension by showing us how Makoto gets restrained, further showing how powerless she and the other Phantom Thieves are in the real world. Of course, it would have been much better if the art in this particular scene wasn’t distractingly bad (seriously, nobody is on model). 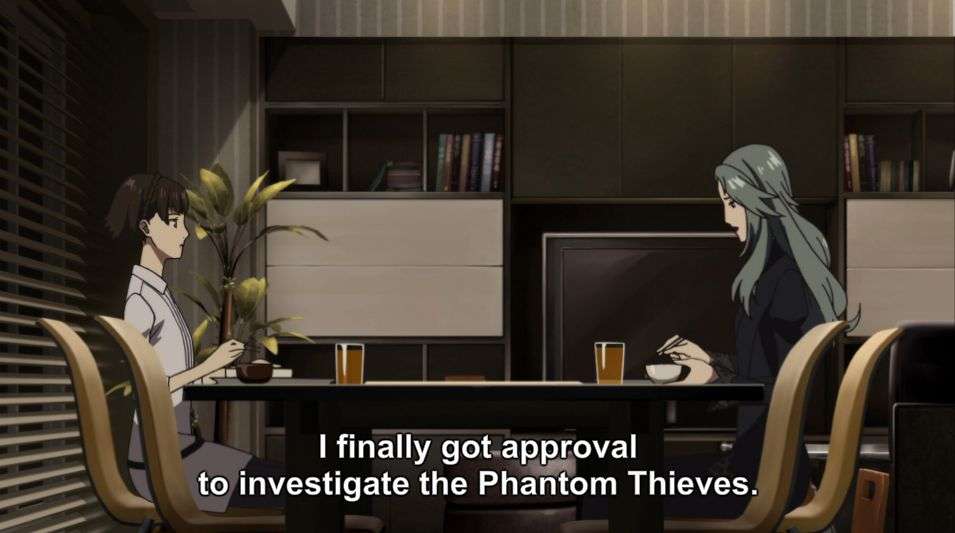 This episode also highlights how needlessly repetitive and on the nose Persona 5‘s writing can get. Like, did we really need a scene in which Ann calls out Makoto for being useless, only for the show to immediately flashback to an instance wherein Sae calls her useless… a scene that was literally shown earlier in the episode? Repetition defines this arc, as Makoto has to constantly remind you about her feelings of inadequacy or that she will be useful. The anime even adds a sequence in which Makoto spots a motorbike commercial on her way to meet the Phantom Thieves, with the commercial “promising freedom”, something she openly scoffs at. Calling it on the nose doesn’t begin to give it justice.

Then there’s the pandering. The anime hasn’t really held back on this front, though it was limited to cheap shots of Ann’s boobs/ass. None of those instances come close to the (almost hilarious) gratuitous shot of Makoto’s ass at the end of the episode. I’ll commend them for making said ass shot one of the only well-drawn shots in the episode, but it’s honestly not something I should be praising them for. To be blunt, I really dislike this kind of pandering because it’s completely unnecessary and demeaning. 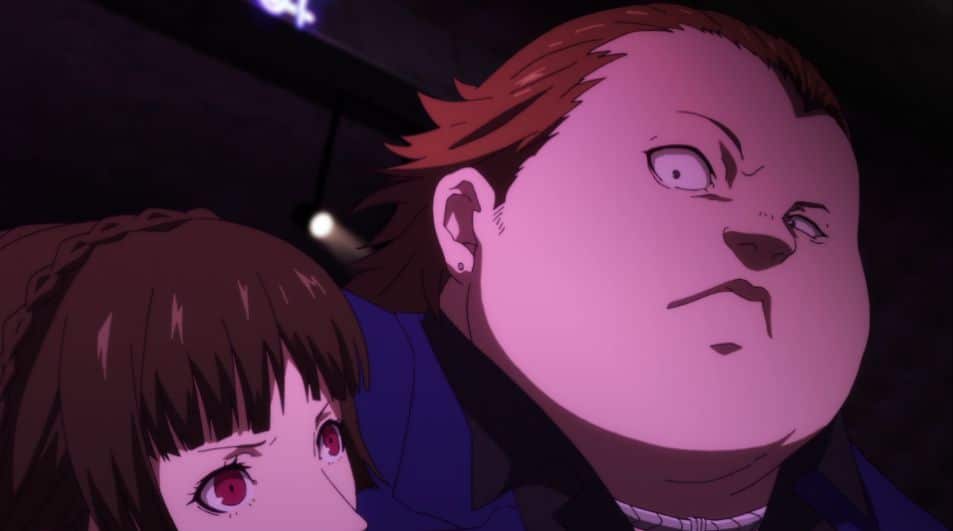 Seriously, Makoto of all characters, inarguably one of Persona 5‘s coolest characters, doesn’t deserve this. Makoto’s ‘Awakening’ scene was the perfect refutation to when, earlier in the episode, Kaneshiro taunts her by saying she should just give herself up to powerful men. That she won’t end up being someone’s plaything anymore… it’s a nice moment that’s undercut by that senseless fanservice shot.

I know I’m being hyperbolic, but it sends the message that the creators don’t truly respect Makoto as a character, and it hurts to see that they’re more than willing to sell her out for cheap titillation. It’s unfortunate, and at this point, I can’t say I don’t expect this out of the anime or even Atlus anymore.

I hate to sound negative because I still enjoyed this episode in spite of its flaws. I love how they turned Makoto’s aikido into a gag here, with her willingness to throw down in spite of her situation being genuinely funny. Her ‘Awakening’ might have suffered from poor animation, but I like how it was more visceral, what with her experiencing more pain, and making her transformation into her Phantom Thief self more impactful. Additionally, the catharsis factor is still on point, and I can’t really say no to a persona bike.

All in all, this episode wasn’t terrible, but a let down compared to episodes 6-9. Hopefully, the team finds their groove again, because this show is stellar when it wants to be.