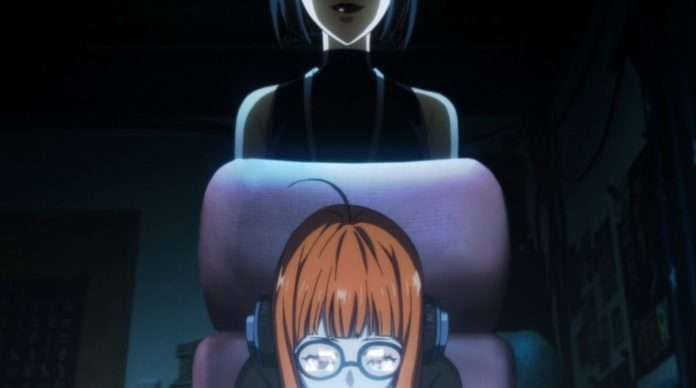 As the Persona 5 anime takes its time getting into the meat of Futaba’s storyline, I feel more confident in believing that another season is on its way. After all, if the Futaba arc ends on episode 17 (which is likely), that leaves the show with a meager 7 episodes to wrap things up, which to be frank, is impossible. There’s just too much to cover, and the anime clearly intends to cover Haru and Goro’s respective arcs. That said, I’m not naive enough to completely discount the possibility of the anime making huge cuts to cover everything, but that would be… interesting.

That aside episode 17 was rather solid overall. The anime has gotten pretty good at juggling between the real world and the Metaverse, focusing more on interpersonal relationships while lessening the importance of combat and exploration. It’s a little regrettable that dungeon exploration was de-emphasized to such a degree (I was disappointed when the anime shortened the hilarious Indiana Jones-esque boulder chase and the rest of Futaba’s dungeon), but it’s ultimately an understandable change. 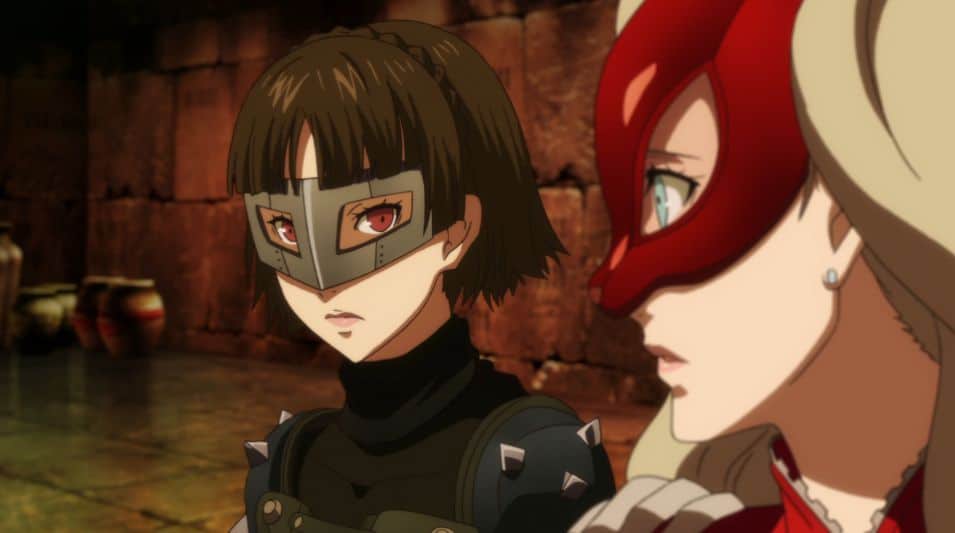 What really stood out in this episode to me, was the commitment to Ann’s role in the group. As the most empathetic member of the Phantom Thieves, Futaba’s situation upsets her greatly. Everyone has a desire to help Futaba out of a sense of justice and obligation, but Ann is easily the most invested in Futaba’s personal well-being. When you consider her own experiences, and how she struggled to reach out to help Shiho while she was hurting, it’s not hard to see why. Ann’s relationship with Makoto is given a subtle nod as well, with Makoto wordlessly reassurin her friend, causing Ann to strengthen her conviction.

They’re great moments, and while they’re present in the game, they’re greatly downplayed (Makoto’s reassurance is completely absent). There’s this sentiment that Ann “fades into the background” during the later parts of Persona 5, and while I ultimately disagree, I can see why people feel that way. The anime’s decision to make Ann feel more involved in this arc does a good job of pushing back against that sentiment.

The anime even completely removes the scene in which the guys ogle at Ann and Makoto, instead, replacing it with a scene that is far less sexually objectifying (and far funnier). Persona 5: The Animation has done a good job of treating its female characters with respect and dignity, toning down the needless pandering from the game and giving them more to work with. It’s been great. 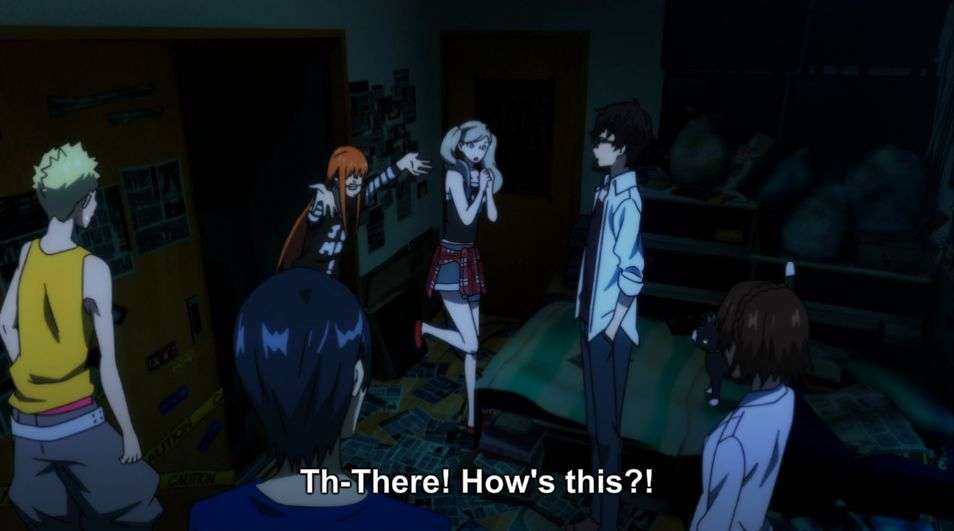 Futaba’s backstory is intense in the game, but the anime manages to take it up a notch. The voices that condemn Futaba are straight up haunting, and the appearance of her mother in the episode is chilling. Futaba is outright suicidal (not to mention suffering from hallucinations). Her situation is a lot more dire than the previous Phantom Thieves (not to mention sadder), which leads to a general feeling of discomfort throughout the episode.

You end up wanting the Phantom Thieves to save Futaba above all else and to turn her situation around, or at least I did while watching it. There’s still quite a bit to cover regarding Futaba’s life, but the anime has covered all of the major beats so far, with episode 17 hopefully covering the rest. 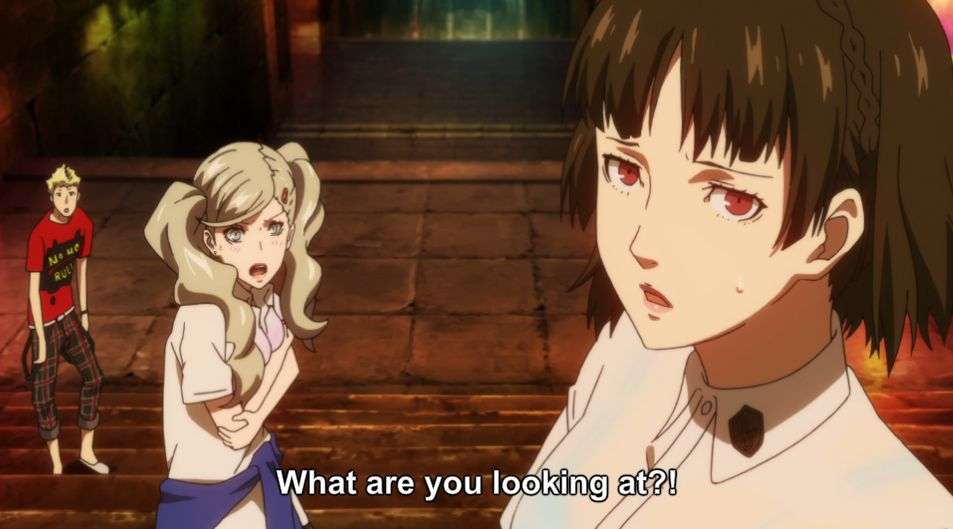 Now for those who watched the episode and were frustrated by my blatant lie earlier on, it’s time I dropped the charade. Episode 16 doesn’t remove the pointless pandering present in this arc from the game. It simply moves it to the different scene, arguably doubling down on it in the process. If you were frustrated by my lie, then we’ve got something in common, because I’m frustrated as well.

I’m frustrated that the team felt it was a good idea to sell its characters out for cheap fanservice. I’m frustrated that Persona 5 continually undercut Makoto and especially Ann while pretending to treat them with respect. This scene forces me to admit that there’s this level of trashiness inherent to Persona 5, something that feels especially wrong in a game that prides itself on its serious subject matter.

To reiterate, I don’t think the episode was bad at all (and if it weren’t for the consistently mediocre art present throughout the episode, episode 16 would be one of the best ones). I wish I could say that I expected better from the team regarding fanservice, but at this point, I really can’t.