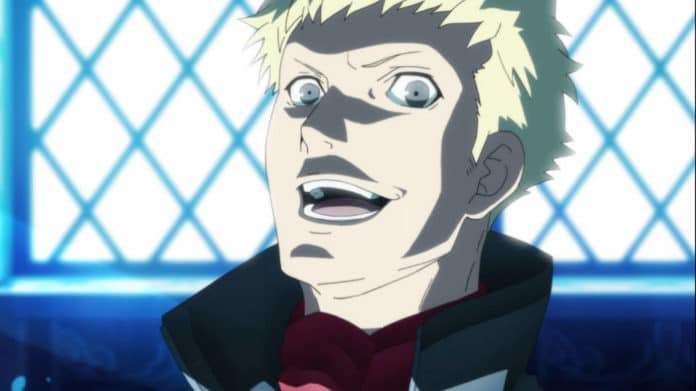 As the anime transitions into its second episode, the general feeling of uncertainty I had about the anime remains. The brisk pacing of the first episode returns (perhaps even more prominent than before) with the episode rushing through Ren and Ryuji’s initial trip through Kamoshida’s palace, and ending with Ryuji’s ‘Awakening’. With the Kamoshida arc being one of 8 major arcs, it’s understandable that they had to speed through it in order to cover everything, but it’s still disappointing.

Fortunately, the episode wasn’t completely without merit: The anime does a good job of setting up Ryuji’s backstory and general motivations, in addition to his relationship with Ren. There are a fair amount of endearing moments between Ryuji and Ren, such as their awkward attempt at nabbing dough at lunch, to their exchange at the end of the episode. While brief, Shiho’s conversation with Ann was similarly enjoyable as well. 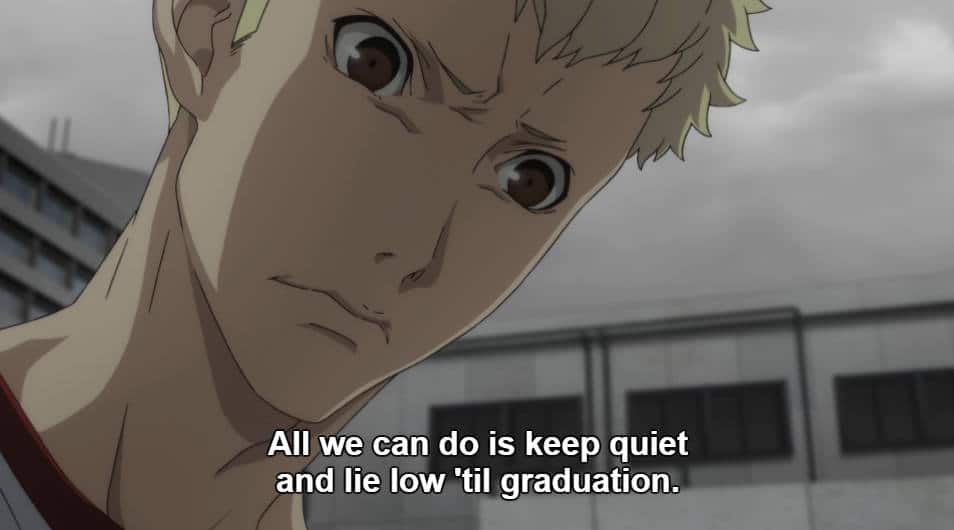 The deviations continue here, as we get a handful of anime original scenes. Ren’s volleyball confrontation with Kamoshida is one, and while minor, it does do a good job of building up to their eventual confrontation in the Metaverse.

Shiho’s physical abuse is directly shown this time around, and it’s just as unpleasant and anger-inducing as you’d expect it to be. The anime’s depiction of Shiho’s warped relationship with Kamoshida is a huge point of interest for me, and I’m anxiously looking forward to how the anime further handles it. 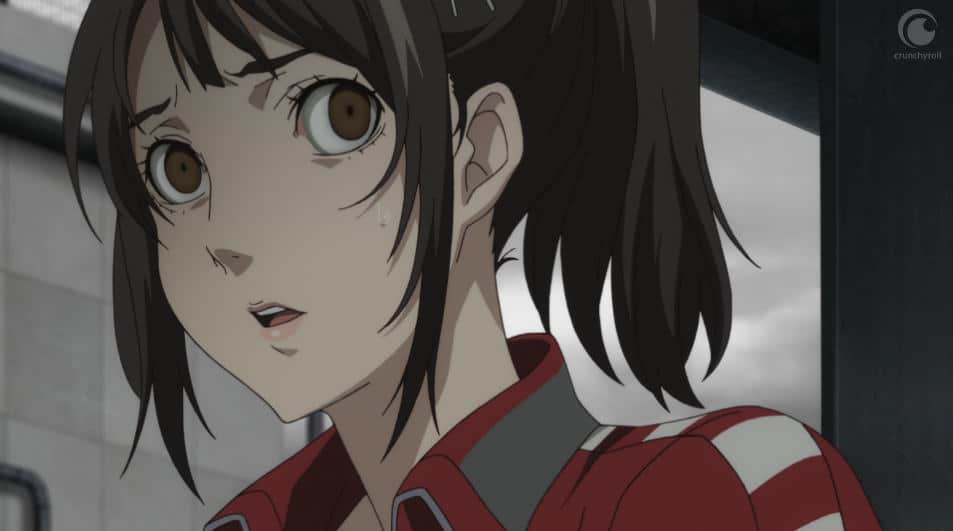 The anime continues to impress when it comes to the art direction. There are a lot of great shots here, with the close-ups of the character being the highlight. I like how they manage to convey so much emotion, often without having the characters speak. I also like the depiction of the school; it’s grey and cold, and it feels like the kind of place you wouldn’t want to be in, while also simultaneously being a place that doesn’t want anything to do with you.

Sadly, while the art direction is praiseworthy, the same can’t be said for the animation itself. It’s functional, for the most part, but when it came to the episode’s fight scene, it was stiff and boring. The Persona 4 anime looked unimpressive on average, but the team behind it brought their A-game when it came to fight scenes, and it’s a shame the same can’t be said here. Hopefully things improve for the showdown against Kamoshida. 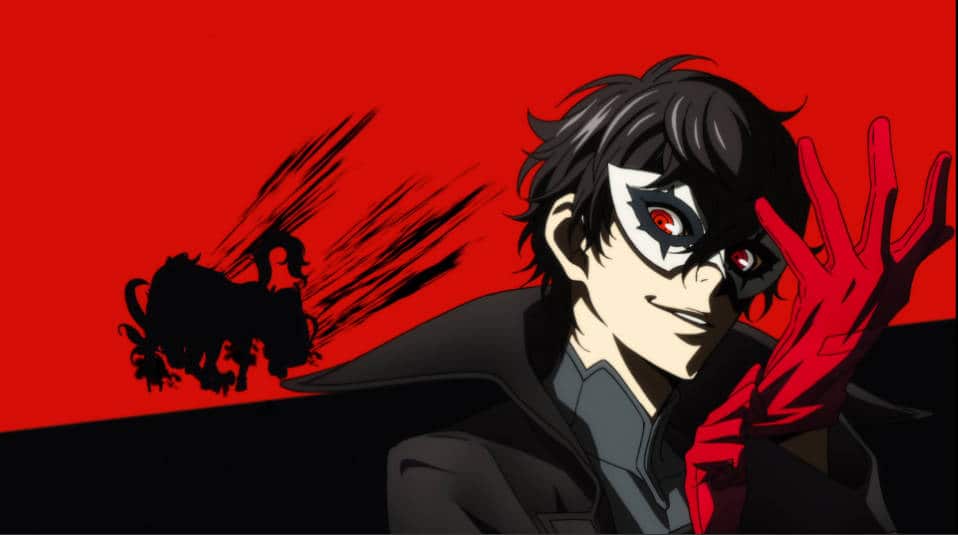 It’s still up in the air whether this show will ultimately succeed or fail, and this episode hasn’t sufficiently proven whether it’ll go one way or another.