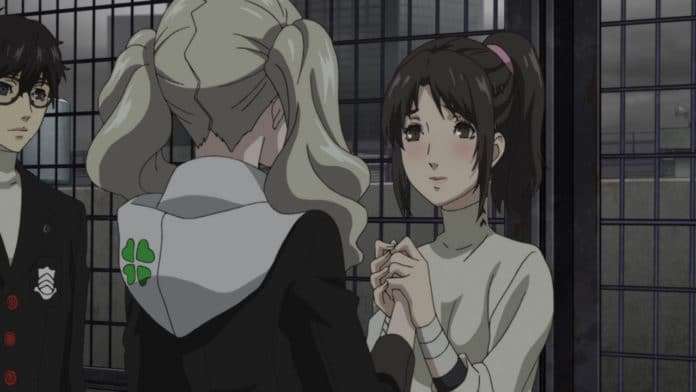 Following up on Okumura’s brutal mental shutdown, episode 22 doesn’t let up, opening on the Phantom Thieves panicking about their situation. I love this scene, both in the game and the anime, but I’m somewhat disappointed with how the anime handles it (bet you haven’t heard me say that before).

In comparison to the anime, Persona 5 had the Phantom Thieves experiencing a wider range of emotion: there was dread and panic, but also genuine anger. Yusuke is quick to blame the group for their reckless mistake, and Ryuji takes it especially hard, confessing to being reckless and stupid for buying into his own hype as a Phantom Thief. 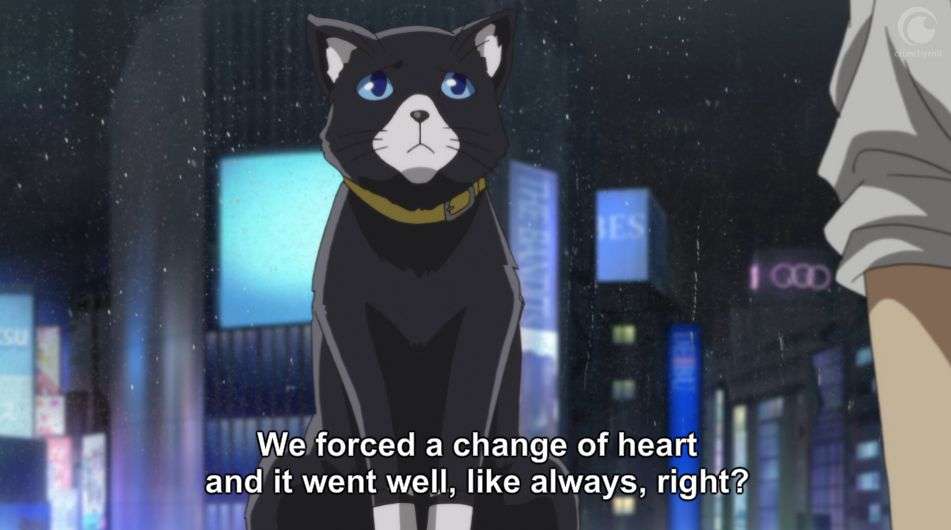 This is pretty much the closest the group ever gets to falling apart, and it’s entirely glossed over in the anime. A critical part in Ryuji’s arc from the game ends up vanishing as well, though I’m actually not too upset about that loss. Anime Ryuji is a much more consistent and well-rounded character. What is a genuine loss, however, is Yusuke’s blunt sharpness from Persona 5.

Game Yusuke harshly chastises the group for chasing after Okumura with barely disguised contempt. It’s a moment that highlights a key difference between Yusuke and the rest of the Phantom Thieves. In the game, he’s consistently characterized as the most critical member of the group, harshly chastising his teammates or even outsiders (such as Makoto before she joins) for screwing up. It’s a shame the anime hasn’t been able to retain that aspect of him at all, especially during a pivotal moment like this. As it stands, this scene is still an enjoyable moment since it’s appropriately tense, but I can’t help feeling like it was a missed opportunity here. 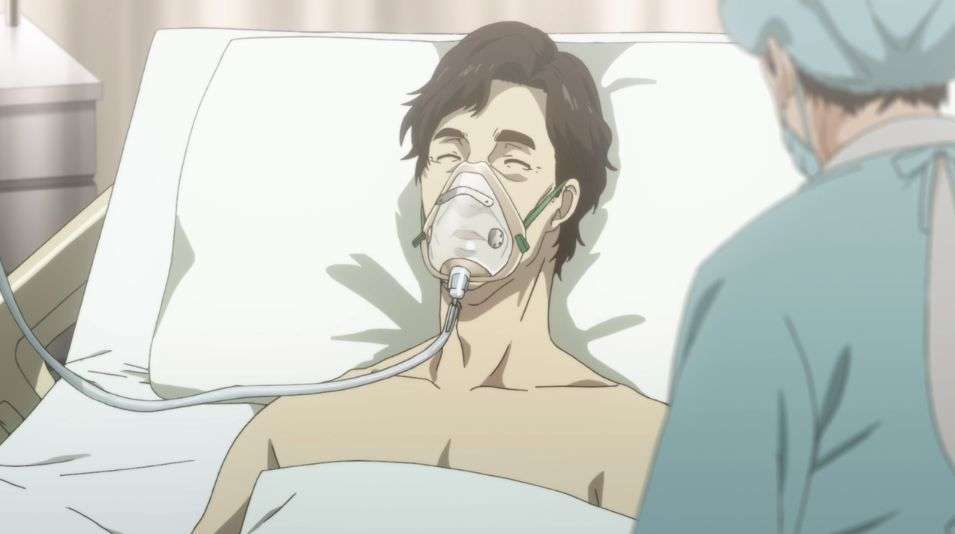 Fortunately, the anime makes a huge improvement from the game by actually showing us Okumura’s condition in the hospital. It’s an incredibly brief moment, but yet another instance of the anime’s decision to further humanize Okumura and strengthen our connection to Haru. Persona 5 leaves her completely hanging as she goes to see her father in the hospital, but we’re right there with her in the anime. Unfortunately, it weirdly opts to not show the actual moment of his death, which is something they absolutely could have capitalized on.

Building tension is one of the anime’s biggest strengths, and this episode is a good example of that. The music, dialogue, and overall direction do a good job of putting you on the edge of your seat, as you watch the Phantom Thieves come to the conclusion that they’re being targeted. I liked how the student interviews were handled here too, with the overly friendly interviewer making the scene even more tense. 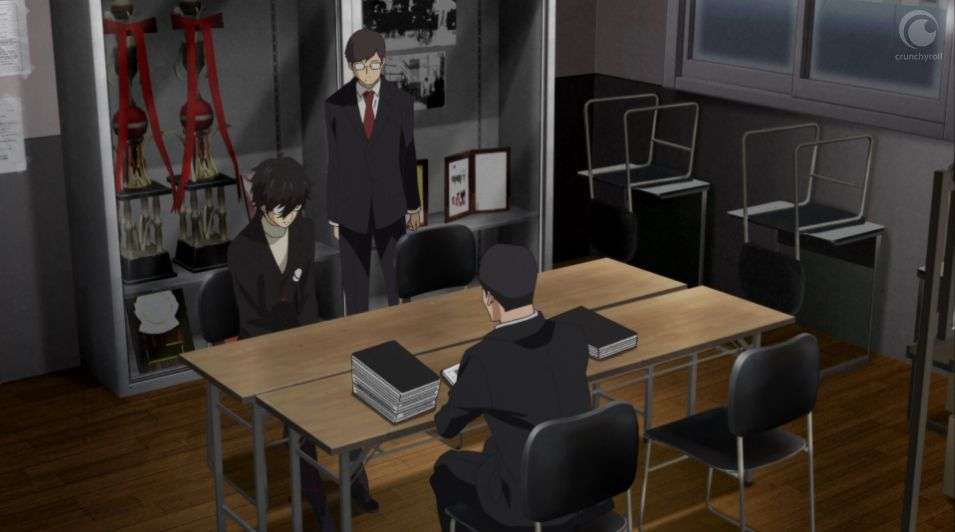 Despite placing a heavy emphasis on the main plot, this is also an episode that attempts to handle several ‘confidant’ storylines, which is something it somewhat succeeds at doing. Let’s get the bad out of the way: Ann’s ‘confidant’ is handled poorly here. From the general lack of setup, to the general brevity of her ‘confidant’, and the lack of significant moments, her storyline in the anime just isn’t compelling. 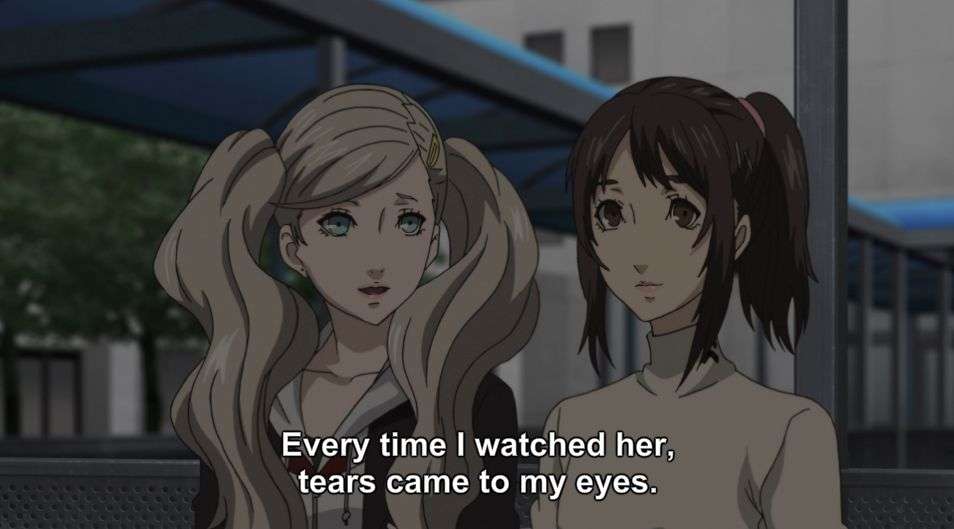 Ann’s ‘confidant’ was criticized for barely tying into her initial character setup and generally being all over the place in the game, but it had its fair share of good moments. A huge part of Ann’s storyline had her attempt to strengthen her resolve, through superficial means at first, but eventually for real after watching Shiho struggle to walk again. The anime skips pretty much all of that character building. The conclusion is still there, but without the events that preceded it there’s no impact to it.

The other three ‘confidants’—Mishima, Shinya, and Hifumi—fare better. Mishima’s arc, in particular, is wonderfully intertwined with the current events, running in parallel with the Phantom Thieves being on the downturn. It makes sense that it would coincide with Mishima’s powerlessness and mounting insecurity. Mishima doesn’t really have much of a presence in this anime, but they were able to capture the core aspects of his character in just a single episode, which is pretty commendable. 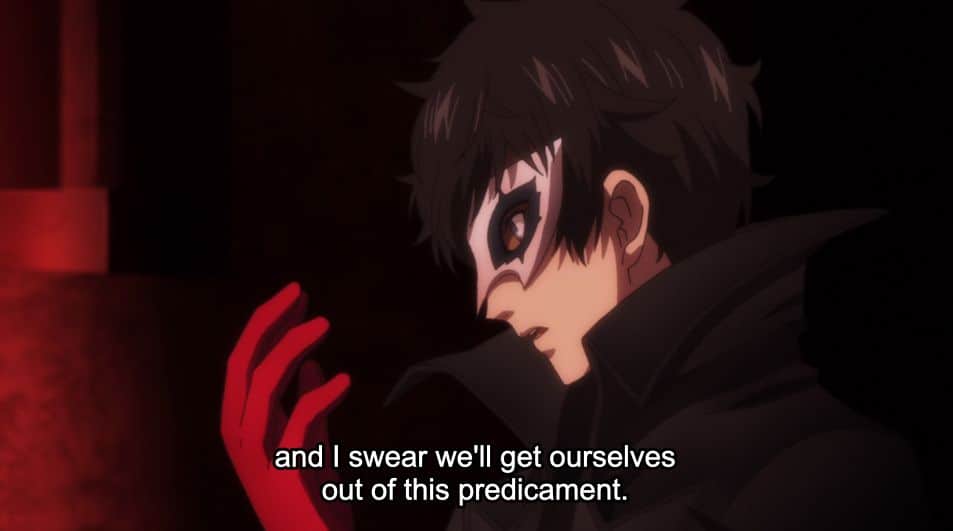 I especially like Shadow Mishima’s confrontation, and having the Phantom Theives be more involved in comparison to the game is a no-brainer. Ren is still a bland character, but his talk with Shadow Mishima is much more satisfying than what was in the game, which pretty much boiled down to “go change by yourself.” In this episode, Ren gives him a speech that both conveys the aforementioned message (in a more tactful way), while reassuring Mishima that the Phantom Thieves will be able to overcome the odds stacked against them.

Ultimately, I feel conflicted with this episode. It tries to cover too much and glosses over key moments in the process, but it also introduces new moments that improve upon the source material. You could arguably say this sort of episode represents the show overall, but I digress. Next week should be the School Festival arc, which should be interesting, considering it’s the biggest turning point in the original story.