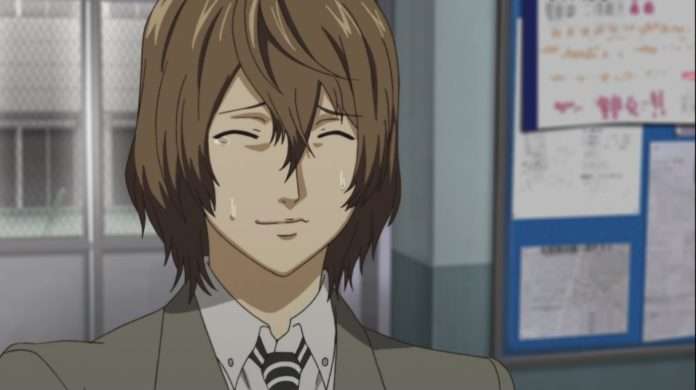 “What should we do, Makoto?” is an innocuous line on its own, but it does a good job of conveying one of my frustrations with this episode. You see, it turns out that the leader of the Phantom Thieves isn’t Ren Amamiya (who’s literally regarded as such by everyone else) but Makoto Niijima, who everyone continually turns to for guidance. Ren being a non-character is nothing new and Makoto is the group’s chief strategist, but it reaches a new low in an episode where the Phantom Thieves desperately need someone to guide them through this intensely difficult situation. Someone who knows them all extremely well and has the guts and instincts to make the right call when the chips are down—aka a leader.

In fairness, the anime is following the game here, as Ren is also a “leader in name only” in Persona 5, but it feels even more pronounced here. I was really hoping they’d follow up on Ren’s speech to Mishima in the previous episode by having him finally take charge here. Unfortunately, absolutely nothing changes with his execution as a character, with the scene where the Phantom Thieves discuss their next move having Ren make yet another grunt of affirmation, which I suppose is weirdly perfect in its own way.

To put it another way, I don’t think Ren is a good character. He isn’t a good protagonist relative to his predecessors (Makoto Yuki and Yu Narukami) or even in general. He’s dull, unambitious (rare exceptions aside) and generally executed in a predictable manner. A character who was initially described as a rebellious trickster—someone whose over the top mannerisms in Persona 5 spoke volumes—was reduced to being impossibly bland in the anime. The end result is a character who feels so hollow his main contribution to group discussion is a reminder that he exists. 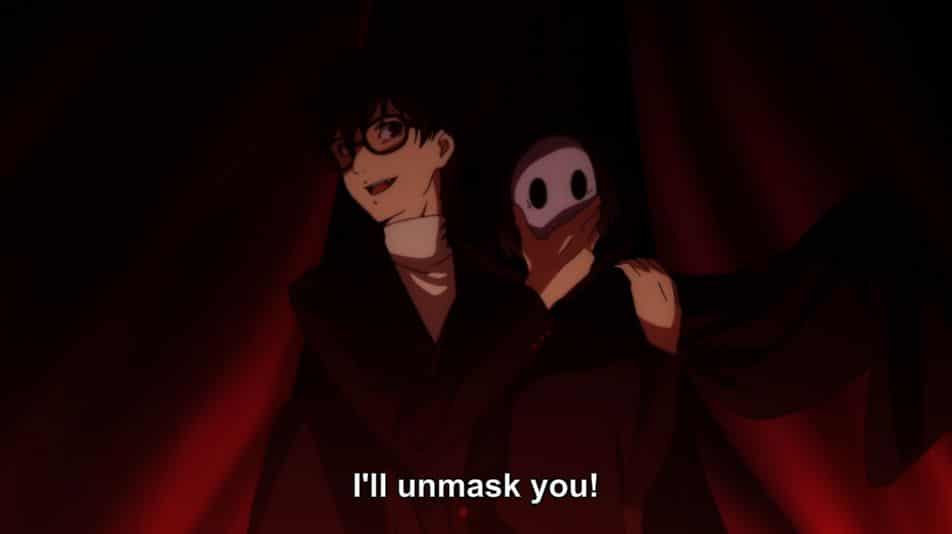 The episode at makes an attempt at having Ren stand out—most notably in that haunted house scene (which was great)—but it arguably makes things worse, if you really think about it. To me, it serves as a painful reminder of what we could have had. A fun protagonist with a personality; someone who plays off his friends in a natural way; someone who develops over the course of the story… someone who feels alive. Which is why the goofy references to the game do nothing for me. It’s a half-hearted attempt at trying to make Ren work as a character, but that ship has long sailed.

Despite my misgivings with how Ren was handled, I was pretty satisfied with the rest of the episode. Anime Goro picks up the slack, as he continues to be a much more likeable and generally more involved character in comparison to his game counterpart. I still love his corny chess games and obsession with getting Ren’s opinion on everything. His appearance at the school festival is equally great, and I was thrilled to see them include one of my favorite segments from the game. 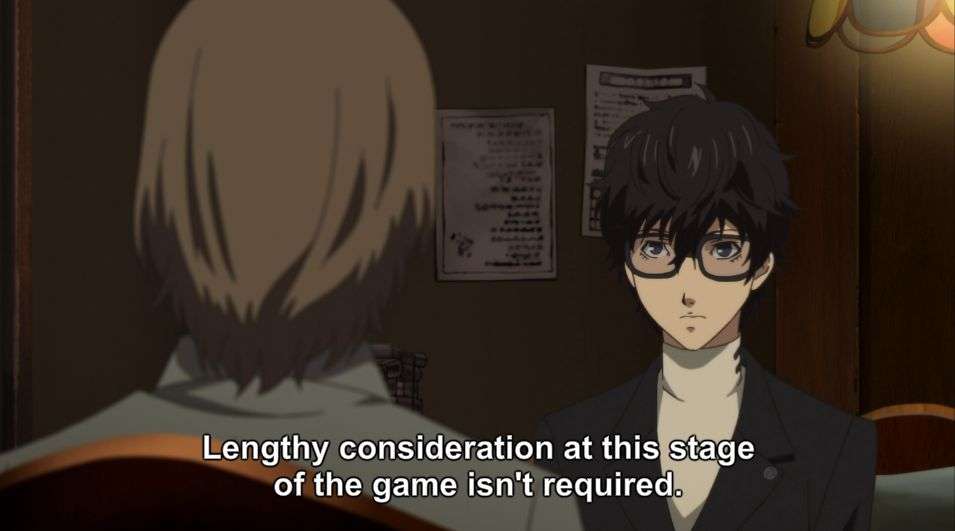 I am, of course, talking about the “Russian Takoyaki” sequence. Right off the bat, there are a couple differences with the anime’s take on this scene, such as Goro politely asking the group before he can take one of the takoyaki’s instead of just taking it. Once again, Goro’s familiarity with Ren is emphasized and, for once, Ren’s silence is actually effective here. Because there’s a lot more going on in this scene than just a goofy meeting with some handsome teen detective.

The scene serves as a prelude to their battle of wills between Goro and the Phantom Thieves. After effortlessly running circles around the student body and Makoto, Goro privately reveals to the Phantom Thieves that he is completely aware of their true identities, in addition to being a persona user himself, after narrowly avoiding being killed by the Black Mask.

Before they’re even able to process this information, he immediately offers to support them, and requests that they make Sae Niijima their next and final target, as she’s both a danger to the Phantom Thieves and to society (as Goro puts it, he doesn’t want Sae to resort to unscrupulous methods and pin the blame on someone innocent).  Following this, the Phantom Thieves are to disband for good, or risk having their identities revealed. 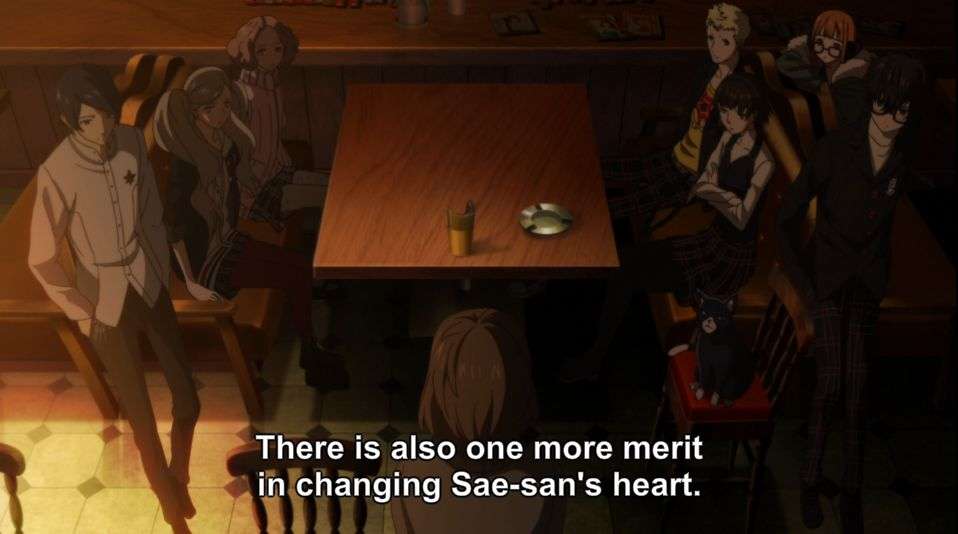 I won’t beat around the bush: this is blackmail, and it’s fascinating that such a pleasant and morally upright individual would stoop to such tactics. It should go without saying that there’s more to Goro than meets the eye, and the anime has done a good job of keeping their cards hidden regarding his character, while still making him compelling in some ways (the polar opposite to Ren).

The anime skips over having the Phantom Thieves question their situation and Goro’s motives and immediately has them get excited for their next mission, which is unfortunate, though there’s still time for that to be explored in the upcoming episodes. Regardless, it should go without saying that there’s a ton of promise around Goro and this arc as a whole. To be honest, this is the most excitement I’ve felt towards the show since I started watching it, so believe me when I say that I can’t wait to see what happens next.