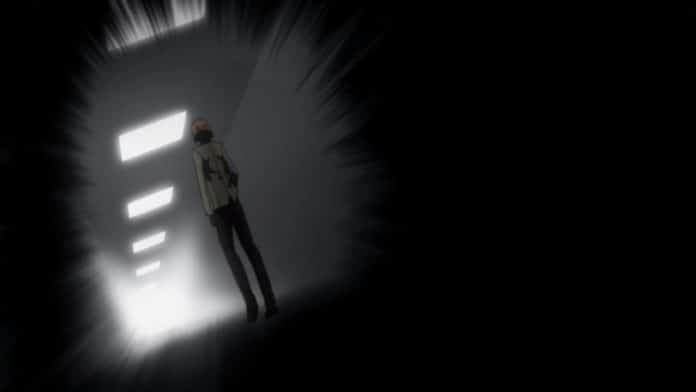 Talk about cutting it close. CloverWorks—the production team—finally completed the new opening, and not a moment too soon either, as there are only a few episodes left in the season. Unfortunately, this really doesn’t give us the time to enjoy the new OP (which is spectacular), but I suppose we should be grateful that it was finally completed at all.

The updated OP isn’t the only thing new about this episode, as the visuals for this episode are far beyond the series standard. Seriously, this episode looks downright gorgeous, marking the return of the anime’s distinct visual style that was lost after the first few episodes. There are a ton of striking shots here, with scenes effortlessly flowing from one to the next. The opening segment is damn good too, with a legitimately gripping direction. I really wish the momentum had been maintained for the entire episode, but unfortunately things slow down from here. 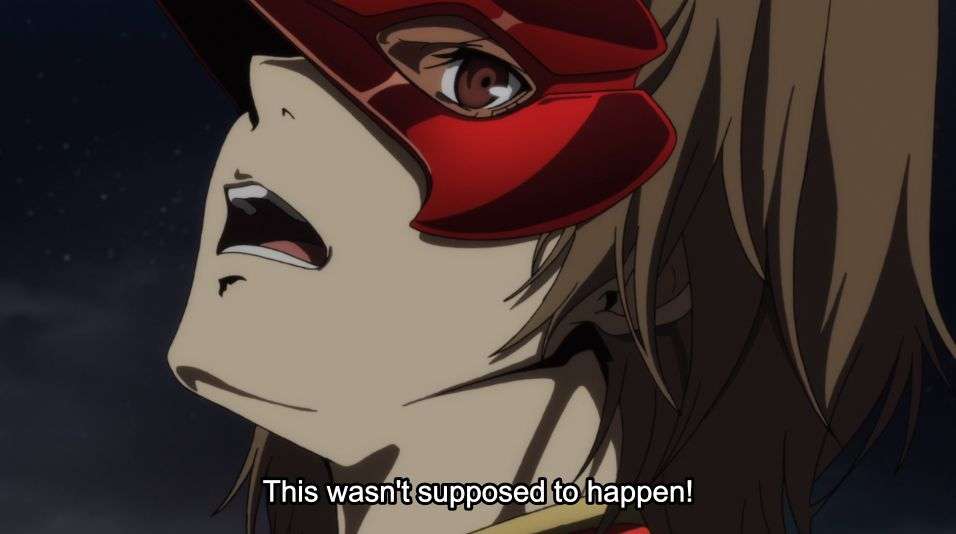 Not that the episode takes a significant drop in quality after the opening, though. There’s this great bit between Goro and Makoto after Joker is captured: Goro insists on trying to immediately save Ren, but Makoto refutes him. I really like how calm and confident Makoto is in comparison to Goro here. His competence breaks down in unforeseen situations, whereas Makoto’s experience lets her keep her cool and press on despite the dire circumstance. I also like how the confidants (underutilized as they are) get some focus here, with Tora getting the bulk of it. Tying his arc into the main narrative was pretty great.

Afterwards, Goro makes his declaration to the rest of the team that he’ll rescue Ren no matter what, and it’s genuinely emotional. Even though his main concern was shutting the Phantom Thieves down, Goro’s genuinely grown attached to the Phantom Thieves. And the anime has done a good job of leading up to this moment by giving Goro more to work with as a character. Bit by bit, he’s improved, and this was the perfect payoff. 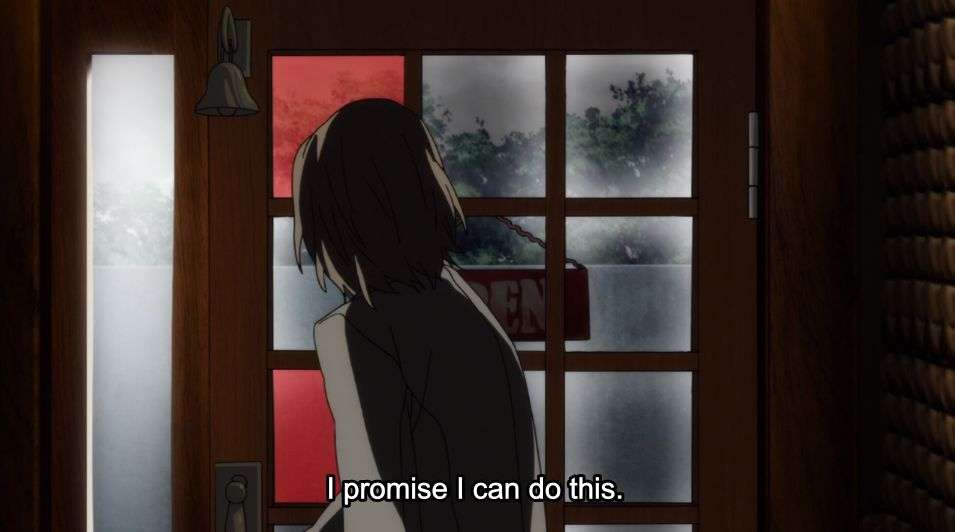 Or was it? If you’ve seen the episode or played the game, then you know that none of what I’ve said about him is true. And it shouldn’t come as a surprise that episode 26 is in fact Persona 5: The Animation‘s final episode (but more on that later). For now, let’s talk about Goro Akechi, the traitorous murderer. There’s a lot to unpack here, but let’s start with his betrayal. It’s… rather abrupt, with barely any build up to it.

Unfortunately, I don’t think the anime quite sticks the landing here, at least, not in comparison to the game. In Persona 5, Goro’s betrayal is only shocking for those who weren’t paying attention, or in extreme denial. Pretty much all signs point to Goro being the traitor, from his “pancake” blunder (wherein he comments on something Morgana said when only someone who’s been in the Metaverse could hear it) to his shady and underhanded behavior (blackmailing the group). It’s not meant to be shocking, it’s more of a “I see, so he really was a scumbag” type of feeling.

That doesn’t really come through in the anime, where Goro comes across as a more balanced and pleasant person. That isn’t to say that character development in the anime is a bad thing (far from it), but I expected them to follow up on that development in his betrayal scene. Instead, it’s a short scene that pretty much ends up being a repeat of the game. It’s arguably made worse, since Goro’s almost passive reaction to Ren’s death from the game is replaced with him grinning like an idiot. I get that they wanted to showcase Goro’s warped personality, but it came across as forced. 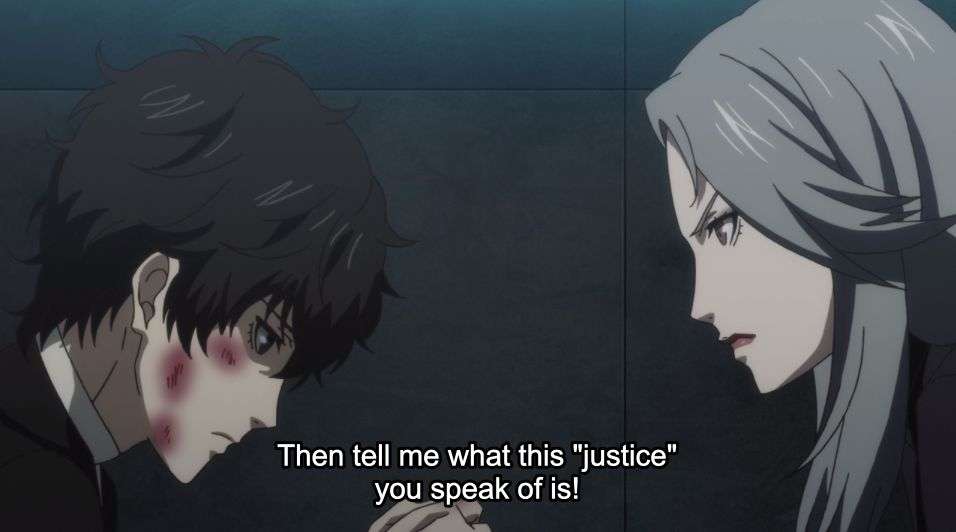 Far too much time is spent on Sae’s interrogation. Sae’s a great character, but her scenes with Ren are some of the driest in the episode’s run, and it’s where the episode loses me since it takes up so much time. These scenes would be better if they weren’t just a one-to-one adaptation of the game, but there’s nothing that’s really new or innovative here.

I do like how the Phantom Thieves’ reaction to Goro takes on a completely different meaning with the knowledge that he’s a traitor. Ryuji’s contained outburst over Goro’s fraudulent speech is great, since it highlights the frustration that everyone feels towards Goro.

The anime  ends on Ren’s “death,” so I can’t really get into what happens next. The recently announced “Dark Sun…” special broadcast should wrap things up once and for all. Hopefully, the special episode manages to impress and, considering how they plan to release it at the end of the year, that should give them enough time to deliver a solid product… I hope. 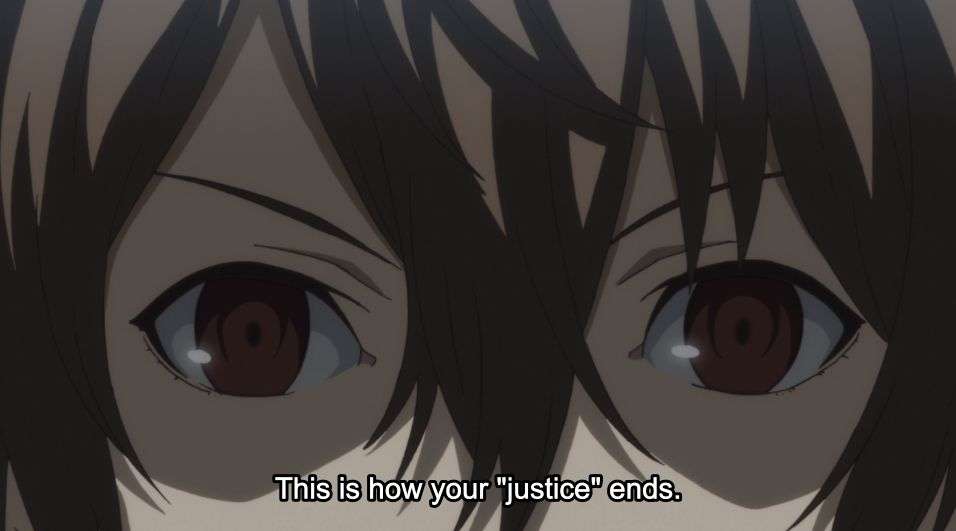 Overall, when I look back over the show’s entire run; the additions and omissions; the inconsistent animation and shaky production; the highs and lows; I can’t help but feel that the anime was… “okay.” Persona 5: The Animation wasn’t a bad show, but I can’t find it in me to call it a particularly good one either. In the end, it feels like a missed opportunity.