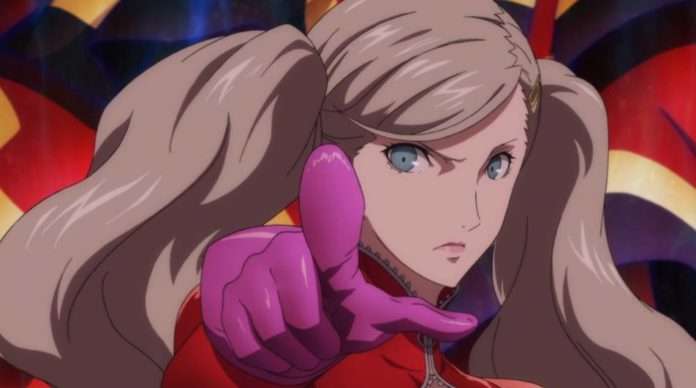 As mentioned in my reviews for episodes 1 and 2, I felt that Persona 5: The Animation was stuck in a “promising but flawed” area, and on the verge of being good. Fortunately, I can say with confidence that the third episode presents a definite improvement from the previous two episodes, leveraging the show’s strengths to great effect, while making some much-needed improvements.

Episode 3 does a good job of covering most of the major plot beats present in the game, while giving them just enough time to breathe. Ann’s friendship with Shiho in particular (arguably the heart of the first arc) gets center focus here. It does a particularly good job at getting us invested in Shiho’s character; we want things to go well for her because of how much she means to Ann, but it’s also because she herself is a genuinely endearing character.

Shiho manages to stand out from a school of self-interested, corrupt adults, and cowardly, indifferent teenagers, which makes her attempted suicide all the more tragic. She’s someone who tried to endure it all; all the garbage and abuse thrown her way until it caused her to break. It’s this relatable element in her character that sets Shiho apart from your typical tragic character. 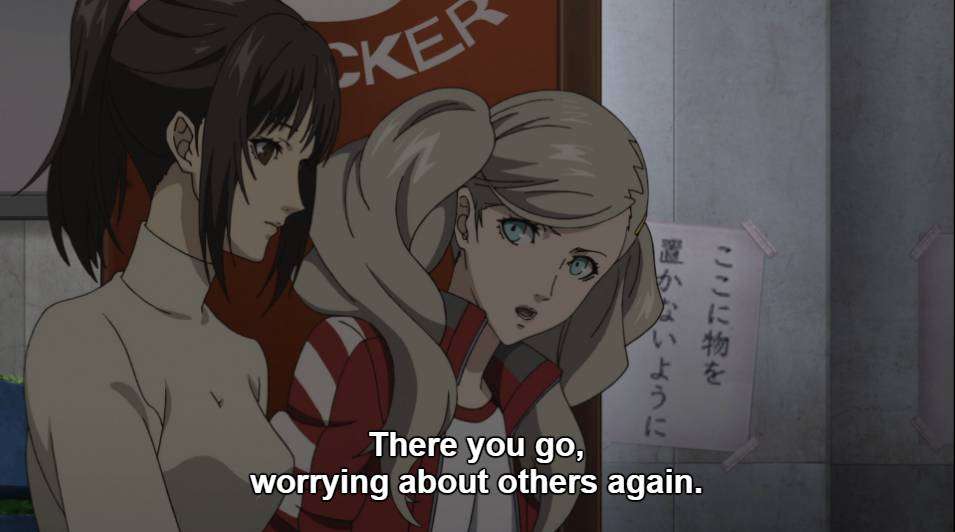 Ann herself doesn’t disappoint either. Just like in the game, her character is arguably the most compelling out of the initial protagonists. Her strong-willed nature and determination to help her friend make her easy to root for, and it’s genuinely sad to see her powerless against Kamoshida, who is just as much of a detestable bastard as he was in the game. 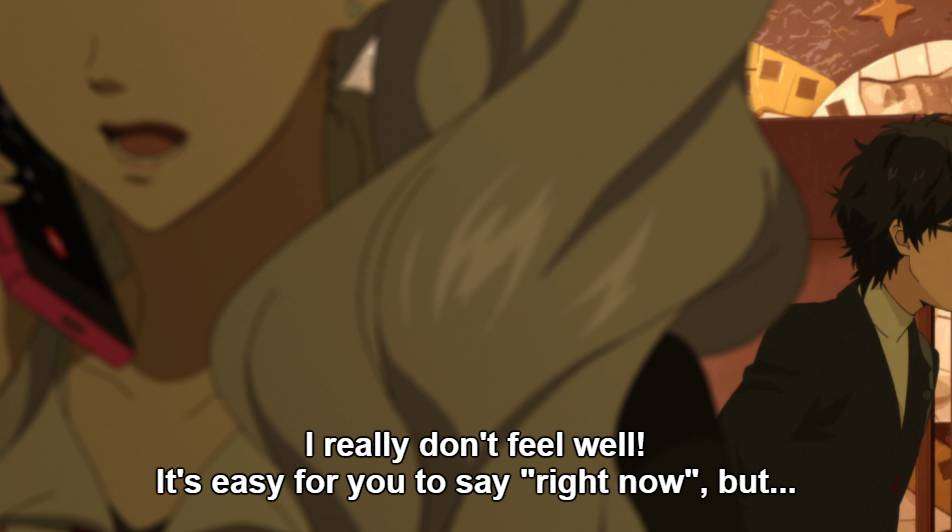 I was looking forward to seeing how the anime would tackle progressing through the Metaverse, and I gotta say, I’m impressed. In the Persona 4 anime, dungeon progression was indistinct. You never really got a sense of where the characters actually were or what their progress was until they reached the boss. Now granted, this was largely due to the generic design of Persona 4‘s dungeon floors, but still, it never truly felt like they were actually going through it.

Persona 5: The animation avoids this by explicitly showing where the characters are at a given moment. It also handles exposition in a neat way; instead of having the characters stand around and simply talk, the anime directly ties the exposition to the dungeon progression. So you have the characters sneaking and jumping their way through the castle as Morgana exposits information to the viewer. It’s a cool way of keeping the viewer engaged while not slowing things down. 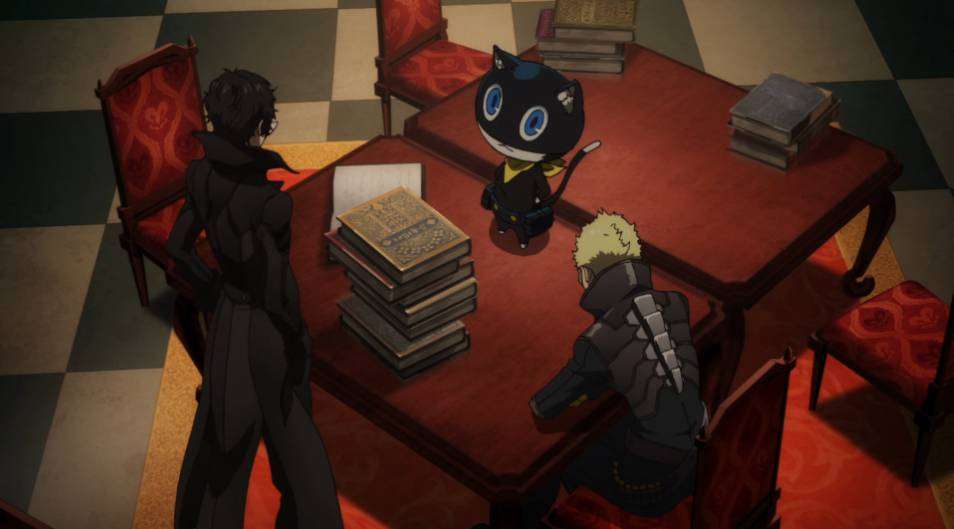 While the episode was a blatant improvement from 1 and 2, it still has a couple of flaws that held it back from being great. Fight scenes are still lackluster, with stiff animation and just this general lack of energy. They’re just not fun, and a poor representation of how battles played out in Persona 5.

Ann’s Awakening, while generally good, just isn’t as cool as the game version. Seriously, the face that Kamoshida makes after Ann kills her fake counterpart is just beyond priceless in the game, but it’s so much more downplayed in the anime. The anime also adds an element of creepiness to the scene by having Kamoshida cut open part of Ann’s top. It just seems like an unnecessary and gratuitous addition, rather than something that benefits the experience in any way. Still, overall I’m satisfied with how Ann’s Awakening scene played out, and I’m looking forward to seeing how the anime resolves the Kamoshida arc.