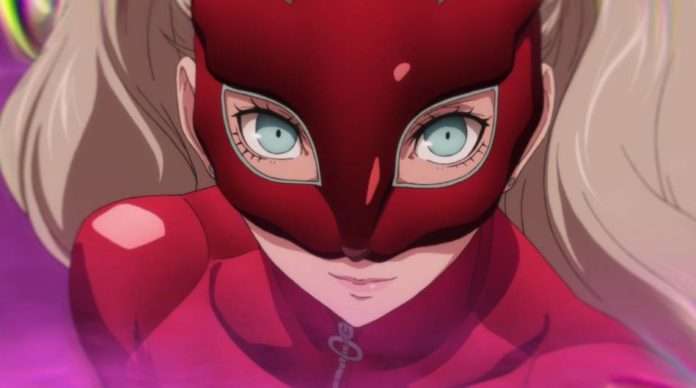 “Steal it, if you can!” improves on the previous episodes in meaningful ways, with noticeably more consistent pacing present throughout the episode. The episode actually takes the time to set up the first heist, though with a streamlined version of how preparations were handled in the source game. Iwai and Tae get their formal introductions here, and although it remains to be seen whether the anime will have the time to fully delve into their Confidant stories, I nonetheless enjoyed seeing them again.

We also get a glimpse of Ann visiting Shiho at the hospital too, which is an anime original scene. I wish they could have lingered on it for longer and really hone in on how emotionally draining Shiho’s situation was for Ann. Though, for the most part, it did its job of reminding the viewer what was at stake while also getting the viewer amped up for the final confrontation with Kamoshida 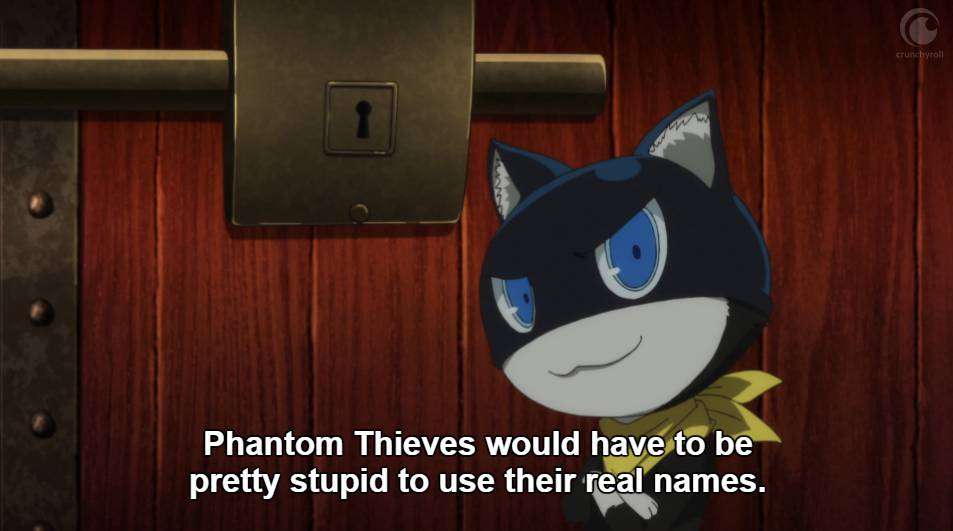 Once the actual heist begins, the anime’s strengths come out in full force. The gang’s progression through the (now reinforced) castle is just as good, if not better when compared to the previous episode, but the banter makes it a really enjoyable experience. There’s a real energy to the conversation between Phantom Thieves, as they sneak, lockpick and dash towards their objective.

Consider for example, how the Phantom Thieves decide on their code names. In the game, it’s a relatively simple scene that takes place after Ann joins, but the anime transforms it into something entirely different by inserting it into the middle of the heist. It’s a lot snappier and generally more fun, and there’s some cool theming as well (such as Ren receiving his code name at the end of the episode). Oh, and the sequence where Ann and Ryuji use their respective skills to knock out one of the guard shadows was just plain great. Suffice it to say, when things are in motion—when there’s a momentum to the episode—the anime is truly great. 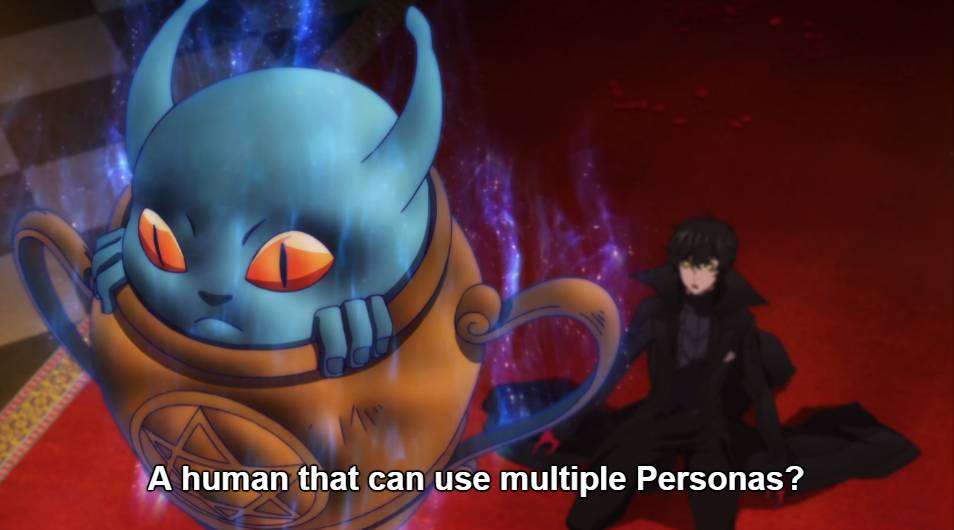 Fights are still the anime’s biggest shortcoming, though this episode’s fight sequence was much better than the previous ones. The boss fight isn’t anywhere close to being a visual treat like in the game (CG Kamoshida is unnerving in all the wrong ways), but it’s still fairly serviceable, mostly due to closely following how the fight was structured in the game. You see, the Kamoshida fight was pretty dynamic in the original game; rather than just being a slugfest with some occasional healing, there were several wrinkles to the fight that made it fun and dynamic.

The anime faithfully recreates this, going through the key aspects of the fight, though it adds a nifty change by introducing fusion (and sacrificing Arsene in the process… WHY). Ren’s summoning of Agathion is just plain cool. It’s probably the most dynamic moment in the entire episode, and I love how Ren’s eye color turns yellow because it really highlights the supernatural aspect of persona summoning. While it’s stiffer than I would have liked, I came away feeling pretty satisfied with how the fight played out, and to a larger extent, the Kamoshida arc overall. 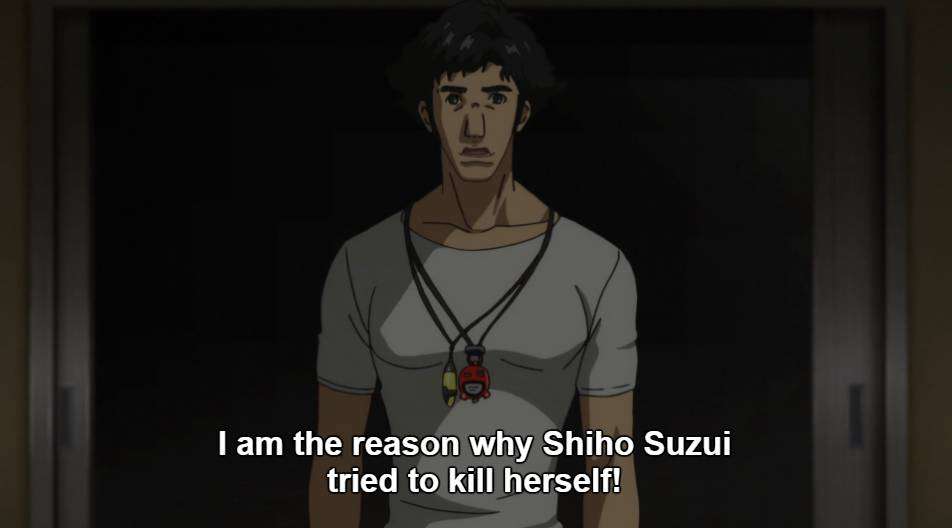 So far, it seems that Persona 5: The Animation is slowly improving with each episode. My hope is that Ishihama and his team slowly work on improving the anime’s worst aspects, while simultaneously growing more confident with its deviations from the original game.

The end of the episode presents us with a strange addition by showing us a flash forward into the future, with Goro presumably cornering the Phantom Thieves. I think it’s safe to say that the anime’s depiction Goro Akechi’s character is going to be of great interest to a lot of people, myself included.