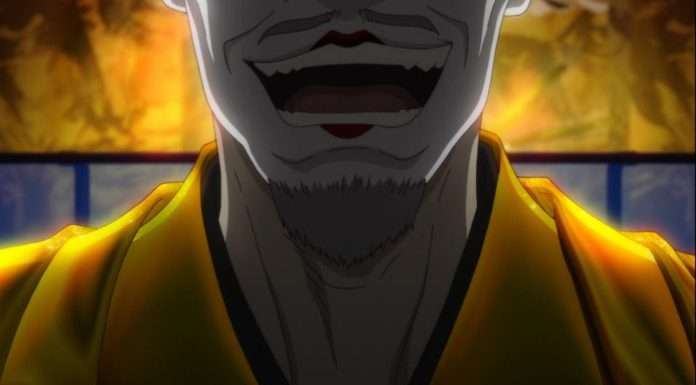 If I’m being honest, this episode was the first time I felt completely satisfied with the anime. That isn’t to say I disliked the previous episodes or anything, but for the longest time, I wasn’t sure about the overall direction it would end up taking. Sure, it suffered from some overt flaws (pacing and battle animation being the big ones), but it had plenty of promise, and the team finally making good on that promise was always a possibility. Well, I’m happy to report that it’s finally happened—Persona 5: The Animation is on the right track.

To further go into why this episode was so great, I feel I need to retread my favorite well-worn topic: pacing. Sorry for constantly repeating myself, but it finally seems like the anime has nailed the overall pacing of the show. It no longer has that feeling of watching Persona 5 on fast-forward. The introduction of the Madarame arc is given the care it deserves, properly introducing each of the major players and nicely setting up the conflict in a way that arguably surpasses the original game. 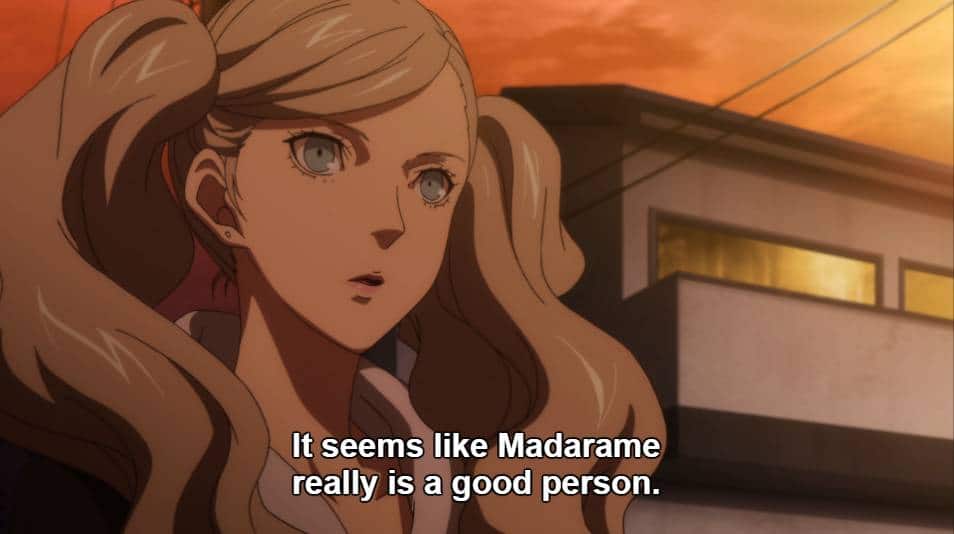 Yusuke is the main focus of the episode, and easily the best part of it. His abusive relationship with Madarame was always one of the more fleshed out conflicts in Persona 5, and it’s been faithfully represented in the anime. Abuse is the main through-line for the episode, and it’s handled well throughout. The various closeup shots of Yusuke’s face do a good job of illustrating his internal conflict without explicitly spelling things out.

Yusuke is frustrated. He’s quick to defend Madarame, a man who raised him when he had nowhere else to go, but he isn’t completely ignorant about his true nature. He knows he’s being abused and exploited (“If I could leave, I would”), but he’s ultimately stuck to his abuser, feeling equal parts denial and dependence on his caretaker. The final shot of the episode, with Yusuke sitting by himself in a dark room, is, really effective at conveying his isolation and deep sadness. 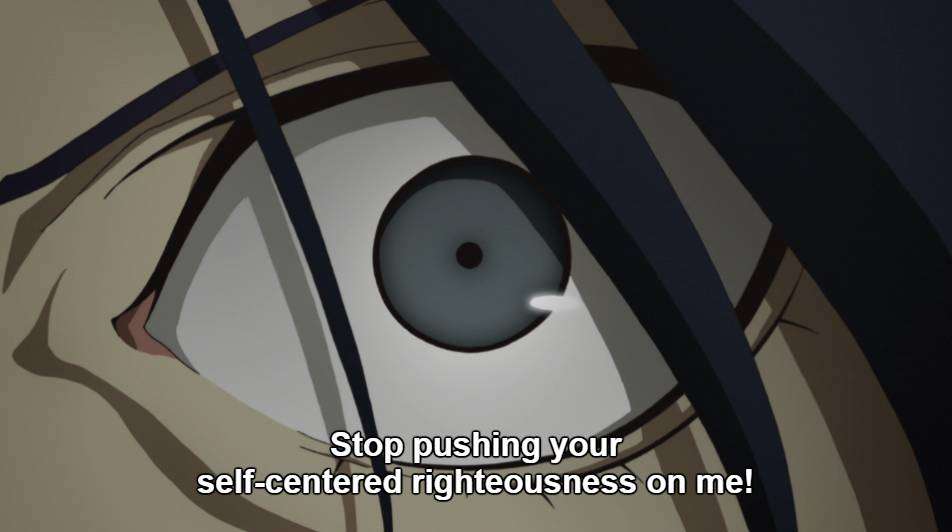 There are some subtle—but important—changes to the anime that further enhance the overall experience. To start, I love how they played up Madarame’s fake persona as a humble artist who wants for nothing. The scene in which the Phantom Thieves openly question whether Madarame is a scumbag is more effective here as a result, and there’s a stronger sense of hesitation here. Instead of being stopped at the door, the Phantom Thieves are invited into Madarame’s home, and when Yusuke shows off his source of inspiration, the Sayuri painting, he holds up a replica instead of showing it to the thieves via his phone.

All of this results in a  different, denser atmosphere than the game. The anime’s take on dungeon exploration is blatantly streamlined, removing a lot of the fat from the original game but still keeping the vibe of exploring the museum (and thankfully, no fight scenes!). My favorite deviation, by far, is how they handle Yusuke’s general interaction with the Phantom Thieves. 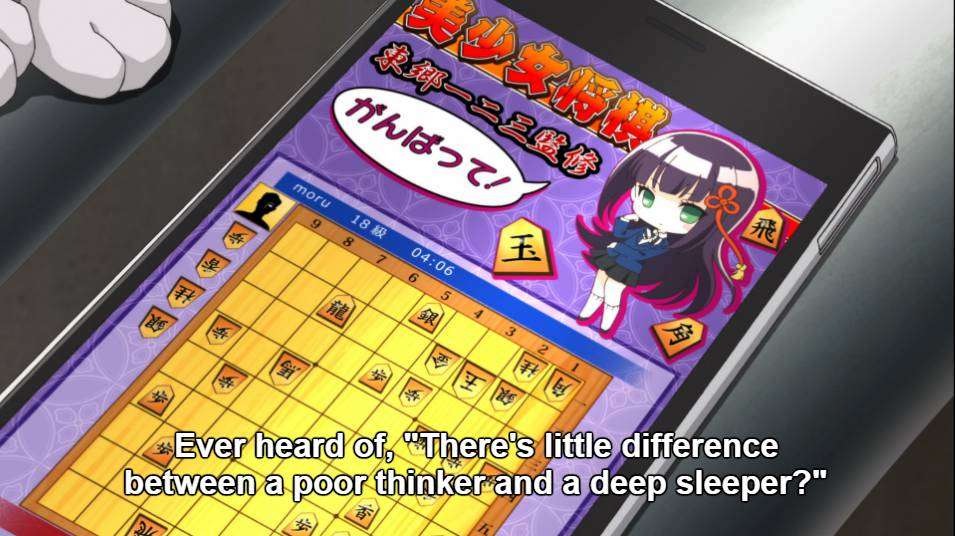 In the original game, Yusuke’s initial interaction with the thieves was mostly harsh and blunt, with some occasional cheap comedy. By cheap comedy, I am of course referring to the instance where he blackmails Ann into posing nude for him. It’s unfunny and tone deaf, and it feels out of character for Yusuke. The anime wisely decides to omit this entirely and changes the vibe of Yusuke’s interaction with the Phantom Thieves.

Instead of constant hostility on both sides, we’re treated to scenes that are a lot more personal and muted. Ren, Ryuji, and Ann calmly talk to Yusuke as he paints Ann’s likeness. There’s a joke about Yusuke struggling to draw her nude, but it’s far less egregious than the game’s approach, and arguably somewhat funny. I really liked these scenes in general, and when Yusuke does end up clashing with the Phantom Thieves (wherein Ryuji’s prodding forces Yusuke to react negatively), Yusuke’s outburst ends up feeling more depressing than obnoxious here. 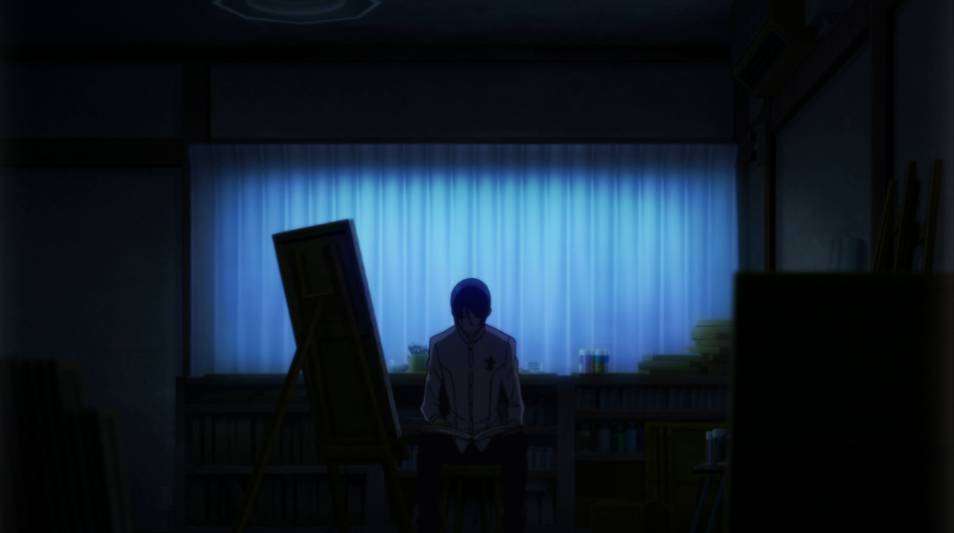 If there was one thing I could call the episode out on, it’s Ren. He seems to have gotten even less interesting, with even fewer lines to work with. It’s really unfortunate, considering he is easily the most compelling of the modern Persona protagonists, but the anime’s barely doing anything with him. In fact, it sometimes feels like he has less involvement in the story when compared to the game (and is less funny to boot), which is unbelievably disappointing.

It’s not all bad though, as he contrasts nicely with the rest of the group by being a sharp thinker and never letting the smallest details go (he has a terrific scene with Nakanohara) but for the most part, he’s definitely the weakest character in the story so far. Overall, the sixth episode marks a significant turning point for the anime, delivering the first consistently solid episode so far. I really can’t wait to see what the anime has in store for us next.