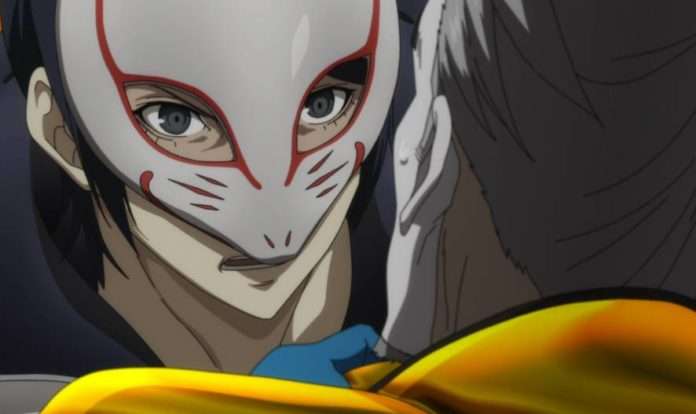 This week’s episode was entirely focused on bringing the Madarame arc to a close, and it really showcases how different the overall direction of the anime is now when you compare it to the end of the Kamoshida arc. Rather than cramming as many plot details as possible and rush through content, the episode takes the time to properly finish Madarame arc. There’s very little in terms of worldbuilding or teasing future events, but it was entirely to the show’s benefit.

The segment where the Phantom Thieves execute their plan to steal Madarame’s treasure ranks among one of my favorite moments from the game, and the anime’s take on it didn’t disappoint. The group’s teamwork is put to the test as they operate independently to achieve their goal, and it’s just plain cool seeing everything fall into place. To the point where it’s a genuine shame where this level of team synergy isn’t present in the later arcs, though that’s a discussion for another day. 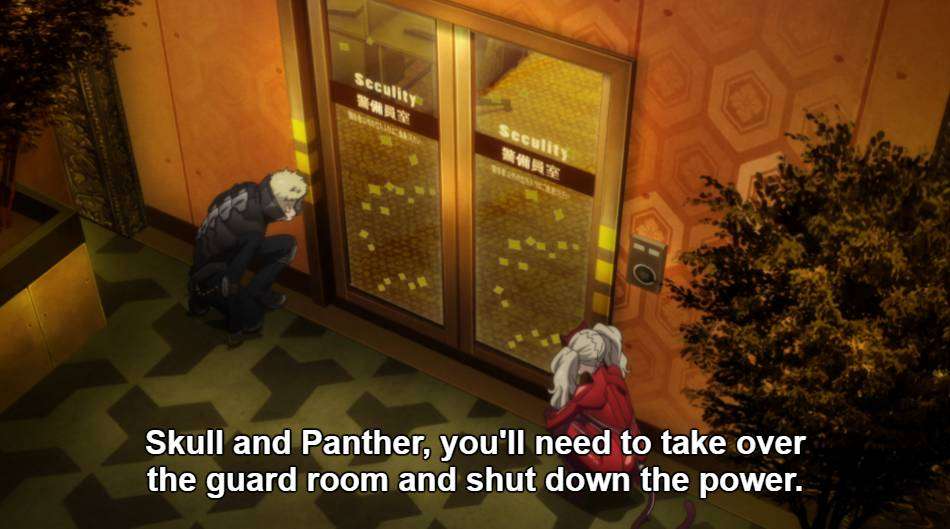 While the anime had a pretty satisfying heist segment, the infiltration portion of Madarame’s palace was a bit more lacking. The reason for this is how they handled one of the sections of the dungeon, or rather, how they cut it out entirely. In the game, it essentially boiled down to the Phantom Thieves being presented with multiple copies of the Sayuri painting and then trying to discern which was real in order to proceed.

It was a memorable section—in part due to how amazing the visuals were—but I really think they could have mined more emotion out of Yusuke being forced to confront fake copies of his most cherished painting. It’s understandable that they had to make necessary cuts to save for time, but it’s still a shame. 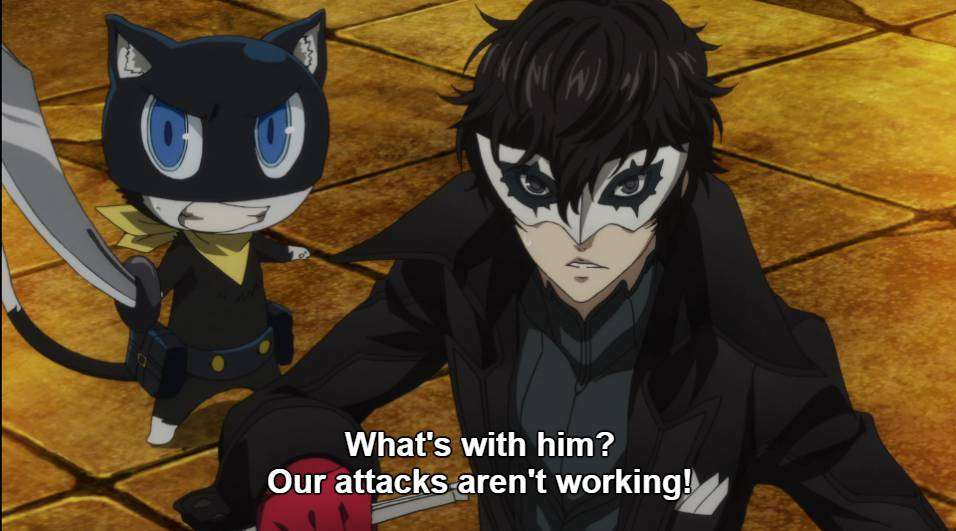 On the brighter side, the battle segment was pretty good! I mean it’s still lacking when compared to most anime, but it’s a significant step up from the earlier episodes. The anime did a good job of capturing the more dynamic parts of the boss battle. Like with the Kamoshida fight, it’s a strategic fight Instead of being a straight beatdown, but even better handled. The group is stumped at Shadow Madarame’s seemingly invulnerable nature, and I actually chuckled when they directly showed Shadow Madarame’s immunities, because it’s so… video gamey.

The scene that follows Madarame’s defeat, wherein the team celebrates their victory, is one, if not my favorite segment in P5, and the anime does a good job of handling that scene as well. It’s a moment that shows us the very heart of the Phantom Thieves: individuals with similar life circumstances (misfits), coming together to enact real, societal change because they feel that society has failed them. It’s sweet and heartwarming, but there’s a sense of sadness and bitterness that makes it all the more impactful. 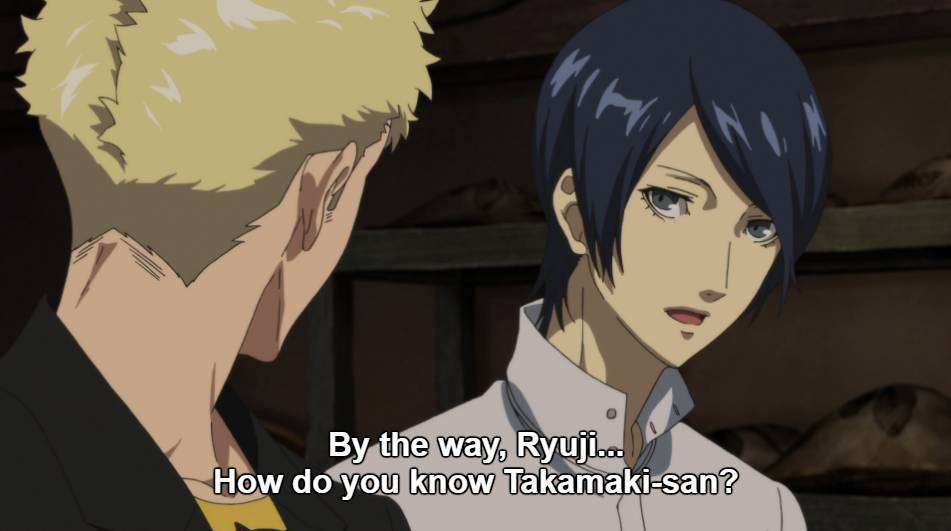 These kids shouldn’t have been in this position to begin with, and yet there they are, a group comprised of abuse victims trying to make the world more bearable for themselves and others. Overall, the Madarame arc was great throughout, enhancing the story in a way that arguably makes it surpass the original, and it set a new standard for the anime; hopefully, a standard that the anime continues to reach and eventually surpasses. The next episode seems like it will be a cooldown/bridge episode of sorts, with a presumably heavier focus on Kawakami, which should be fun.