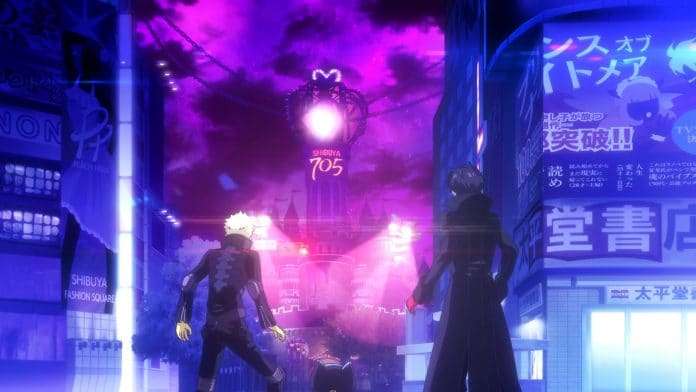 A special episode of the once regularly broadcast “Persona 5 the Animation Cafe Leblanc Attic Broadcasting Station” will be live streamed via AbemaTV on November 29, 2019.

This episode, called “Persona 5 the Animation Cafe Lablanc Broadcasting Station S,” will feature the latest information on Persona 5 Scramble: The Phantom Strikers, as well as live gameplay footage. The hosts will be Jun Fukuyama (voice of the Persona 5 protagonist) and Yuki Iwai (comedian).

A similarly special episode called “Cafe Leblanc Attic Broadcasting Station R” took place earlier this year on April 25, 2019 for Persona 5 Royal. It occurred on the same day as the second performance for the “Persona Super Live 2019” concert, which featured the announcement of Persona 5 Scramble. Preview images for the “Proof of Justice” original video animation of Persona 5 the Animation were also shown there.

The issue of Weekly Famitsu magazine releasing on November 28, 2019 will feature Persona 5 Scramble news, as well.

Alongside this special live stream for Cafe Leblanc Attic Broadcasting Station will be rebroadcasts of the OVAs for Persona 5 the Animation: “A Magical Valentine’s Day” and “Proof of Justice.”