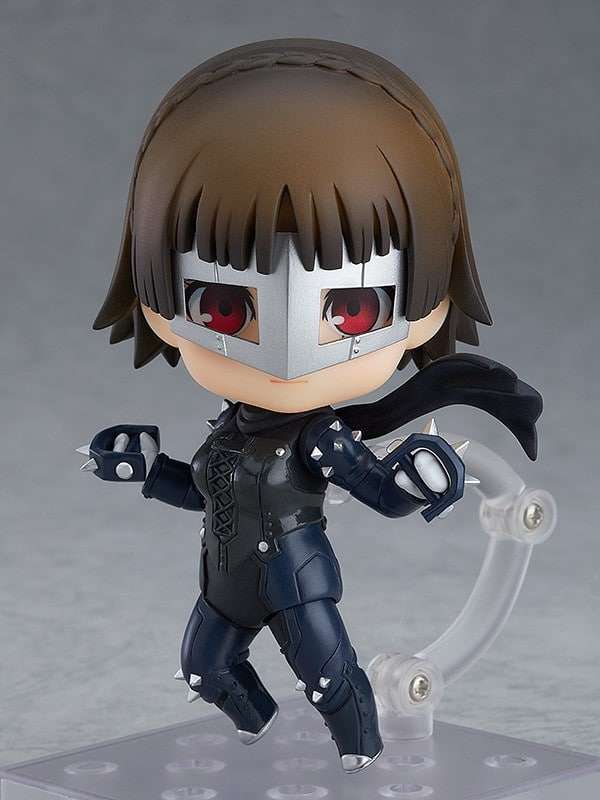 Following the announcement of a Nendoroid Makoto Niijima figure for Persona 5 the Animation as produced by Goodsmile Company at CCG Expo, 2018, images of the colored figure have been released, alongside the opening of pre-orders.

From the popular anime series “PERSONA5 the Animation” comes a Nendoroid of the student council president, Makoto Niijima, in her phantom thief outfit! Makoto (codename: Queen) comes with her gun and a mask that can be placed in her hands! You can recreate all kinds of scenes, like Persona summoning sequences and All-Out Attack finishes!

She comes with three face plates including her standard expression, an angered expression and a smiling expression. Her mask can be removed, making for a total of 6 possible combinations! Be sure to add her to your collection, along with the other Persona series Nendoroids!