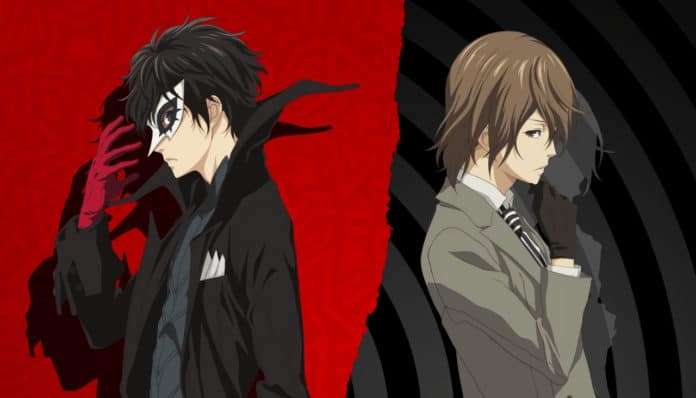 Volume 11 for Persona 5 the Animation was previously announced for a May 29 release, and at the time it was said to include the end-of-year special broadcast “Dark Sun…” along with an unaired episode.

Today, it has been announced that the unaired episode will be an original video animation (or “OVA”) called “Proof of Justice.”

Ren Amamiya, helping out at Leblanc, casually grabs a crossword puzzle magazine on the table. That’s when he finds the parting message “Proof of Justice” was left in the corner of the crossword puzzle with Akechi’s handwriting.

In order to find the meaning of this concept, Ren takes a walk in the city under the winter sky, tracing his memories of Akechi. The meaning of his words soon become clear, and Akechi’s thoughts are…

As announced previously, Volume 11 will also include footage from the “Masquerade Party: Phantom Midnight” staff event which took place in November 2018, with a staff reading from the 9 main cast members and a performance by the vocalist Lyn.

Leaked yesterday through the “Persona O.A.” mobile app, the reversible box art for the tenth volume of the Blu-ray and DVD release for Persona 5 the Animation has been revealed.

It features Sae Niijima, and her shadow form.

Volume 10 will include episodes 25 and 26, alongside The Animation Soundtrack CD Vol. 4