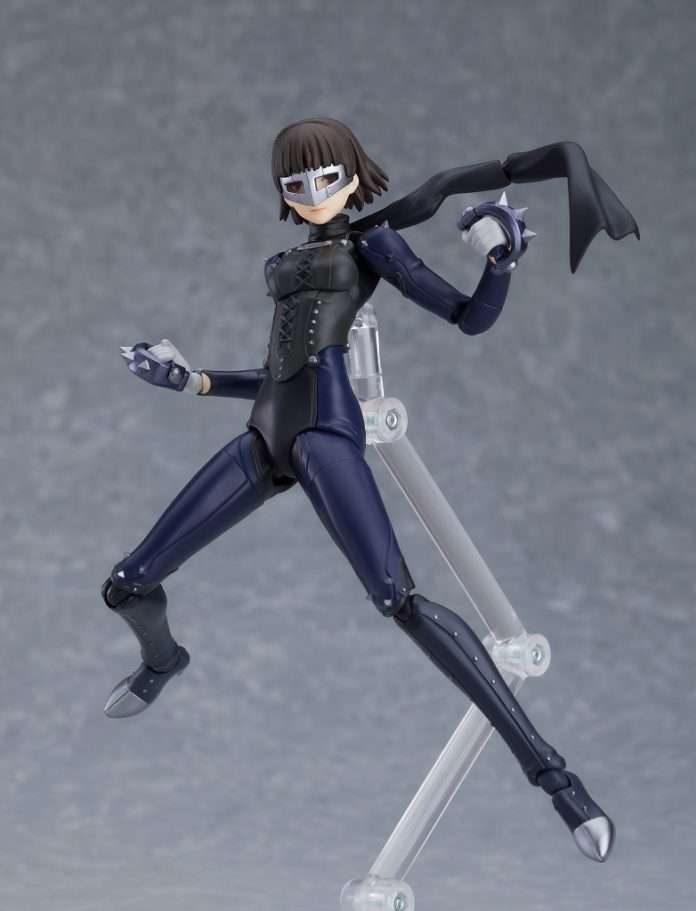 Produced by Max Factory, a Persona 5 the Animation figure of Makoto Niijima in her Phantom Thief guise—Queen—was previously announced at CCG Expo 2018, and a prototype was subsequently shown at Wonder Festival 2018 Summer.

The colored version of the Queen figure has now been fully revealed with pictures, along with the information that pre-orders will begin on October 30, 2018.

Accessories included are her signature knuckle weapons, her revolver in metallic paint, and a Phantom Thief calling card carefully reproduced on both sides.

From the popular anime “PERSONA5 the Animation” comes a figma of one of the members of the Phantom Thieves – Queen!

The figure includes the following:

Max Factory has previously produced Persona 5 figures for Joker, the P5 Hero, and Fox. As of yet unreleased Max Factory figures for Persona 5 the Animation include a Futaba Sakura figma and ones of Panther, Noir, and Skull.