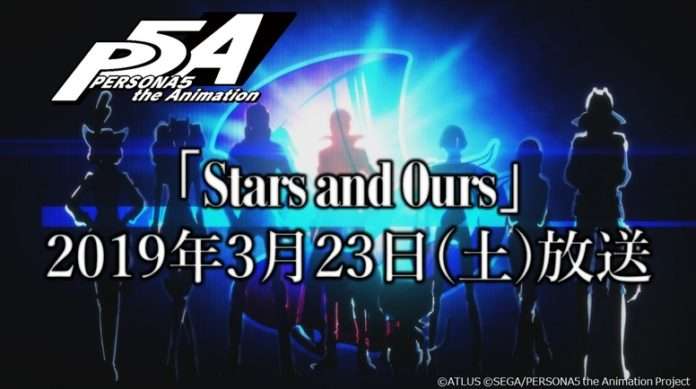 The broadcast date for the second Persona 5 The Animation special episode “Stars and Ours” has been announced as March 23, 2019.

Editor’s Note (Reggy): The “P5R” reveal will potentially take place on March 23, 2019, alongside the Persona 5 the Animation “Stars and Ours” special. P5R was originally teased for a March reveal after the December 2018 special “Dark Sun…”