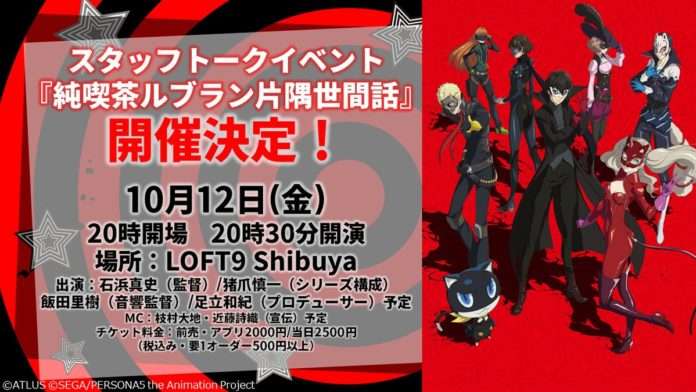 Aniplex has announced that there will be a Persona 5 the Animation staff talk show called “Cafe Leblanc Gossip Corner,” taking place at the LOFT9 music club in Shibuya on October 12, 2018.

Members of the staff for the anime adaptation of Persona 5 will be sharing special behind-the-scenes production stories.

Advance, first come, first served tickets have gone up on sale at ePlus for 2,000 yen (including tax). Other than that, lottery ticket applications through the Persona O.A. official mobile app are available from September 23 to October 2, costing 2,000 “Persona Points” with winning tickets also costing 2,000 yen.