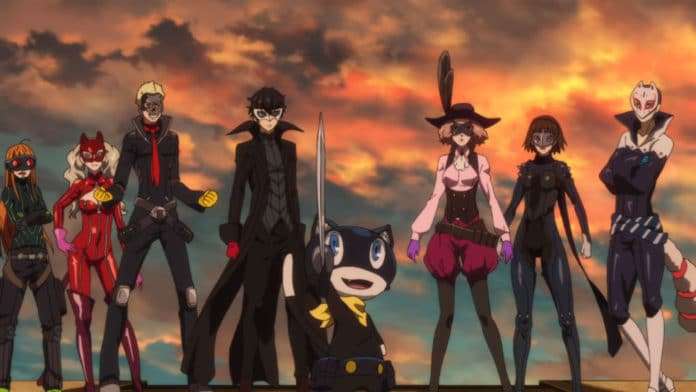 Despite covering both the climax and the ending of the story, Persona 5 The Animation‘s Stars and Ours doesn’t really play out all that differently from previous episodes. It’s business as usual here: the pacing is rushed and the animation quality is decidedly underwhelming, with some changes here and there. It’s hard to regard Stars and Ours as anything but an obligation, something to be completed and never thought of again, but even so, there are a few bright spots that make it a decent experience.

The special episode actually starts off pretty strong, by immediately focusing on the fallout of Shido’s defeat. Instead of celebratory, the tone present is depressing and oppressive. People who clung to Shido refuse to let him go and fall into despair. Shido’s sycophants immediately get to work to secure their power, and there are citizens who are outright chanting his name in the streets.

There’s a very palpable sense of futility here. Even though the Phantom Thieves have taken Shido, the current source of evil in Japan, nothing has changed. The episode is very direct with its messaging here, and I really appreciate how they managed to sell one of Persona 5‘s strongest aspects so succinctly. It is immensely difficult to bring up real, lasting change in society. Even with all their power and planning, the Phantom Thieves were unable to completely change Japan for the better. 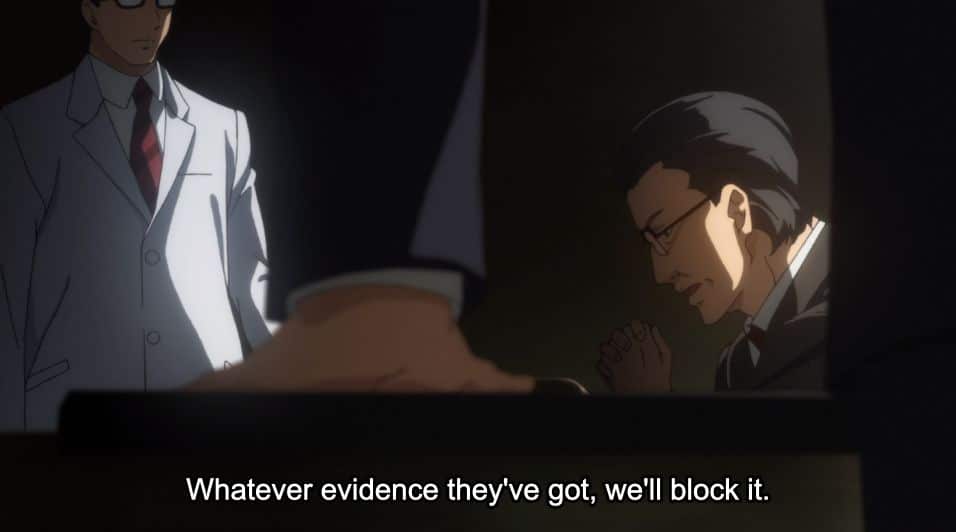 Unfortunately, all of that setup is barely taken advantage of. This isn’t entirely on the anime here as the source material is primarily at fault here. Its decision to immediately give the Phantom Thieves an out by giving them a big bad to slay was something I absolutely wasn’t fond of. It doesn’t help that the plot threads pertaining to the main antagonist hew a bit too closely to Persona 4‘s final antagonist. Still, going into “society’s palace” is a promising concept, but the anime completely rushes through it (in one case, literally as the Phantom Thieves don’t even stop and talk to the former culprits, and simply run past them).

The upside to skipping through the final dungeon means that much of the tedium from the game is simply skipped through, but it makes for a less exciting experience. The final dungeon had several interesting enemies (high-level fan favorite demons like Beelzebub gave it some teeth), but the special’s decision skip fights almost entirely, which means moments such as Joker struggling against the twins lose a lot of tension. 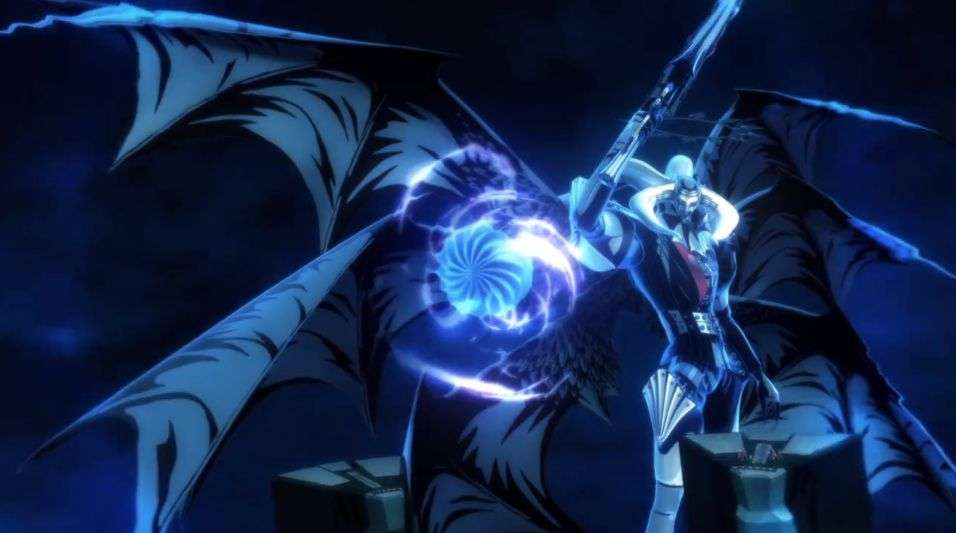 Both the Phantom Thieves fading out of existence and the reveal of the true mastermind are also moments that suffer from a lack of tension. The mastermind’s reveal especially just feels ho-hum considering how significant it is. The fact that Igor, your mysterious confidant, turned out to be the main antagonist isn’t something Joker really dwells on. That sense of laissez-faire applies to the big bad as well, since he just lets Joker fuse Caroline and Justine together without putting up much of a resistance and even frees Igor. There is no tension.

This episode does improve on the source material in certain areas, thankfully. The sequence where Joker frees his teammates from their metaphorical (and literal) prisons is improved in the anime. The game’s take on it was drawn out, but this streamlines it by having them regain their resolve together. Additionally, having the story actually address Goro’s presence after his death was appreciated.

The transition into the final boss fight itself is just so incredibly abrupt. The final stretch had you fighting against high-level angel enemies (which of course ties in wonderfully with the final boss’s theming) and absolutely none of that is present in the anime. So we’re left with the Phantom Thieves running straight to the final boss without any real build up. And at this point, I shouldn’t even have to tell you if the fight against the final boss was disappointing, because of course it was. Even at the very end, Persona 5 The Animation just never impressed with its battle scenes. 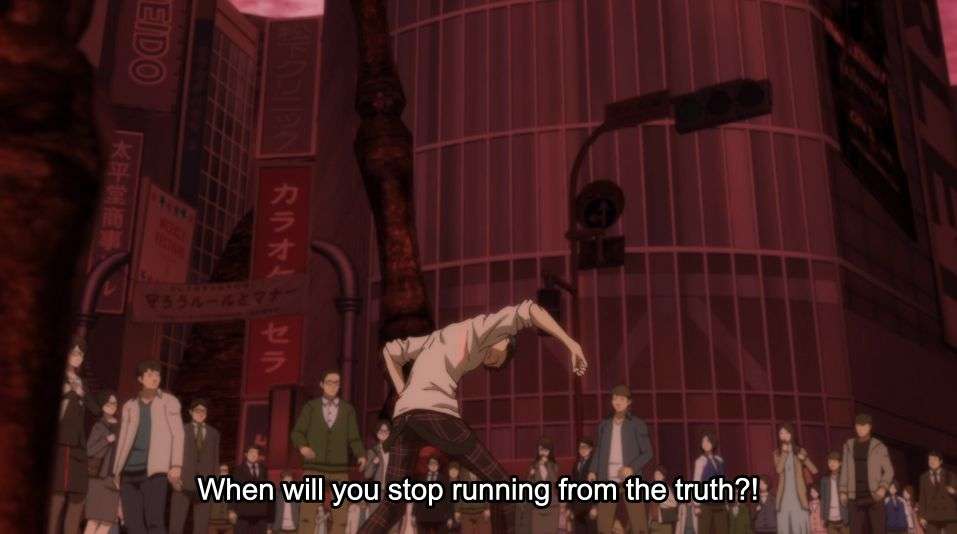 Still, I’d be lying if I said I didn’t enjoy the finale. Mishima finally stepping up after spending most of the story being a dweeb is undeniably a great moment. The Persona games up until now have operated on the assumption that society is useless, with the main characters picking up the slack to set things right. Persona 5 initially leans into this, but heavily subverts this by having the citizens directly contribute to the Phantom Thieves’ victory. And it should go without saying that Satanael is just incredibly cool.

Things predictably wind down after Yaldabaoth is defeated, and the episode does a decent job of wrapping up the story. Of course, it’s rushed to hell and back, but I like how Morgana’s disappearance and subsequent reappearance is handled in comparison to the game. Having Joker visit his various Confidants during the credit sequence was a nice touch as well, and even though a lot of details were skipped, there’s a definite sense of satisfaction here. After all that fighting, the Phantom Thieves are over and done with, and the protagonists can finally take their first steps towards living decent lives.

And with all of that said and done, I can say we’ve reached the end of reviewing Persona 5 The Animation. It was definitely a bumpy experience, filled with highs, and lows, and consistent plateaus. I’m glad I got the opportunity to write these reviews, and for anyone who’s stuck with me from the very beginning, thank you so much.

I hope we get to meet again.