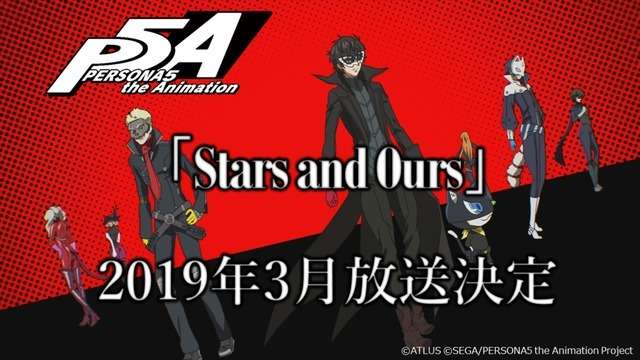 Images have surfaced indicating that a follow-up to Persona 5 the Animation titled “Stars and Ours” will air in March 2019.

At the end of “Dark Sun…”, a trailer for the new special episode was released:

The article for it has been posted on the official website.

Produced by CloverWorks, Persona 5 the Animation is a 26-episode anime adaptation of Persona 5 which debuted on April 8, 2018 and ended on September 30, 2018. A special 1-hour broadcast titled “Dark Sun…” will air today on December 30, and a “Stars and Ours” episode will air in March 2019.