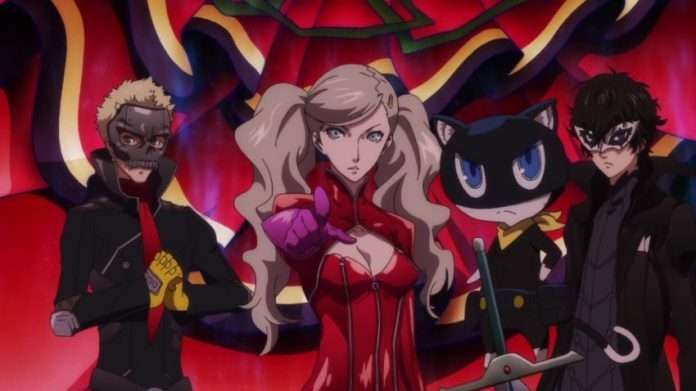 Anime Limited have announced the release details for the UK release of Persona 5 the Animation. The anime will release in two volumes, with Part 1 releasing on April 12th, 2021 and Part 2 releasing on May 10th, 2021.

The Blu-rays will contain the same content as the North American release, including both Japanese and English dubs, textless openings and endings and commercials and trailers.

Anime Limited initially announced that they had acquired the rights to Persona 5 the Animation in 2018, for a 2019 release. They previously released the standalone episode, The Day Breakers in 2020.

Part 1 will include episodes 1-15 of the series, with both English and original Japanese with English subtitles viewing options.

It will comes packed in a rigid case with an amaray case to hold the two Blu-ray discs.

Also included are 6 art cards, and an outer storage box that will hold both Part 1 and Part 2

Ren Amamiya is about to enter his second year of high school after transferring to Shujin Academy in Tokyo. A strange incident triggers the awakening of his Persona, and alongside his friends, he forms the “Phantom Thieves of Hearts” to change the hearts of corrupt adults by stealing the source of their distorted desires.

Meanwhile, cases of psychotic breakdowns have been popping up one after another… Living their ordinary high school lives in Tokyo during the day, the group stalks the bustling metropolis of Tokyo as the Phantom Thieves by night. It’s time for the curtains to rise on this grand, picaresque story.

Part 2 will include the remaining episodes, 16-26, in addition to the two specials SP1: Dark Sun… and SP2: Sun and Ours, all with both English and the original Japanese voice tracks with English subtitles.

It will comes packed in a rigid case with an amaray case to hold the two Blu-ray discs.

Also included are 6 art cards, and an outer storage box that hold both Part 1 and Part 2

The Phantom Thieves’ early success at bringing those responsible for heinous wrongdoing to justice has brought them to the attention of Medjed, a notorious group of international hackers who threatens to expose their identities. In light of this, the group is also contacted by the enigmatic Alibaba, a rival hacker who offers them a deal – use their otherworldly abilities to change the heart of a girl named Futaba Sakura, and in return they will deal with the problems posed by Medjed.

As the Phantom Thieves crew of misfits with an eye for justice grows, so too does the threat looming over Tokyo. Can the gang get to the bottom of the nefarious and deadly corruption that run through the heart of the city… and what’s more, can they do so in light of dangers that threaten to break up the Phantom Thieves and could even cost them their lives.

A bundle offer containing both parts is also available though the All The Anime website.

In North America, the anime is available for streaming on Crunchyroll and Hulu. A Blu-Ray set was released by Aniplex on September 29, 2020.