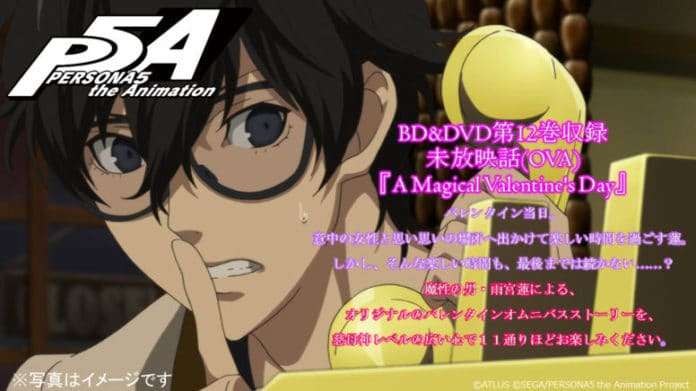 Following the Amazon Japan listing confirming its release date, details for the final volume of Persona 5 the Animation have been officially released.

Volume 12 of Persona 5 the Animation will include the 1-hour special episode “Stars and Ours,” as well as the OVA “A Magical Valentine’s Day.” 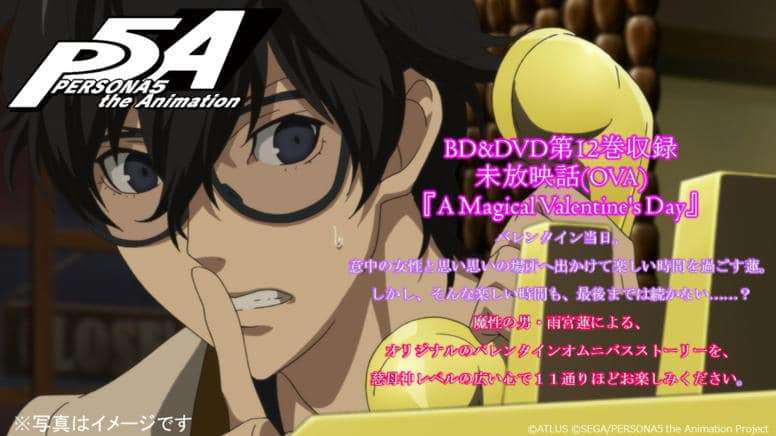 On Valentine’s Day, Ren has a good time going out and having fun with girls. But will such fun times last…?

Featuring the devilish Ren Amamiya, this is an original Valentine’s omnibus split in 11 different ways as open as the goddess of mercy’s heart.

Volume 11 of Persona 5 the Animation will be released on May 29, 2019. It will include the first OVA for the anime with a Goro Akechi focus called “Proof of Justice.”