Around three years ago, the first post on Persona Central covered all of the known Persona 5 information up until June 22, 2013, before the game was officially announced on November 24, 2013.

With the start of 2016—the year Persona 5 is finally looking to be released in—I thought it would be interesting to look back on everything (or 98% of things) related to Atlus’s biggest release of all time since the beginning.

All dates are according to the Eastern Time Zone for USA & Canada.

Pachinko website 7-Rush covers a press conference from manufacturer Taiyo Elec about the upcoming Shin Megami Tensei K pachislot machine in August 2009. The end of the article mentions the advent of a “Megaten boom” in Japan by stating: “PlayStation 3’s Persona 5, which is scheduled to be announced.” 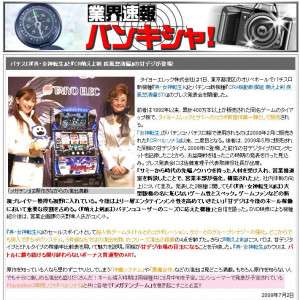 Japanese gaming blogs pick up on the 7-Rush article mention of Persona 5 and report on it.

Pachinko website 7-Rush updates their article, removing the brief mention of Persona 5 at the end. 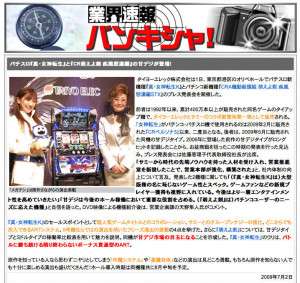 Sony’s Japanese mobile PlayStation page lists composer Shoji Meguro as the producer for Persona 5. Meguro, however, was the director for the PSP port of the first Shin Megami Tensei: Persona. 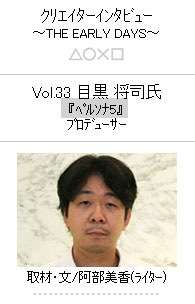 On the last edition of the “Persona 3 Portable” Creator’s Blog, director Katsura Hashino mentions that the team that developed Persona 4 divided in two after it was finished.

One of the teams went on to develop Persona 3 Portable and Hashino states that he would continue to work with them on a new project, while the other team is developing an original new game nearing completion.

Hashino proceeds to mention that, starting in 2010, the two development teams will gradually merge to get to work on “that” (presumably, Persona 5).

The development for the next numbered sequel in the Persona series is confirmed by Katsura Hashino in a Dengeki PlayStation vol. 469 flying get.

In the column, Hashino states that he wants to add elements that fans would expect of the series, while also changing elements within those constraints.

Hashino states that the game’s themes have been determined and that the staff want to challenge more new elements in the game going from Persona 4 to the next game than the difference even between Persona 2 and Persona 3.

For the development of Catherine, a third-party engine was used (i.e. Gamebryo), however Hashino states that the Persona Team have finished work on their own engine. “With this new internal engine, Hashino believes that converting their ideas into game form will go considerably smooth.”

Hashino warns that the wait until the game’s release will be lengthy.

In a Famitsu issue #1223 about Persona Music Live 2012, composer Shoji Meguro states that because he likes smooth R&B and soul music, he would like to work on more authentic “black music.”

Meguro states that, if there is a Persona 5, and it is radically different from Persona 3 and Persona 4, the style of music would change accordingly.

A Famitsu issue #1237 interview with game developers about the future features Katsura Hashino stating that the Persona Team is currently focused on the next numbered entry in the Persona series.

Hashino also states that Shigenori Soejima has submitted sketches for the game, and development is progressing steadily.

A Famitsu feature had Katsura Hashino talk with science writer Kaoru Takeuchi about the Persona series.

In this feature, Hashino states that development of the next numbered Persona game is making progress, however he can’t say more than that. Further information will be revealed when the time is right, and people should stay tuned. 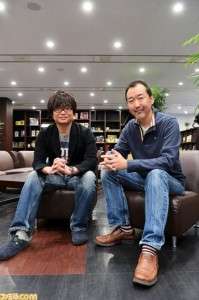 At a Niconico live broadcast event by the name of “Dengeki Game Thanksgiving Festival 2013,” Hashino states that the Persona Team is “working hard on the next Persona title.”

The registered domain name for “persona5.jp” is discovered and made publicly known by a WHOIS domain lookup.

In a blog post celebrating the Persona Music FES 2013 concert and apologizing for worrying fans with the news of the Index corporation’s bankruptcy, Hashino states that there will be several upcoming titles announced ahead of the Atlus brand’s 25th anniversary in 2014, all of which are in active development.

One of these titles teased would likely turn out to be Persona 5.