The key visual for the Persona Super Live 2015 concert is revealed, confirming a relation to Persona 5 with the game’s protagonist being part of the art, with his face hidden. [Persona Central] 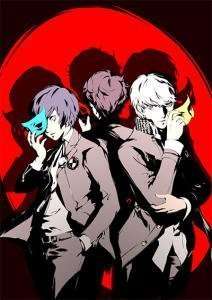 A Famitsu magazine issue #1361 special feature with 100 game creators and their aspirations for 2015 has Persona 5 director Katsura Hashino stating that there will be new information to reveal about the game following the New Year, with proper timing.

A 4Gamer end of the year interview has Hashino discuss the main, basic themes of Persona 5 for the first time, which essentially consist of breaking free from societal restraints. Hashino also hints at inspirations for the game, such as stating one of the Japanese films he particularly enjoyed in 2014 was Lupin the Third. 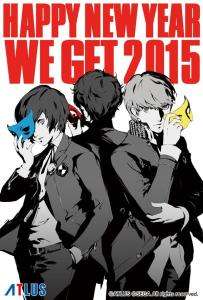 In the wake of the “News Flash! Persona Channel 2015” live stream starting, a teaser picture appears for the game. 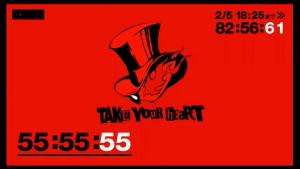 Additionally, a tease for the game with our first ever look at the “Phantom” appears in the February 5, 2015 issue of the Yomiuri Shimbun newspaper. 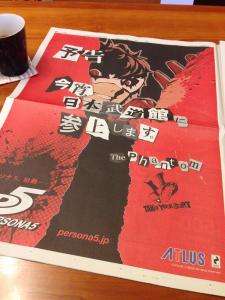 A preview trailer for Persona 4: Dancing All Night is shown, revealing that first-print copies of the game on June 25, 2015 will include a Special Movie Blu-ray disc for Persona 5.

The first official and fully featured key art for Persona 5 is leaked via the Persona Super Live 2015 concert venue as the “News Flash!” live stream approaches its end with the tagline “What awaits us? Will it be glory? Or destruction?” 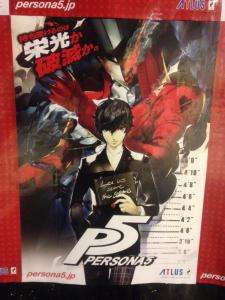 The first ever debut gameplay/preview trailer is shown at the end of the Persona Super Live 2015 concert and the “News Flash!” live stream. The official website is updated; the key art is officially revealed.

Hashino posts a blog post on the Persona Channel speaking of the themes and concepts of Persona 5 in more concrete terms such as “picaresque romance,” “juvenile school setting” and the desire for justice from the main characters.

An excerpt is released from a Famitsu issue #1367 interview (February 12, 2015 release) that features Hashino talking about the game’s development and its main characters.

A Famitsu issue #1367 flying get leak discloses story, concept, development and theme information from the first full feature of Persona 5. 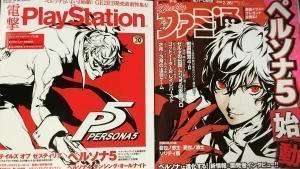 Composer Shoji Meguro reveals that the music played during the Pv01 trailer on February 5th is the instrumental version of the opening theme, and states that the musical inspiration for the Persona 5 soundtrack is acid jazz.

Scans from Famitsu issue #1367 and Dengeki PlayStation Vol. 584 are released, showing off new screenshots from Persona 5. 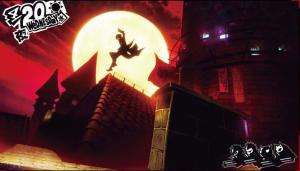 Details from the latest issue of Dengeki PlayStation are released for the protagonist, his awakening, and the setting.

The Persona 5 themed cover for the #2015 February issue of Persona Magazine—announced on February 4, 2015 and slated for release on February 25—is revealed via a magazine promotion. 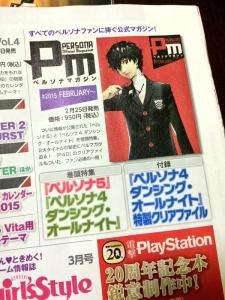 The official Persona 5 website is updated with screenshots of the game that were seen from the game’s scans in a previous issue of Famitsu and Dengeki PlayStation. 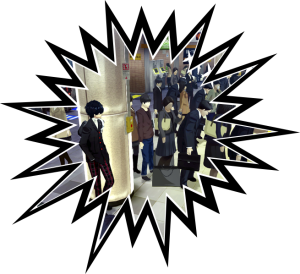 A preview from the upcoming #2015 February issue of Persona Magazine is released, with information that it will contain a Soejima and Hashino interview about Persona 5. 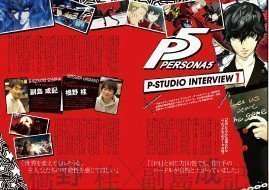 The Atlus USA Persona 5 website is updated with an age gate and a link to the Japanese version of the website. 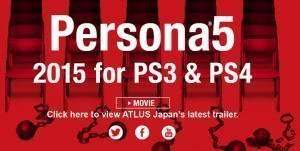 The Persona 5 Hashino and Soejima interview from the latest Persona Magazine #2015 February issue is released, translated by Gematsu. It discusses the game’s setting, themes, characters, development and art style. 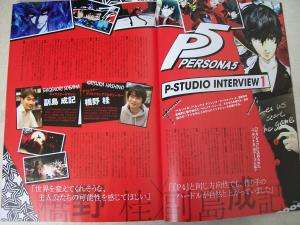 An employee interview with Mynavi from March 6 is translated, and it has Persona 5 event planner Nanako Kobayashi state the following:

N.K. states that, currently, the development of Persona 5 is progressing steadily, and that her work on it is approaching its end. When the game was unveiled on February 5th, she was bracing herself for the expectations and reactions of the audience. 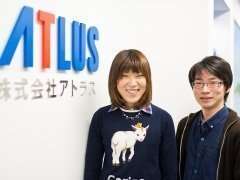 Atlus releases an online survey to learn more about its fans, and one of the questions features images from Persona 5. 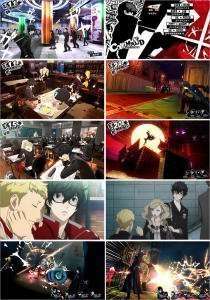 The first glimpse of an official English promotional poster for Persona 5 appears via an Instagram video from Atlus USA. 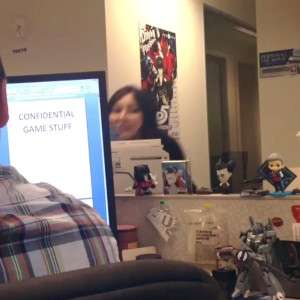