PlayStation Japan’s official Persona 5 product page for the PS3 and PS4 is updated with a new design and high resolution screenshots that were seen in magazine scans and on the official website previously. 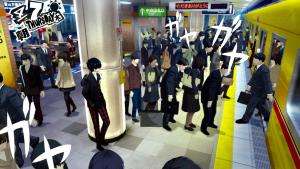 Simultaneously, the projected physical game release for Sega seemingly indicates that Persona 5 will be released in Q4 2015 unless the game is delayed once again.

The official Atlus USA website is overhauled, with the Persona 5 page indicating that it will be a “Late 2015” release. The page is soon altered to change the release date to simply “2015.” 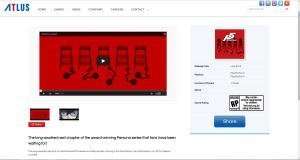 The Persona 4: Dancing All Night themed cover for the #2015 July issue of Persona Magazine—announced on May 30, 2015 and slated for release on June 29—is revealed, indicating that the next issue will feature an analysis of three keywords related to Persona 5. 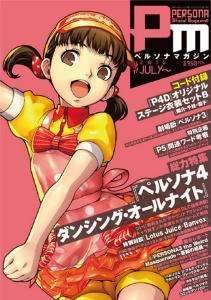 The E3 2015 badge—teased on June 5, 2015 by Destructoid—is revealed to be Persona 5 themed as well as Persona 4: Dancing All Night themed. 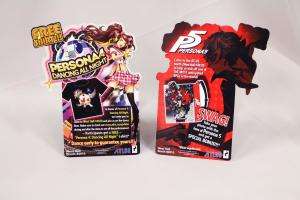 The contents of the Special Blu-ray disc for Persona 5, announced on February 5, are announced:

A Dengeki PlayStation unboxing video of Persona 4: Dancing All Night features a brief tease for PV02.

The official English website for Persona 5 is fully launched, along with an Atlus USA upload of the PV01 trailer as an E3 2015 trailer.

Polygon interviews Atlus USA PR manager John Hardin about why new media was not shown for Persona 5 at E3 2015, with the following as the answer:

We have to treat it with delicacy and care. No one likes to be spoiled, and especially not with a title of this magnitude. We just don’t have anything ready.

The first screenshots from the Special Blu-ray disc for Persona 5, showing off shots from the promotional video #2 trailer, are leaked. 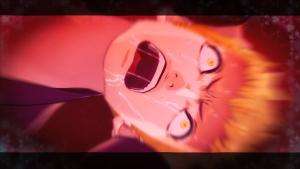 The second gameplay trailer for Persona 5, PV02, is leaked from the Persona 5 Special Blu-ray disc.

A preview for the upcoming issue of magazine #2015 July contains a snippet of what its Persona 5 feature will entail, following the information that the magazine will analyze three keywords about the game. 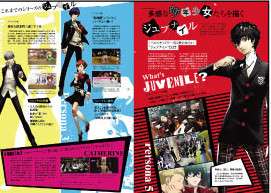 The #2015 July issue of Persona Magazine is released. Two of the keywords related to Persona 5, “Picaresque Novel” and “Phantom” have lists for Hashino’s direct inspirations from novels and movies.

A Sony Computer Entertainment Europe advertisement lists that Persona 5 is slated for a TBA 2016 release date in Europe. 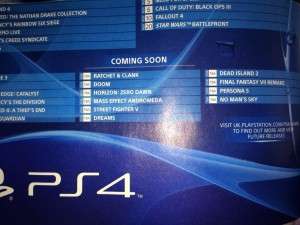 God is a Geek has an interview with Atlus USA PR manager John Hardin, where he denies Square Enix being the European publisher for Persona 5 in Europe, states that they are working on getting a publisher locked in, and reaffirms the 2015 release date for the game in North America.

[Persona Central, God is a Geek]

Persona 5 is confirmed to have a presence at TGS 2015 through a stage show, following the announcement of the “Atlus Presents Persona Special Stage.”

A promotional poster for Persona 5 for an upcoming store campaign by the name of “Hunt for the Phantom Thieves!” is leaked via Twitter. The campaign is set to last from September 17 to September 19 coinciding with TGS 2015. 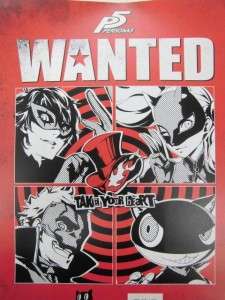 Atlus launches a Persona 5 teaser website for the “Hunt for the Phantom Thieves!” campaign, with the promotional poster having a QR code which leads to the website. 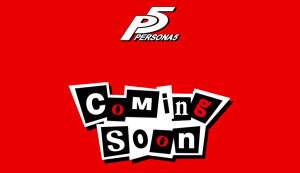 The Persona 5 game page on the Sega TGS 2015 website is opened, indicating the game’s release date to be 2015. 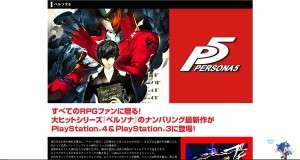 Despite still not being uploaded to Atlus’ official YouTube channel, the PV02 trailer for the game is shown during Sega’s TGS live stream, and on a loop at their TGS 2015 booth.