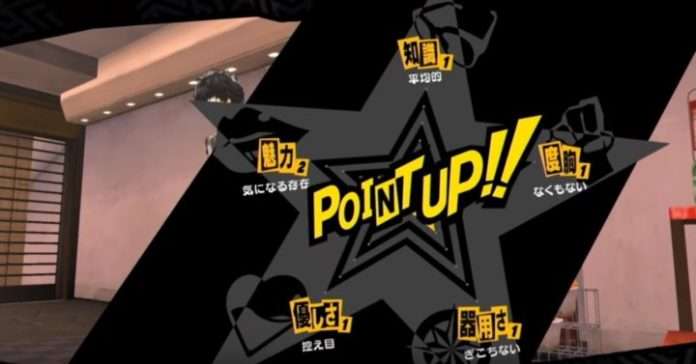 Following the recent Persona 5 scans from Dengeki Playstation Vol. 618 showing off a recap of E3 2016 information, Tumblr user Domi has translated some details regarding Social Status, the Third Eye, and the fixed nature of dungeons.

It was shown in the E3 trailer some scenes where the protag’s status increased.  This was also in Persona 3 and 4. In Persona 5, it seems there are 5 statuses and there are new ones too. Do they actually have something to do with the Commu system? 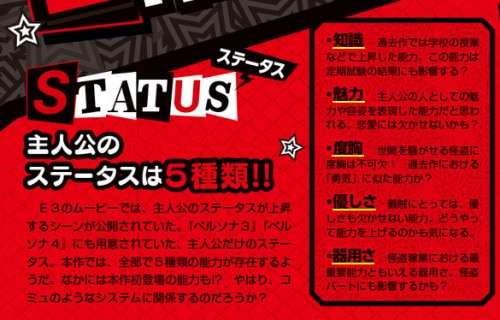 In Persona 3 and 4 the dungeons are randomly generated. In Persona 5, “palaces” are fix-structured. Because of this, every palace is very unique. The palaces are definitely more durable and players would be able to enjoy the process solving all the mysteries.

The Third Eye is a skill for you to see through traps and secrets in palaces. As in the E3 gameplay, after triggering the Third Eye, we were able to see the glittering footsteps and go after them and open the gate. It seems players will also be able to find hidden items.

In the trailer we were able to see that the battles are really smooth. All of the details of each system were revealed. It should be pretty easy for players to master. Let’s review the battle system again! [Followed by battle gameplay information that can be found in a previous post.] 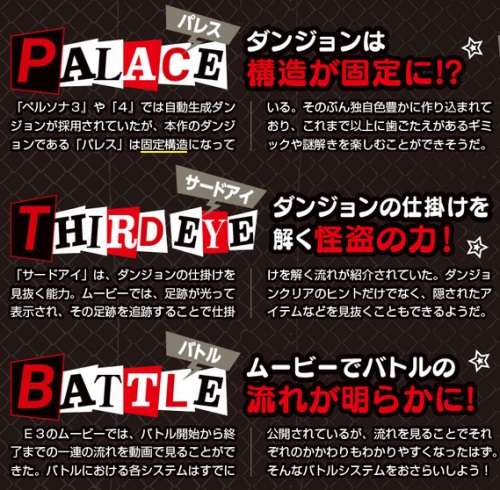