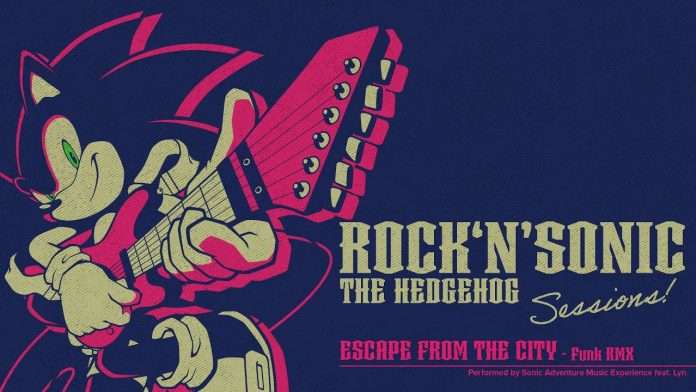 Classic Sonic series songs are going to be receiving a new set of remixes in a series called “Sonic Sessions.” The first featured song in this series is “Escape From the City,” from Sonic Adventure 2, which was originally released in June 2001.

The “Funky RMX” of “Escape From the City” happens to feature the main vocalist from Persona 5, Lyn Inaizumi. Sonic series composer Jun Senoue asked Lyn to join the session for the song, and so she obliged. Recently, both Senoue and Lyn were part of the Tokyo Game Show 2021 Sega special mini concert. They were also part of a similar concert for TGS 2018.

This funky remix of “Escape From the City” is composed by June Senoue and Ted Poley, with arrangement by Dean DiMarzo and Senoue.