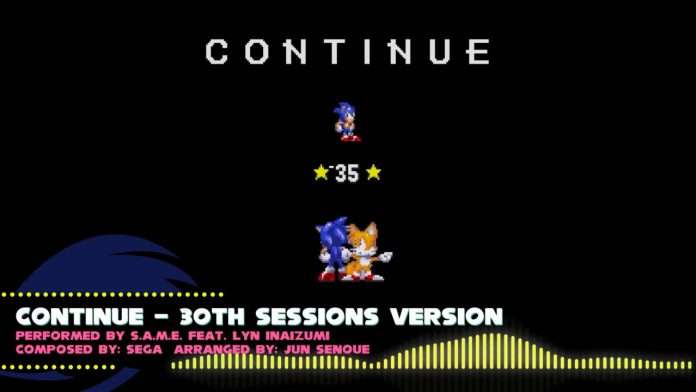 To celebrate the 30th anniversary of the Sonic series, classic songs are going to be receiving a new set of remixes in a series called “Sonic Sessions.” The first featured song in this series was “Escape From the City,” from Sonic Adventure 2, which featured the main vocalist from Persona 5, Lyn Inaizumi.

Today, the second “30th Sessions Version” track in the series was released, featuring “Continue” from Sonic the Hedgehog 3, which came out on February 2, 1994.

This remix of “Continue” was performed by S.A.M.E., and composed and arranged by Sega’s Jun Senoue. Both Senoue and Lyn were part of the Tokyo Game Show 2021 Sega special mini concert. They were also part of a similar concert for TGS 2018.