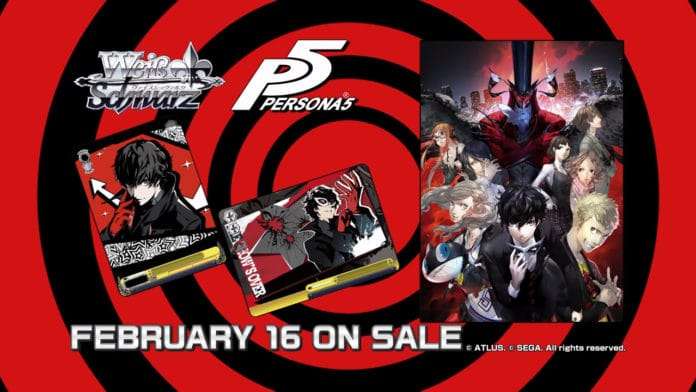 Following the announcement in April 2017 that the Persona 5 series of Weiss Schwarz trading cards would be released in English, Bushiroad has put out a commercial with the official release date of February 16, 2018.

The English “Trial Deck” and “Booster Pack” for Persona 5 was originally announced for a June 2017 release, however they had been indefinitely delayed in July 2017. 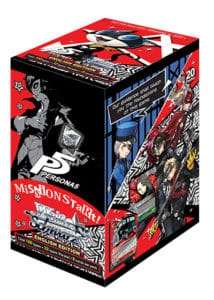 Steal back your future!

Persona 5 has stolen the show with their grand entrance into the English Edition of Weiss Schwarz! Take hold of the ability to “Change Hearts” with this new exciting release!

4 exclusive playmats will be included in every carton!! 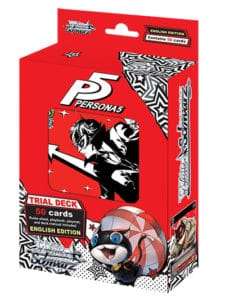 Steal back your future!

Students by day and Phantom Thieves by night, join in the fight for Justice with Persona 5!

All cards are Trial Deck exlcusive!!

The Japanese release of the Weiss Schwarz Persona 5 series was on December 16, 2016.