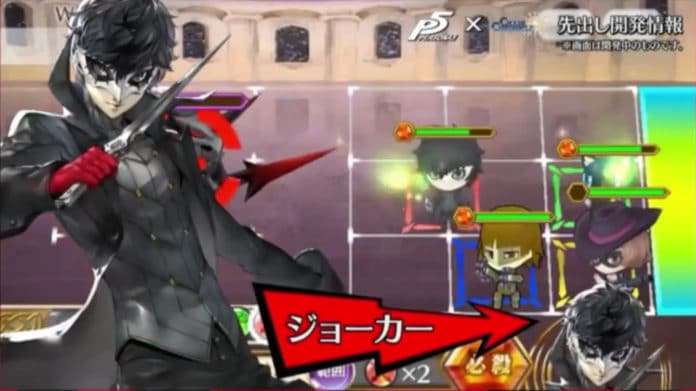 The previously announced collaboration between Persona 5 and the smartphone RPG Chain Chronicle has had a gameplay preview video released for it during episode 7 of the Persona Stalker Club V talk show.

The collaboration will feature an “original story”—co-created by the “P5” development team and the “Chain Chronicle” development team—revolving around the Persona 5 cast of Phantom Thieves.

The teaser website for the “Persona 5 x Chain Chronicle 3” collaboration can be found here.