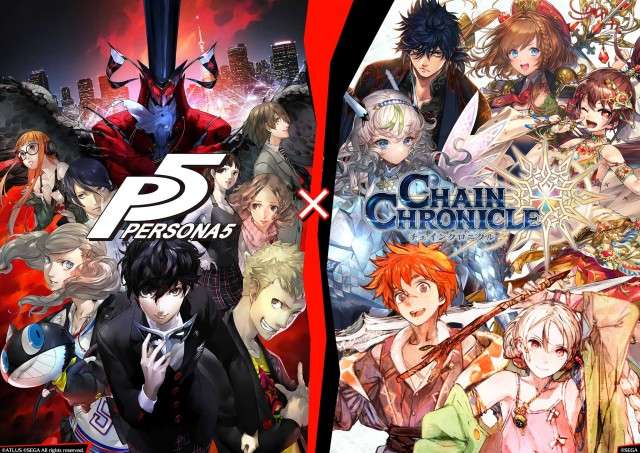 Following the previously released gameplay preview video for the upcoming Persona 5 collaboration with the smartphone RPG Chain Chronicle 3, an introduction trailer has been released.

A date for when the collaboration event will be held has also been announced as January 19th.

The collaboration will feature an “original story”—co-created by the “P5” development team and the “Chain Chronicle” development team—revolving around the Persona 5 cast of Phantom Thieves.

A Twitter campaign on the official collaboration website is currently underway, where 5,000 RTs will unlock Morgana as a character.