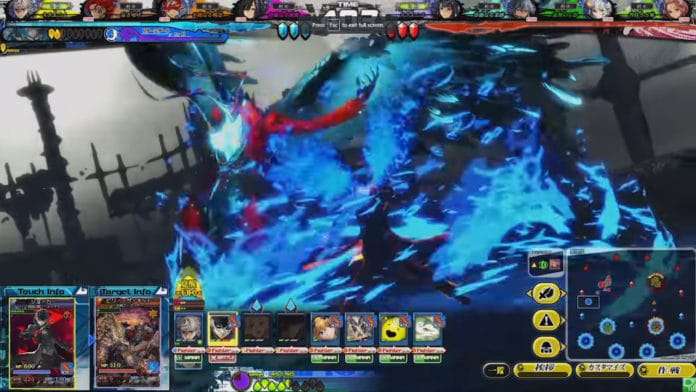 Previously, a teaser trailer for the Lord of Vermillion Re:3 collaboration with Persona 5 was released, and recent gameplay footage for the arcade game’s upcoming event has been uploaded. 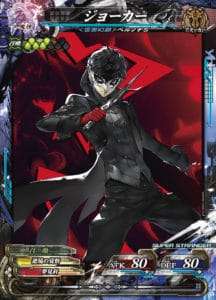 Joker is an attacker and “Demon” type whose summon cost is 50. His abilities are:

Preparation for Adversity: His attack power is increased. Additionally, if there are opposing units around him whose summoning cost is equal to or greater than a certain value, his defensive power increases.

Dream Needle: Extends his range in “Fighter Style.” Furthermore, the damage inflicted to enemy units increases and the impact from enemy attacks is lessened for a certain amount of time. 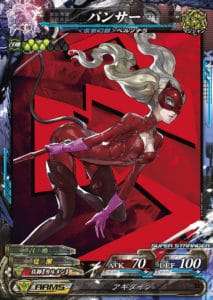 Panther is a different kind of magician and “Demon” type whose summon cost is 50. Her abilities are:

True Power “Carmen”: Her attack power rises, and she receives karma every time an allied unit is defeated by an enemy unit. Furthermore, [Arms] “Agidyne” becomes available for use.

Agidyne: An [Arms] that consumes all of Panther’s karma, damaging the targeted enemy unit within range, gradually reducing their HP for a certain period of time. Depending on the amount of karma consumed by the arm, the effect’s range expands and the damage increases. 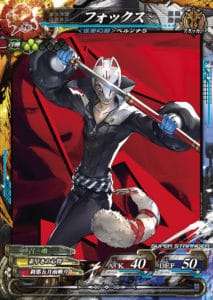 Fox is an attacker of the “human beast” type whose summon cost is 30, unlike Panther and Joker. His abilities are:

Rapid Awareness: His movement speed is increased, and the amount of time he is stunned after being attacked decreases.

Setsuna Rain Slash: His attack power increases. Additionally, when a dash attack is made, its damage increases based on the amount of times it is executed. However, Fox also receives damage by doing this. 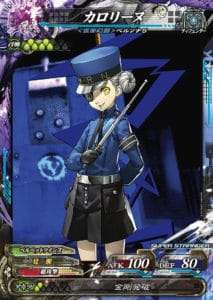 Velvet Twins (Caroline): Her defense force is increased. Furthermore, if Justine is part of the player’s units on the battlefield, the awakening cost will decrease. However, when Justine dies, Caroline’s attack power, defense power and movement speed all decrease for a certain period of time.

All-Out Attack: Increases damage inflicted to enemy units by Caroline and Justine when in awakening.

Vajra Blast (20): An area-of-effect attack which damages all enemy units within range of a surrounding area. Additionally, if Justine is also a player’s unit on the battlefield, the ability has the additional effect of lowering the enemy’s movement speed for a fixed period of time. This art cannot be used unless Caroline is in awakening. 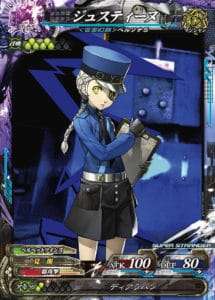 Velvet Twins (Justine): Her defense force is increased. Furthermore, if Caroline is part of the player’s units on the battlefield, the awakening cost will decrease. However, when Caroline dies, Justine’s attack power, defense power and movement speed all decrease for a certain period of time.

All-Out Attack: Increases damage inflicted to enemy units by Caroline and Justine when in awakening.

Diarahan: Restores the HP of the player’s own Caroline and Justine units within range. This art cannot be used unless Justine is in awakening.

The upcoming update to Lord of Vermillion Re: 3 on December 26th, “Dear Servant KEEPER OF THE 13 KEYS,” will implement the collaboration with Atlus’ newest RPG, Persona 5. It will include Joker, Panther, Fox, Caroline and Justine as five added characters to the game.