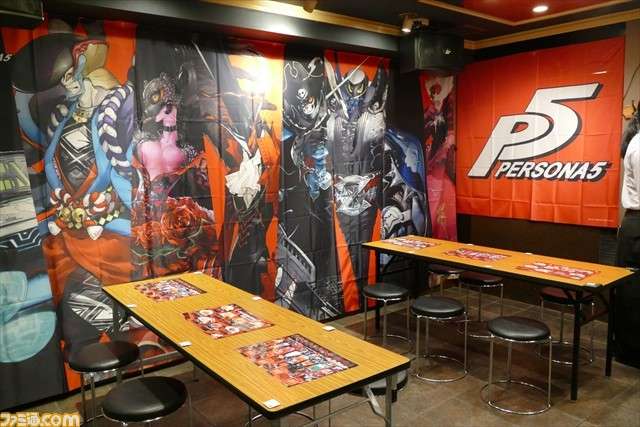 Following the announcement of the Persona 5 themed Pasela Resorts cafe & karaoke collaboration, Famitsu has provided pictures of the event which has started on October 14.

The primary menu is available at the “Los Cabos” 2F Pasela Resorts location in Shibuya. 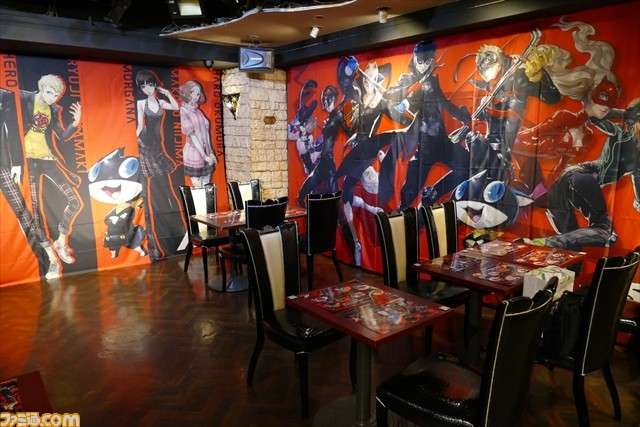 This is how the cafe looks. With videos displayed, customers are immersed in the world of Persona 5.

The collaboration cafe features Persona 5 themed decoration, including large images of the main Phantom Thief cast, along with an original collaboration menu.

When a menu item is ordered, customers will receive one of eight can badges given at random.

Offered at these four locations is the “Palace Honey Toast” (1,130 yen [tax]), “Hero Coffee Float” (650 yen [tax]) and two other kinds of soft drinks. An original post card is given with menu orders from the karaoke menu. 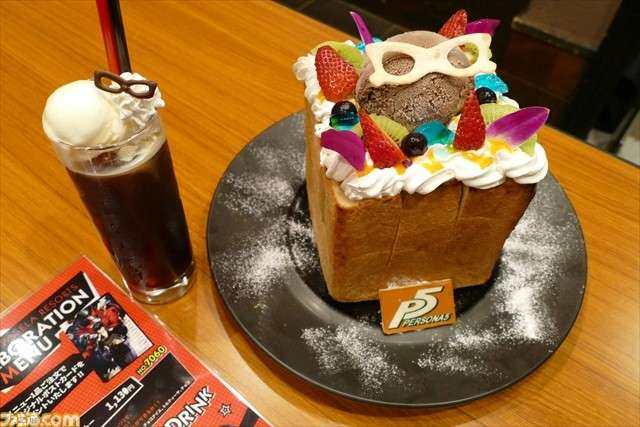 Pasela Resorts is a coffee shop chain which doubles as a karaoke bar. This will be the ninth Persona cafe collaboration with Pasela Resorts, with the others having been the following: