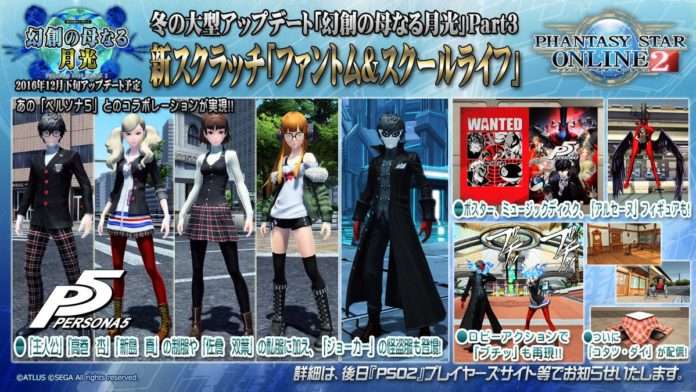 Following the announcement at the Tokyo Game Show 2016 that there would be a collaboration between Persona 5 and Phantasy Star Online 2, new details for it have surfaced at the Sega Festival event.

The following costumes will be made available as a “Phantom & School Life” set, as part of the collaboration in Phantasy Star Online 2:

These costumes will enable summoning poses and corresponding onomatopoeia to appear in a lobby.

The collaboration will begin in late December 2016, and more updates for it will be announced at a later date.