A “Persona 5 X Princess Cafe” collaboration had previously been announced to take place in Japan starting next month, and some more details for it have been revealed. 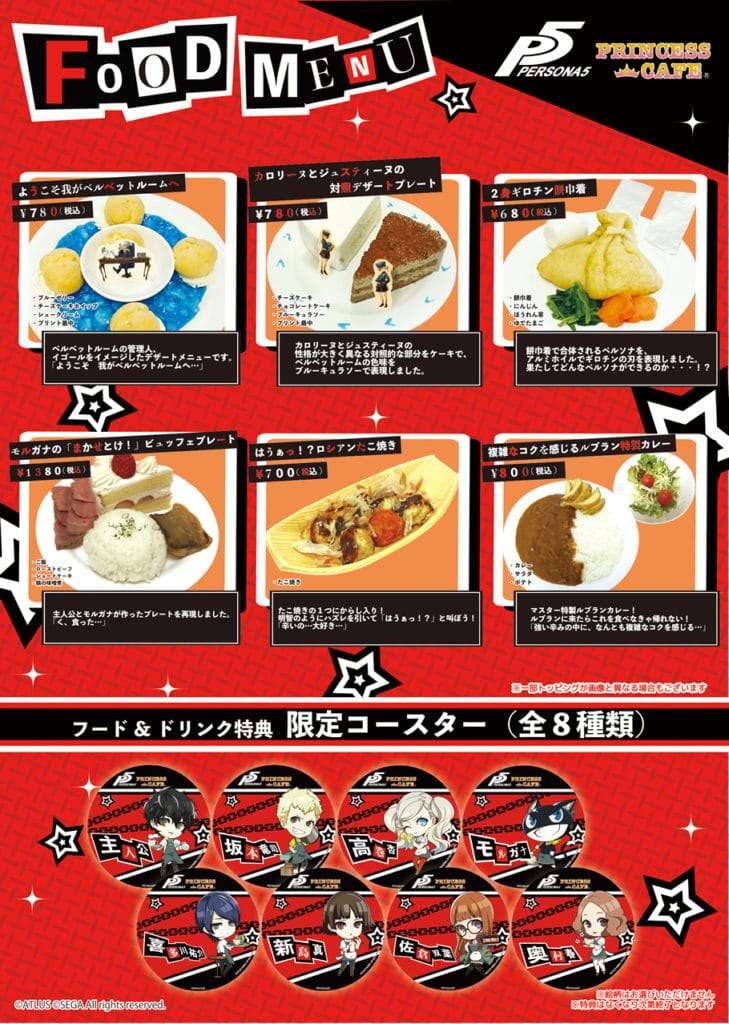 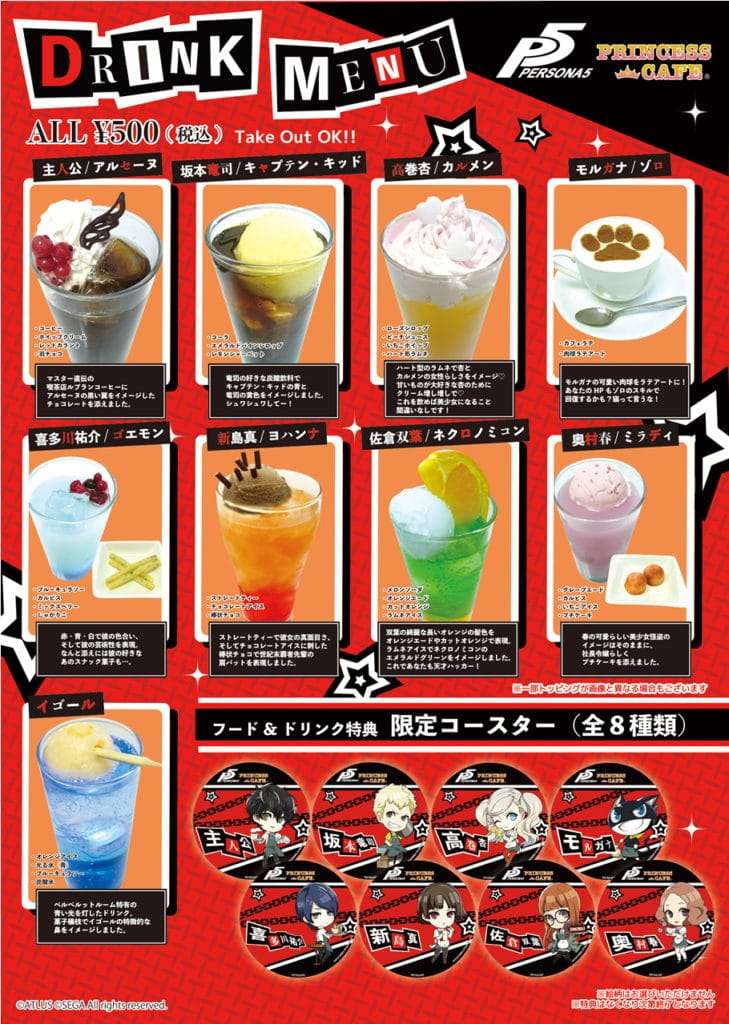 Ordering an item from the food or drink menu will include a randomly selected, unique Persona 5 coaster among eight different ones. 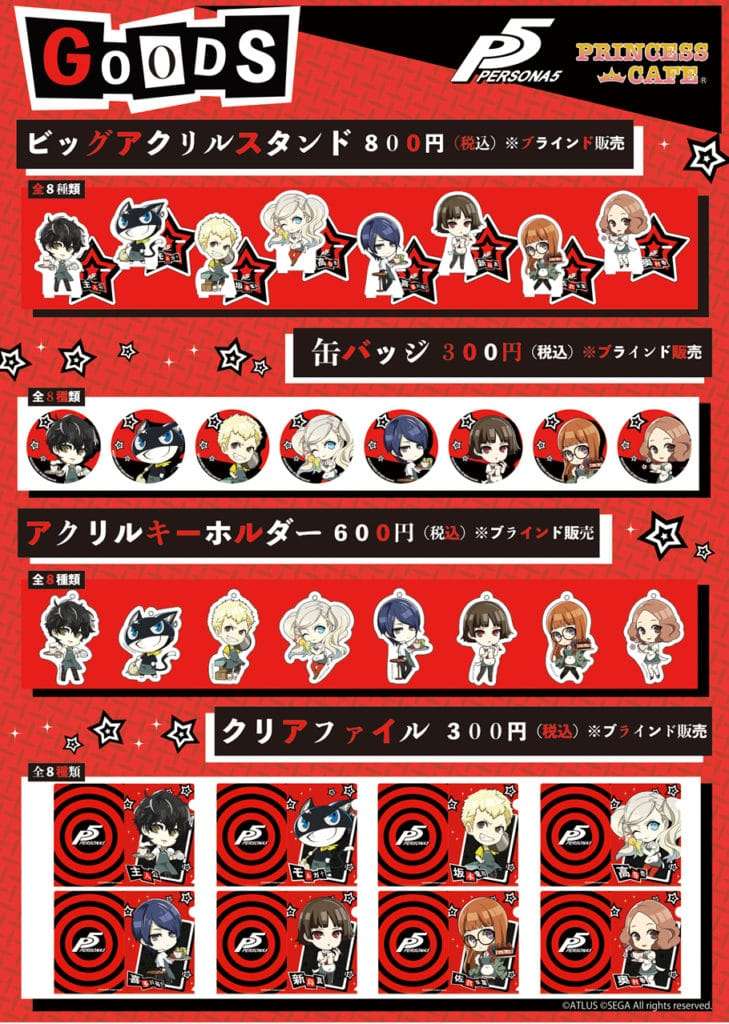 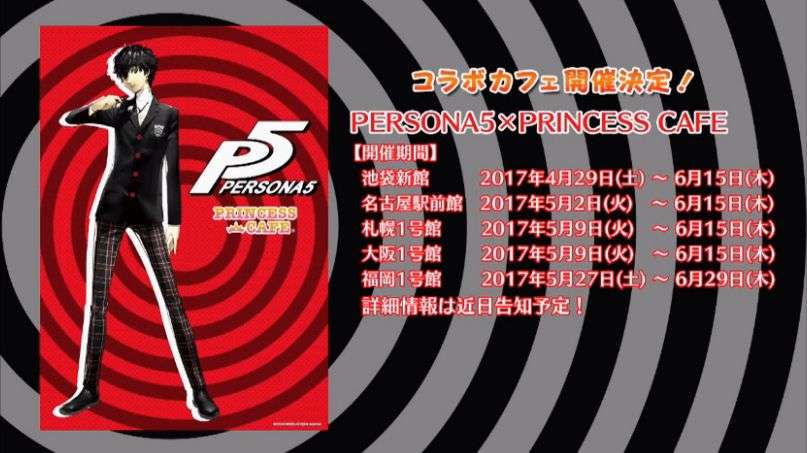