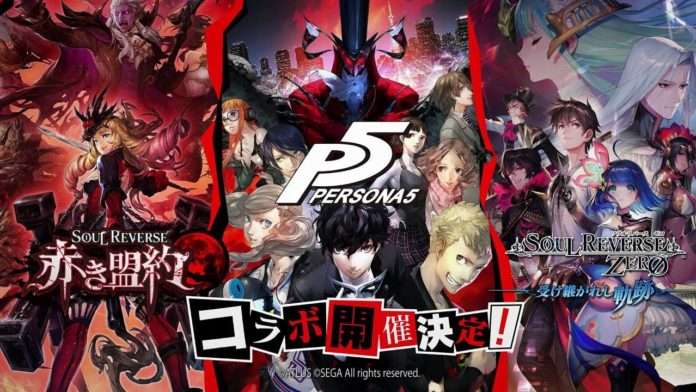 Through a teaser trailer, Sega Interactive Enterainment has announced that Persona 5 will be having collaboration events with the Soul Reverse fantasy RPG series for arcades and smartphones in Japan. The collaboration will begin in September 2018.

The collaboration will feature the arcade game “Soul Reverse,” an action RPG released in February 2018. The game supports up to 10 vs. 10 players, where both teams summon spirits to battle.

The Persona 5 collaboration will also involve “Soul Reverse Zero,” a free-to-play RPG for Android and iOS, released in November 2016 in Japan.

The live stream will consist of new information released, along with a “Battle Tournament” event between special guests, for a total of 10 people against 10 people in the arcade version of the game.