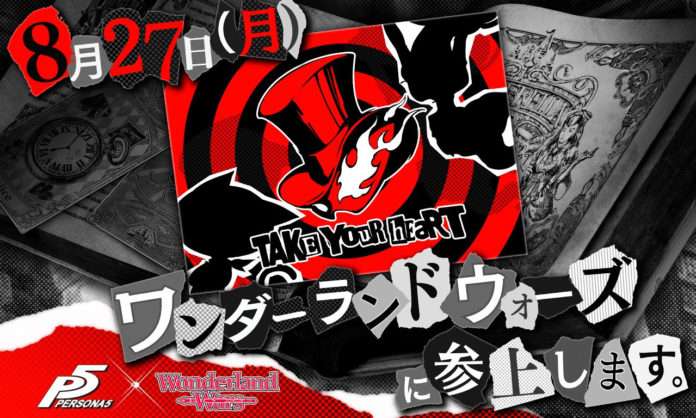 Update (2018-08-26): The content of the collaboration has been announced, with “Morgana” and “Panther” being added as special assist cards, with items for 5 personas. Additionally, a limited title will be offered to those who play the game during the collaboration event.

The collaboration period will last from August 27 to September 17. 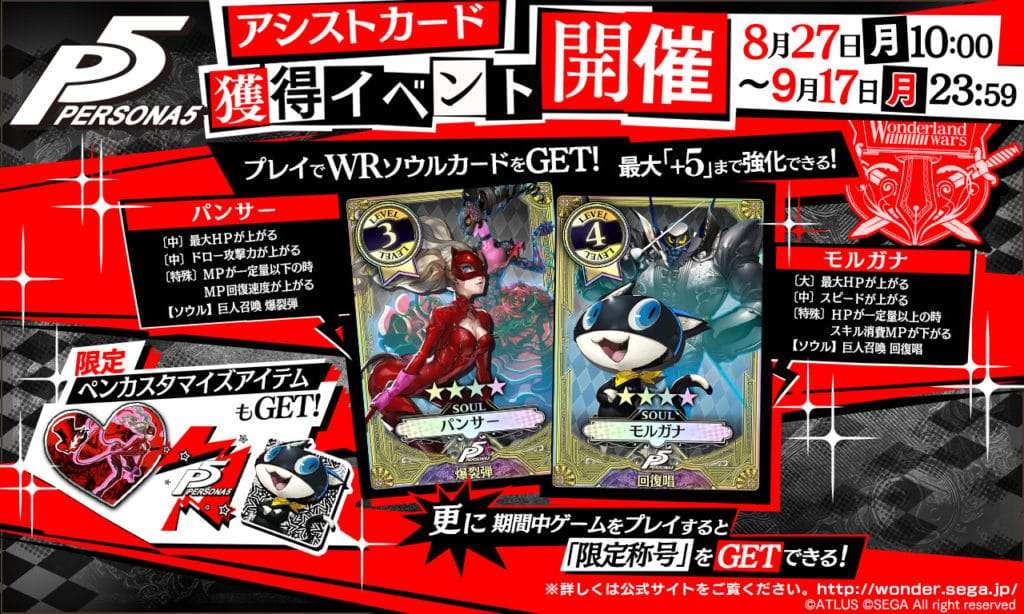 The official Wonderland Wars Twitter account has teased an upcoming collaboration with Persona 5, with more information on it to be released on August 26 at 9:00 PM JST (5:00 AM PDT / 8:00 AM EDT).

According to the teaser image which shows Morgana in a silhouette, the collaboration will presumably begin on August 27th. 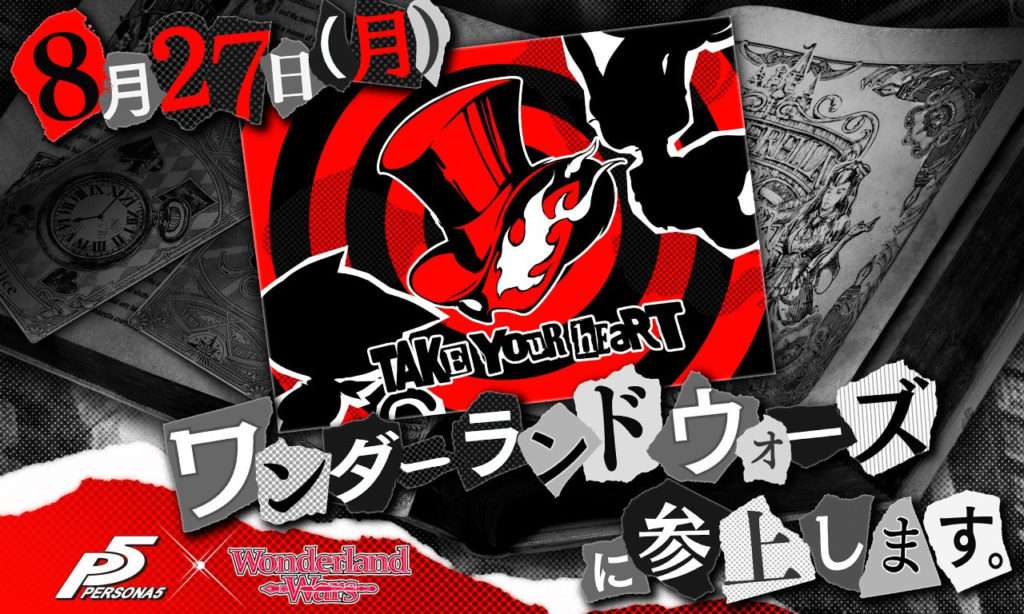 A description of Wonderland Wars, via Crunchyroll:

[Released in February 2015], Wonderland Wars[is] a 4-on-4 arcade MOBA (Multiplayer-Online-Battle-Arena) in which players use a sort of fountain pen-style stylus on a touch screen to attack the opposing castle with teams of fighters, attackers and supporters from fairy tales, legends and other fantasies.

This is the third collaboration between Persona 5 and an arcade game, following the Lord of Vermilion Re:3 one in December 2016, and the first Sega collaboration that was recently announced for Soul Reverse.