A collaboration between Persona 5 and SEGA’s arcade game, Wonderland Wars has been announced. The collaboration will add Joker as a playable character to the game.

A Joker acquisition event will be held from June 17, 2019 to July 7, 2019. During this time, Joker will be obtainable from logging in. Additionally, the previous Persona 5 collaboration will be re-run for the duration of the event. 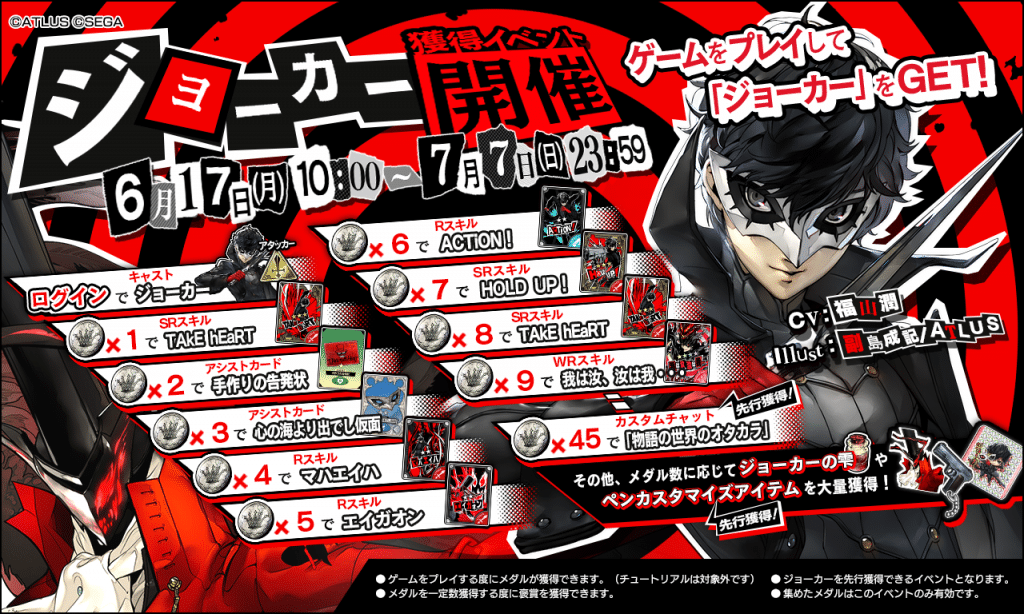 A list of the six skill cards that accompany Joker: