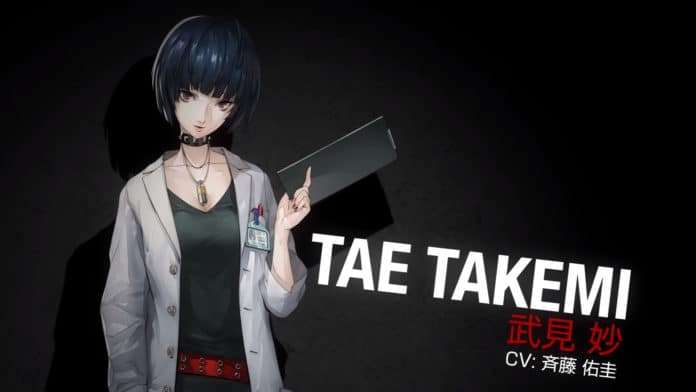 Voiced by Hisao Egawa, Munehisa is a shopkeeper who sells the Phantom Thieves airsoft guns.

Voiced by Jouji Nakata, Sojiro is Futaba Sakura’s father, and the caretaker of the main protagonist while he lives in Tokyo. He is also the owner of the coffee shop where the protagonist lives.

Voiced by Yuka Saitō, Tae is a doctor and a shopkeeper who sells the protagonist items.

These are “Cooperation” characters, which is Persona 5‘s take on the “Social Link” system from Persona 3 and Persona 4.

By meeting people at school and in the city with various skills, abilities and interests, relationships based on trust—as the interests between the player and the character align—can be built with a “co-op” theme. These bonds are mutually advantageous, resulting in collaborations that deepen the ties between characters and give the player access to certain abilities as a Phantom Thief.

The tarot cards from the previous games have been redesigned to fit Persona 5‘s aesthetic, and the French language is used for their names.

The official website has been updated accordingly, with the “School Life,” “Phantom Life” and “Cooperation” pages released.