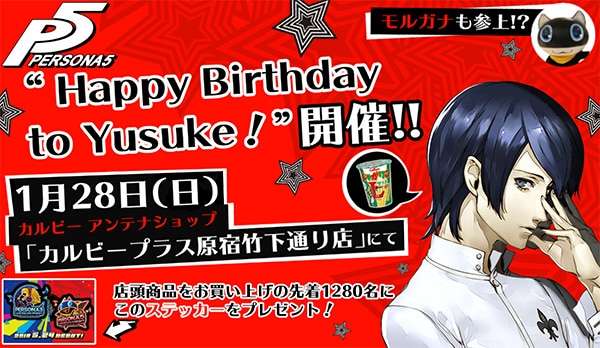 In collaboration with Japanese snack food maker Calbee, a collaboration was held at the Calbee Plus Harajuku Takeshita street shop for the “Happy Birthday to Yusuke!” celebration event. It took place on January 28, from 9:30 AM JST to 8:30 PM JST. 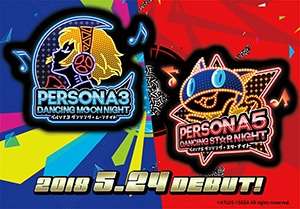 Pictures from the event:

The collaboration videos released by Atlus for the event were two “Jagariko Acting Ability Interviews.” From Anime News Network:

Jagarico is Calbee‘s popular potato stick snack that comes in a variety of flavors such as cheese, salad, or limited-edition varieties. The “Jagarico Acting Ability Interview” dates back to at least 2015 and involves saying “Jagarico” to the beat of music as a type of acting challenge. The person attempting the challenge replies to prompts about how to perform the word, and they must say the word within the proper number of beats without hesitation. Many people in Japan have posted their attempts on social media.