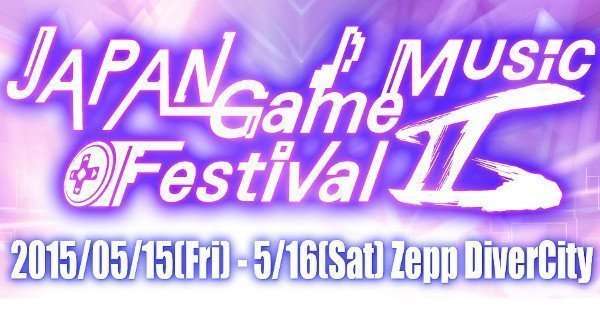 Taking place on May 15th and May 16th, 2015, The Japan Game Music Festival II—announced in November 2014—has had Persona series musicians announced for it.

Update (2015-04-25): Announced on March 25, 2015, the Japan Game Music Festival II has unfortunately been cancelled, and refunds are planned for those who already paid for tickets.

The Japan Game Music Festival II is the successor to 2013’s event which took place in June. It is a video game related music festival that features a variety of artists from several game companies, with the goal of letting fans experience live renditions of their favorite music.

Another Atlus related music group that will be present during JGMFII is the ‘SQ F.O.E. band’, which will be playing Etrian Odyssey related music.