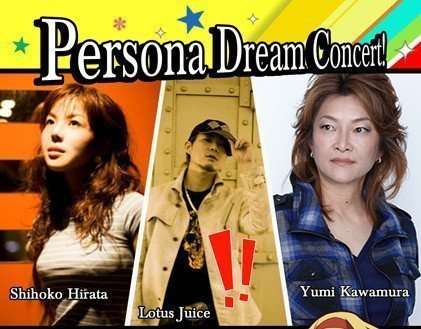 A Persona music event named “Persona Dream Concert” has been announced to take place at Taiyou Con in Mesa, Arizona, on January 16-18, 2015.

The Persona Dream Concert will feature Persona series music artists Shihoko Hirata, Lotus Juice and Yumi Kawamura, and it will be the first Persona music concert to be held outside of Japan.

Ticketing information will be announced at a later date. 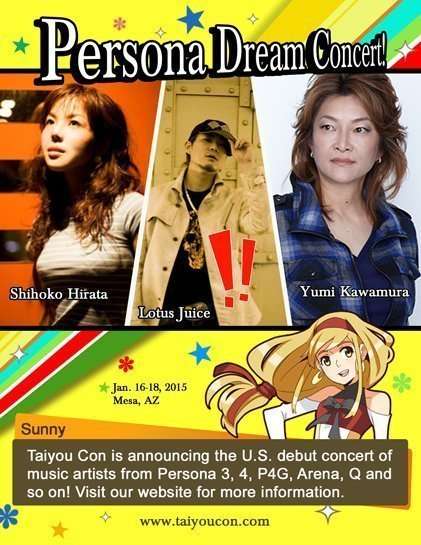