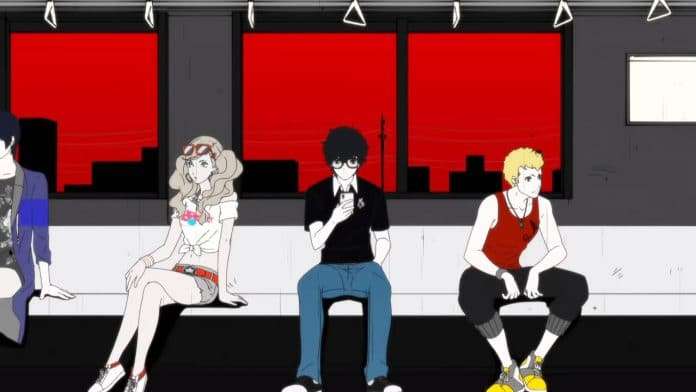 Ever since its release on September 15, 2016, Persona 5 has proven to be a very important brand for Atlus, producing many projects derived from the original game in a short period of time. From anime, to manga, to a stage show, to merchandise, to numerous mobile game collaborations, Persona 5‘s popularity remains strong.

Among the Persona 5 projects created after its launch are, of course, the spin-off games and the expanded release developed by Atlus. Below is a development timeline of those post-Persona 5 games, along with details of their development cycles provided in interviews.

Information on the trials and tribulations of the Persona Team during this period of time can be read in a previous post.

The focus of this article is on everything that happened after Persona 5 (hereinafter P5), so the timeline doesn’t go further back. P5 had been in development for at least 6 years (including planning), with active development having begun around August 2011 and development finished by May 2016.

For a more elaborate timeline of Persona 5 development news and mentions from July 2009 to January 2016, see the related post.

During the launch event for P4D in June 2015, the director and producer Kazuhisa Wada said that Atlus would consider a “Persona 3 Dancing” game if P4D sold well, and that they had already been looking into the possibility. P4D was a success, and thus the Persona Team was motivated to work on a P3D.

While planning for P3D was underway, Wada was confident that P5 would be successful. As a result, the team thought that they should also make a P5 dancing game for Persona 5 fans, so the development for Persona 5: Dancing in Starlight (hereinafter P5D) began alongside P3D.

While the planning for both titles was finished before the release of P5, there was a hiatus before active development when the Persona Team’s full capabilities were required to complete P5. Development was resumed further down the line, which would likely be around the start of 2016, when development on P5 started to cool down and retailers began to receive details on P5’s release date internally.

As the Persona Team’s “production manager & creative producer” overseeing all of the studio’s projects in some capacity, the reason why Wada would have had to step down as the director for P3D & P5D would be because of the other projects developed simultaneously, outlined below: Persona Q2: New Cinema Labyrinth, Persona 5 Royal, and Persona 5 Scramble: The Phantom Strikers. 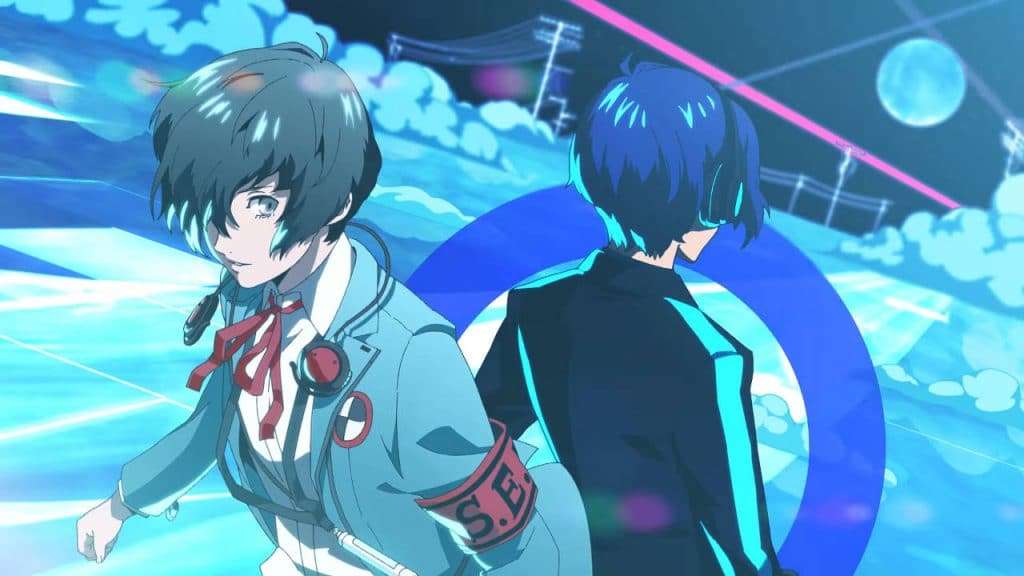 The animation team responsible for the openings of both P3D and P5D, domerica, was brought into the project at the beginning of 2017.

Development for P3D and P5D had reached its climax in November 2017, both games had been finished by December 2017. The games were released in Japan on May 24, 2018. P3D and P5D were the titles with the fastest development cycle of the post-P5 games, and with a small amount of staff members of around 10-15 at the most working on the rhythm games at any given time.

Planning and active development for Persona Q2: New Cinema Labyrinth (hereinafter PQ2) began after the completion of P5. The first game—Persona Q: Shadow of the Labyrinth—had been well received and the team was motivated to make a sequel. However, development had to be quick because the game would need to be on the Nintendo 3DS, which would be after the release of the Nintendo Switch.

Daisuke Kaneda, the director for the first Persona Q, could not reprise his role on PQ2 because he was working on another title at the time (this would be Persona 5 Scramble), so he stayed on as producer while Yuta Aihara became the director.

The development for PQ2 was 80% complete as of early August 2018. The moment development was finished was not explicitly stated, however it would likely be around the time Atlus started holding public demos for PQ2, which began in late September 2018. PQ2 was released in Japan on November 29, 2018. 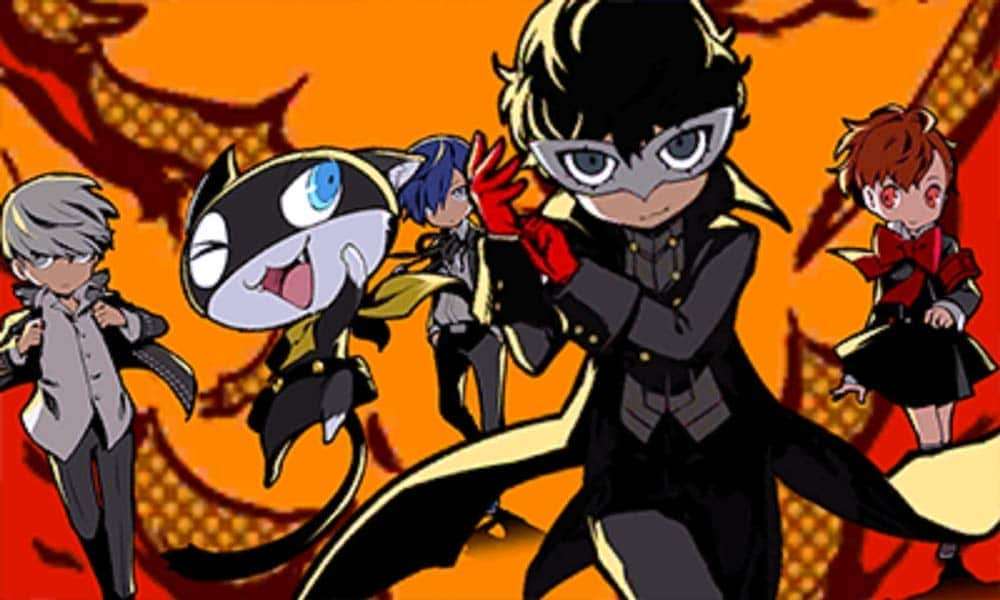 According to director Daiki Ito, the planning for Persona 5 Royal (hereinafter P5R) began shortly after work on P5 was finished in May 2016. This checks out with the reason producer Kazuhisa Wada left his role as director for P3D & P5D described earlier.

From the “Persona 5 Royal Official Complete Guide” interview with composer Shoji Meguro, he states that production for the game was decided in 2017, and that he started work on the opening song “Colors Flying High” in September 2017. As Meguro has discussed in an interview with Glixel, Atlus makes demos early in development, and the team creates the scenario, script, and overall environment along with visuals before the music is added.

Having started off as director for the rhythm games, Wada eventually became involved with all of the other projects shortly after active development began on P3D & P5D. He would eventually join P5R as producer after it had already been in development for a while, and Wada would have a lot to catch up on.

P5R was in its final phase of development by May 2019. Development on the game was finished 3 months later, in August 2019. According to Wada, P5R is the biggest title Atlus has ever developed in terms of resources. 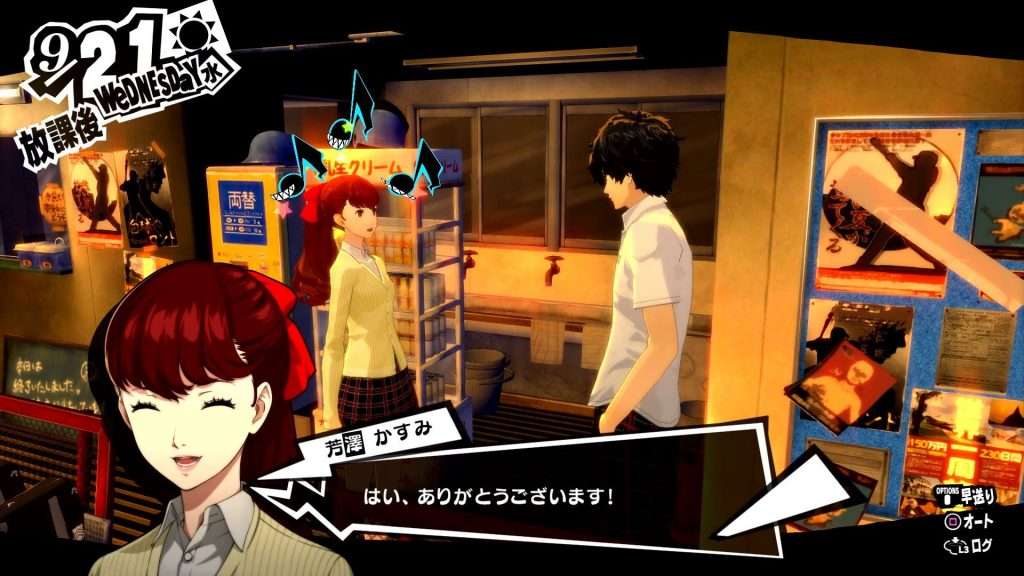 Active development for Persona 5 Scramble: The Phantom Strikers (hereinafter P5S) started at the beginning of September 2016, the month P5 was released in. Planning for the game had been in talks for a long time before then.

The proposal for P5S had come from Koei Tecmo Games. Worth noting is a Weekly Famitsu magazine survey in November 2015 where Atlus responded positively to the idea of cooperating with the company for a Persona “Warriors” genre game.

The planning for P5S had probably begun around the time development on P5 had ended in May 2016, which would align with producer Daisuke Kaneda being unable to reprise his role as director on PQ2 because he was working on another project at the time. 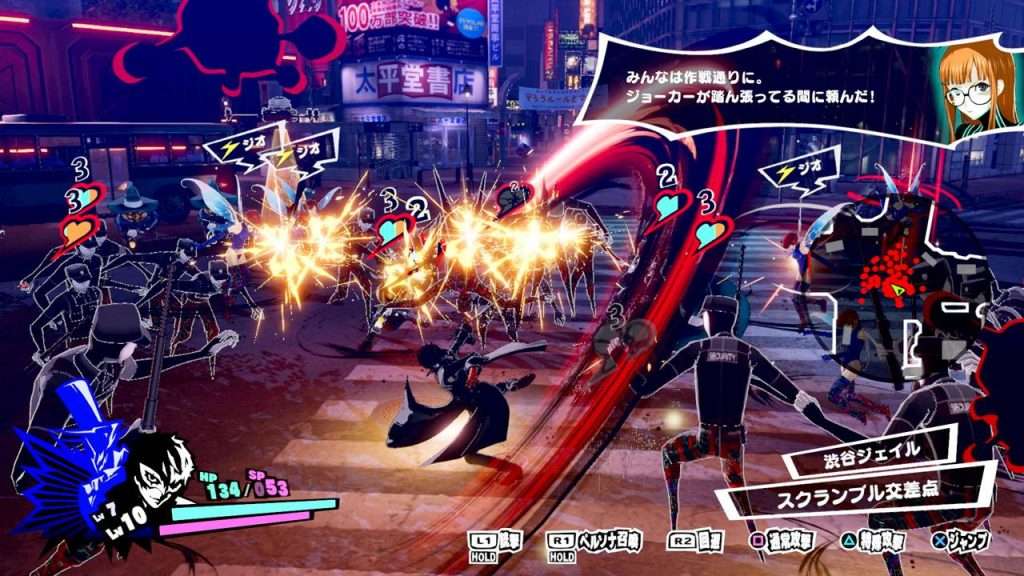 The development time for P5S took 3 years and a half, and the game’s scenario took 2 years to produce within that time.

As a direct sequel to P5, I would speculate the main reason P5S is missing notable elements from the previously released P5R would be because of how both games were in development at the same time. Handled by different teams simultaneously, P5S would be unable to easily integrate new elements introduced at different points during P5R’s development, such as new characters or new portrait artwork.

After Persona 5‘s long development cycle, and with the expectation that the game would be a success, the end of Persona 5′s development kickstarted the planning for each of the P5 derived games we know of today.

As the timeline indicates, Atlus director Kazuhisa Wada has discussed that there was a time when the Persona Team was working on three projects all at once (counting P3D & P5D as one, and excluding P5S, as the brunt of its development was handled by Koei Tecmo Games’ Omega Force). Wada and character designer Shigenori Soejima state that this period of time was grueling for the Persona Team.

Wada has expressed some regret for how hard things were during this period, but he says that work has become steadier as of 2020, after there was much to be done in 2019 and Wada had to think about what worked and what didn’t. Persona 5 Royal director Daiki Ito has teased that while there’s nothing concrete, planning for a Persona 6 has been in talks over at Atlus, at least since the end of P5R’s development.

With all of this in mind, P-Studio is preparing for the 25th anniversary of the Persona series in 2021, and exciting projects are surely going to be announced in the future.