Following the overview for the upcoming edition of Persona Magazine on February 23, the cover for the #2016 March issue has been revealed. 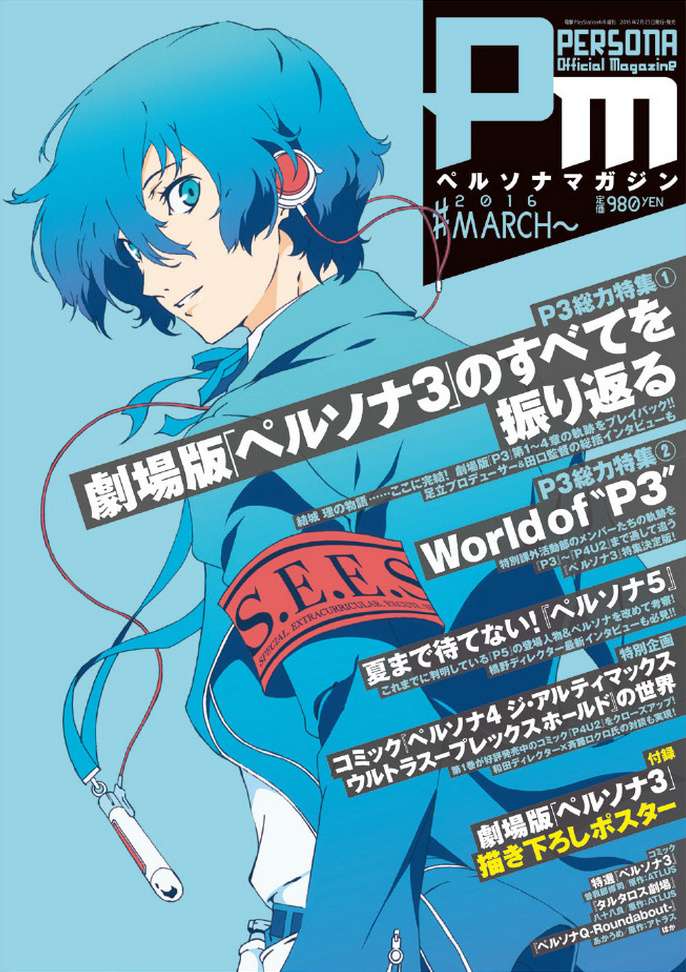 The contents of the magazine are the following:

The magazine will include the Persona 3 The Movie #4: Winter of Rebirth themed cover illustration as a B2 sized poster.

A look back on the movie version of “Persona 3”

I Can’t Wait Until Summer!