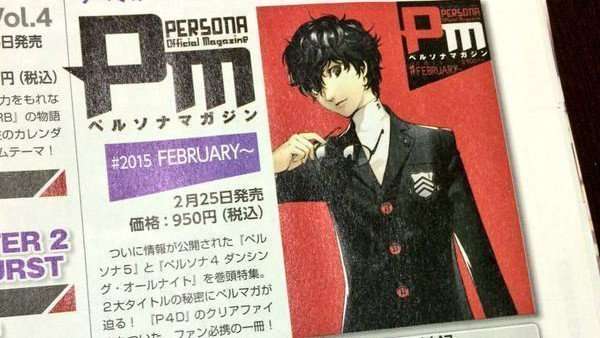 The cover for the upcoming February 25th issue of Persona Magazine, featuring the Persona 5 protagonist, has been revealed through a magazine promotion, via NeoGAF user arue. 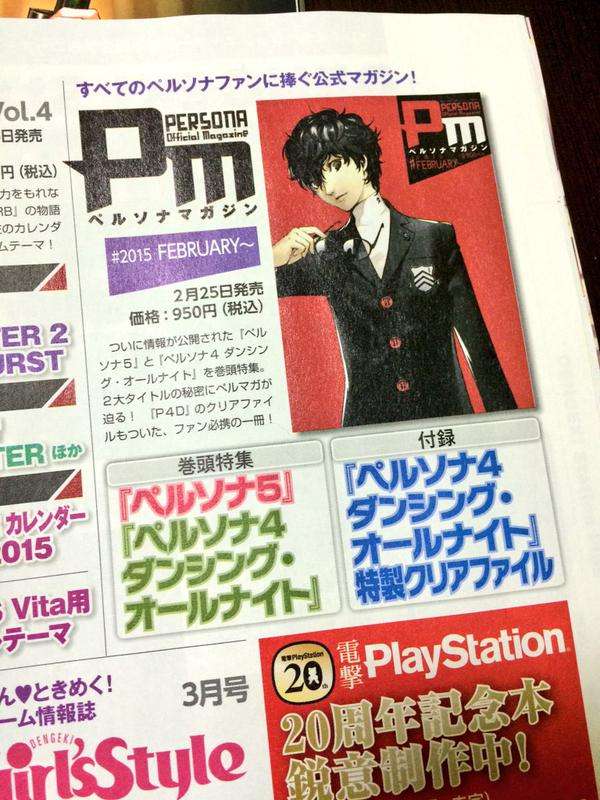 The issue of Persona Magazine releasing in February 2015 will feature Persona 5 and Persona 4: Dancing All Night, among other Persona related projects.

Persona Magazine #2015 February (considered the April 9th, 2015 issue, published by Kadokawa)  will release on February 25th, 2015, and is currently listed for 950 JPY on Amazon Japan.