Update (2017-02-03): The full version of the cover has been revealed via the magazine’s listing on Amazon Japan. 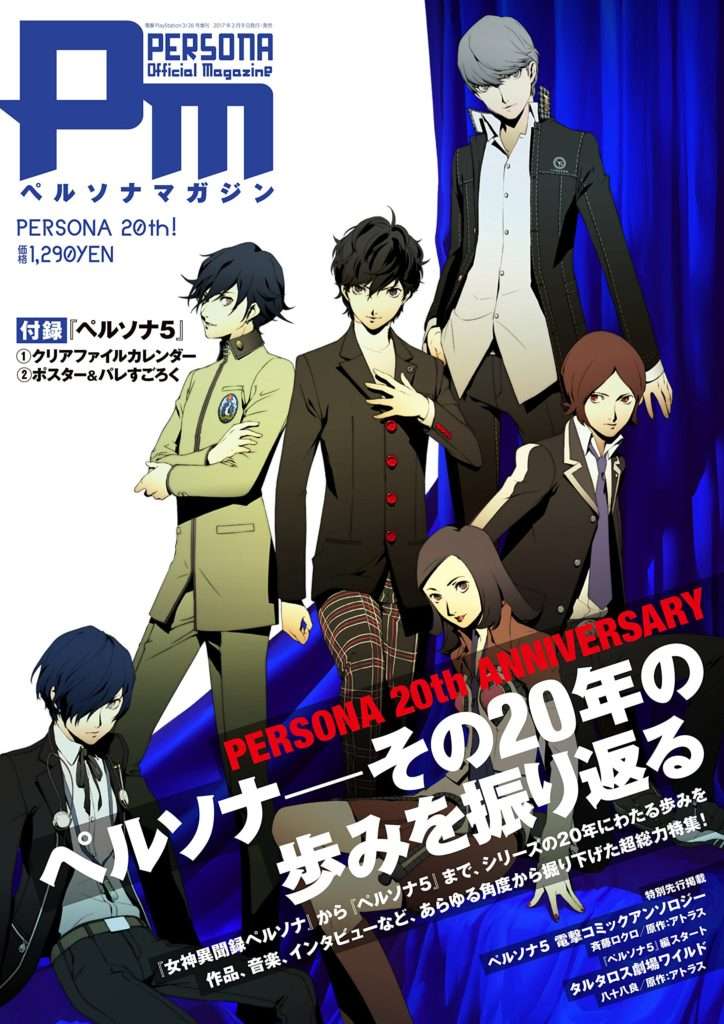 Following the announcement of the new issue of Persona Magazine to be released on February 9th—which is titled “Persona 20th!”—the cover art for it has been revealed. 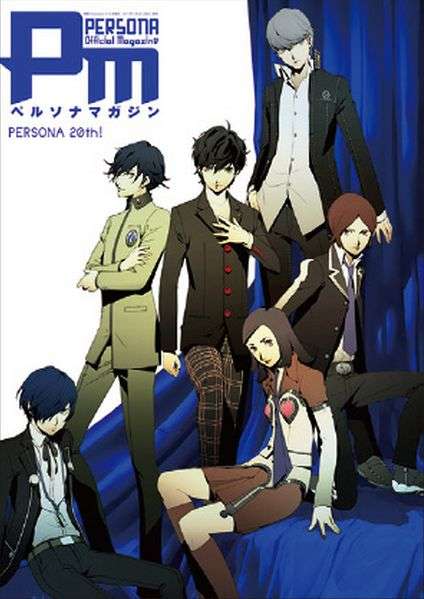 The cover art is from the key visual illustrated by series artist Shigenori Soejima that was for the “Persona 20th Fes” anniversary event last year.

This magazine will mainly be focusing on Persona‘s 20th anniversary events. The official description for the magazine:

A Persona fan must-have! This issue includes an interview with producer Katsura Hashino and Shigenori Soejima. Furthermore, in addition to a retrospective of each entry in the series, projects such as illustrations by prominent manga artists, large comic volumes, etc. are shown!