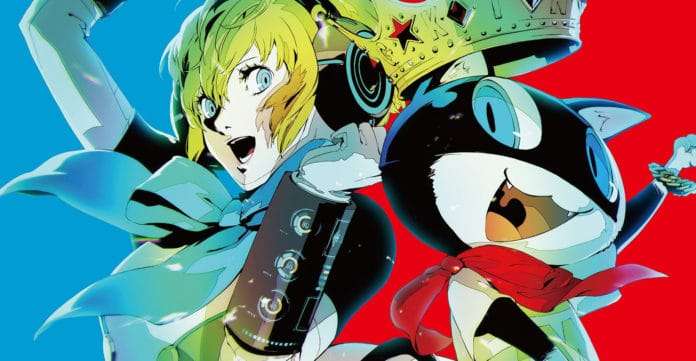 Sega Sammy released their annual report 2018 earlier this month, outlining the total worldwide unit sales (both physically shipped copies and digital downloads) for all three of the most significant Atlus franchises.

The Sega Sammy integrated report 2017 of the sales outline for last year can be seen in a previous post.

According to Sega Sammy’s integrated report 2018, the Persona series has sold a total of 9.3 million units (both packaged and digital) since its debut 22 years ago.

In last year’s annual report 2017, it was reported that the series had sold approximately 8.5 million units. Therefore, the Persona franchise has shipped about 800k more copies since then.

This 800k increase is mainly due to the Japanese and Traditional Chinese releases of Persona 3: Dancing in Moonlight and Persona 5: Dancing in Starlight. Additionally, there was the “New Price Edition” of Persona 5 released in Japan on September 6, 2018.

Since the original launch of Persona 5 on September 15, 2016 in Japan, and subsequently in North America on April 4, 2017, the game has shipped and digitally sold over 2.2 million copies worldwide.

Sega Sammy emphasizes this success in their integrated report:

Repeat sales of older titles have been rising robustly. For example, cumulative sales of Persona5, which we launched in April 2017, have surpassed 2.2 million units in Japan, North America, and Europe. This growth is proof that the product quality of our games is satisfying players worldwide and is, of course, a driver of profit margin improvement.

Group company ATLUS CO., LTD., released Persona5 overseas in 2017, and it ranked No. 1 overall in PlayStation® 4 ranking 2017 out of the huge number of games available, including the titles of global mega-publishers.

This game title is a successful hit with more than 2.2 million copies sold worldwide, and overseas sales are more than double the sales in Japan. I would like to stress that this success came despite the game being an RPG based on Japan’s view of the world, with Japanese high school students as the main protagonists in the story. 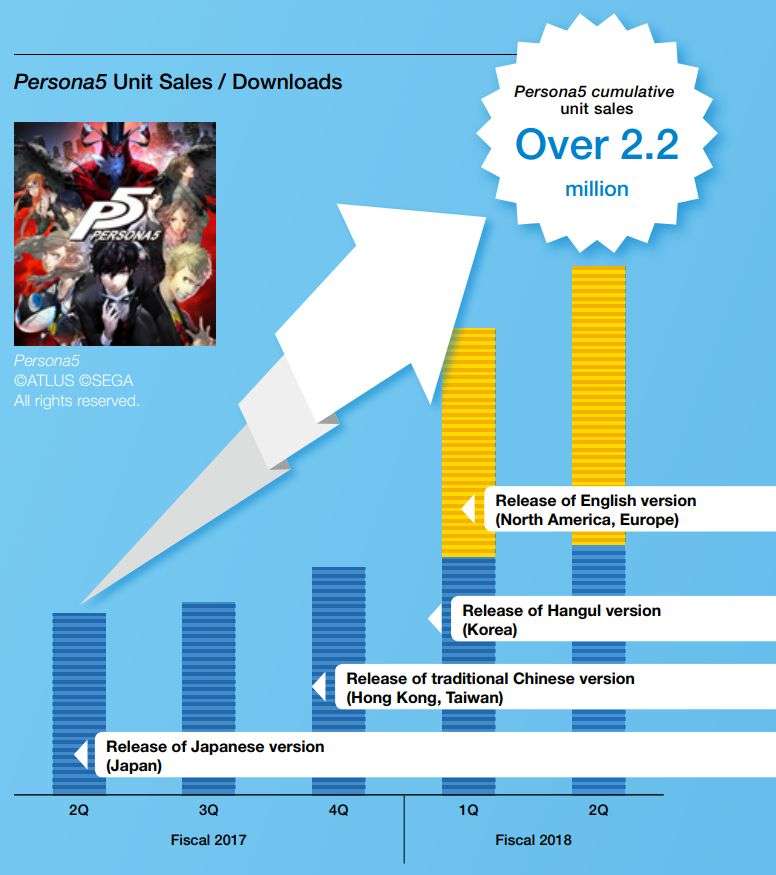 A graphic of overall Persona game sales in Japan from January 2017 can be found here.

The Megami Tensei series has sold over 12.4 million units (both packaged and digital) since its debut 31 years ago. This represents a substantial increase of 5.2 million units compared to the number from last year’s integrated report 2017.

The main reason behind this large increase is the free-to-play mobile game Shin Megami Tensei: Liberation Dx2, which was released in Japan on January 22nd and in North America on July 23rd. The game reached five million cumulative downloads on June 20, 2018.

The latest dedicated console release in the series was Shin Megami Tensei: Strange Journey Redux on October 26, 2017. It sold 61k copies in Japan during its first week of release.

The Etrian Odyssey series has sold 1.9 million units (both packaged and digital) since its debut 11 years ago. This is 100k more than the number reported in last year’s annual report.

This increase mainly comes from Etrian Odyssey Nexus, the latest title in the series, released in Japan on August 2, 2018. EOX sold 72k copies in its first week of release in Japan.