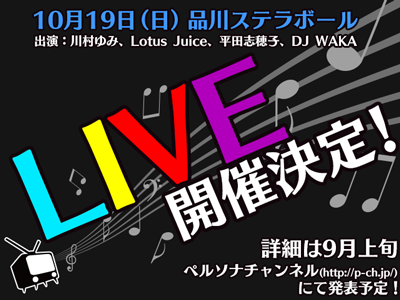 A Persona series music event has been announced for October 19, 2014. Performers there will include a known cast related to Persona music such as Yumi Kawamura, Lotus Juice, Shihoko Hirata and DJ WAKA.

The event will take place at the Shinagawa Stellar Ball and further details regarding the event will be announced in early September.