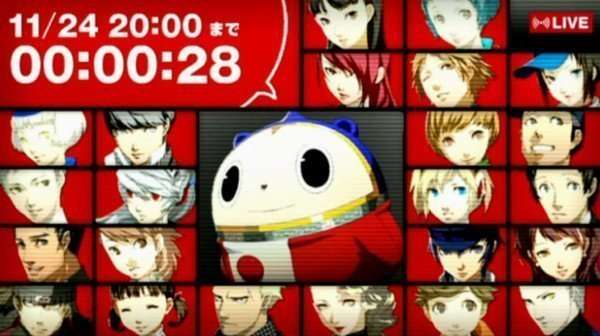 A live stream by the name of “News Flash! Persona Channel 2015” has been announced to take place on February 4, 2015, before the Persona Super Live 2015 concert occurring on February 5th.

The stream will last for over 30 hours and show off content sparing “no expense at conveying the charms of the Persona series,” as well as content featuring new information regarding the series. Persona 4 The Golden (PS Vita) the Best as well as Persona Super Live 2015 are included in the related content that will be broadcast during the event.

The live stream will be available on both a Niconico page (which hasn’t been provided yet), as well as directly from the Persona Channel website.

Before then, fans are able to vote on their favorite song from the Persona series through this link, as well as their favorite character in Persona 4 Golden. The voting period ends on January 30th.